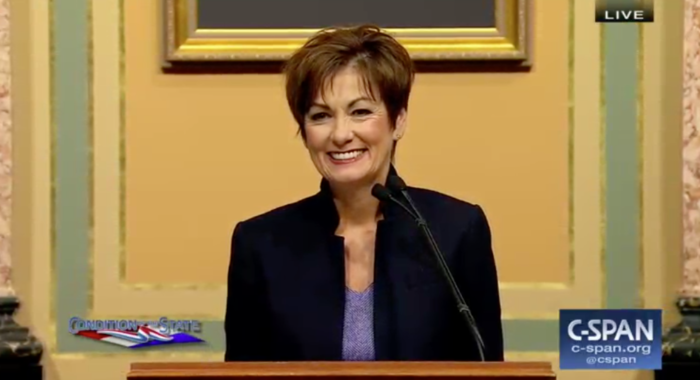 A recent Associated Press news story parsed through the repeated practice of Kim Reynolds, current governor of Iowa, of taking trips using planes owned by businessmen who do substantial business with the state. The most recent incident, involving a vendor handling state workers’ compensation claims, was approved by the executive director of the Iowa Ethics and Campaign Disclosure Board, so it must be ethical, right?

The reality is that ethics boards dominated by lawyers, such as Iowa’s board (the executive director and the board chair are both lawyers), tend to slip into a very bad habit of equating whether an action is ethical based on whether or not it is legal. To use another Iowa example from another agency, there are many hog lots now in rural Iowa that have met the “legality” tests on their placement and practices, but if you ask any adjacent neighbor, the smell is overpowering and undeniable.

I wrote in my blog a few months ago about the difference between legality and morality, and used this Venn diagram to illustrate.

As for the difference between the terms ethics and morality, I have posted about this overlapping language as well, but in short my distinction is that ethics is the study of the general principles behind moral choices. Morality, on the other hand, usually relates more to the perceived “goodness” or “badness” of particular human actions.

What the Venn diagram attempts to illustrate is that some actions fall into the “sphere” of legality, some in the “sphere” of morality, and some in both. A “5-over” speeding ticket would be a violation of the law, but few people would deem the speeder personally “immoral” or “unethical” for getting the ticket. Speeding 25 miles per hour over the limit, however, pushes one toward the shaded intersection of “unsafe driving,” which has more moral consequence. Likewise people lie all the time and are rarely prosecuted for it unless it it involves money, where the lie moves from being a simple “moral failing” toward illegal “fraud,” in the shaded area.

Two classes of people tend to combine the two circles into one. The first are religious fundamentalists (of any major religion) who regularly want to prosecute “sexual sin” and other violations of their sectarian scriptures. The second are lawyers who like to say, “My client’s actions are not technically illegal, so they are totally innocent!” (And watch out for religiously-fundamentalist lawyers who want to sit on the Supreme Court!).

“Ethics boards” tend to get caught up in this trap. If you filled out all the forms correctly, and checked all the boxes, then you are deemed “ethical” in your campaign. They will never rule on “the smell” coming from any campaign.

But I am not on the Iowa Ethics and Campaign Disclosure Board, so let me acknowledge the “flatulence in church” and assert that the close tie between rich state vendors and a candidate for governor stinks to high heaven. Republicans have already trashed the (dare I say “ethical/moral”?) principle of “one person, one vote” in this country, replacing it with “one dollar, one vote.” We know where the Governor stands on this issue because of her actions. It’s that simple, and I didn’t need a form to determine that.

In the mid-1990s, in the wake of the Savings and Loan industry collapse (these days an expensive lesson forgotten), I embarked on a study, which turned unto a graduate thesis, of the numerous failures of long-established standards of accounting ethics that precipitated this crisis. Some of my fellow CPAs even went to prison, having crossed not only “professional ethics” lines, but legal ones as well.

The study tracked (in pre-internet days, by the way) every significant published writing on accounting professional ethics related to audit practices (all of the failed S&Ls having received “clean” audits by their CPA firms) looking for any source, and often “the source of the source,” that referenced, in any way, some larger principle of ethics beyond “We made up this rule and you must follow it.” Some philosopher of ethics, maybe, or even a shared religious tradition that might guide the formation of these rules or other “ethical” actions in performing the process of an independent business audit.

In short, I found so few references to classical foundations that I could cite them all in a couple of pages, and most of these were passing references to a philosophy traced back to Immanuel Kant (1724 – 1804) and Jeremy Bentham (1748 – 1832) called rule deontology. In this theory, the best rules are those that you are willing to apply to everyone equally.

The problem here is that this is not an equal world. While the Iowa Ethics and Campaign Disclosure Board might see an “equal application” of their rules regarding influence over state leaders by “big money” donors and vendors, the reality is that Iowans of lesser means get stuck “smelling the hog lot.”

During the Kavanaugh Supreme Court hearings, Chief Justice John Roberts’ now-famous claim of “I’m just an umpire calling balls and strikes” kept being cited. The reality is that the game these people are calling in America usually has the New York Yankees facing my small Iowa town’s Little League team.

Richard Lindgren is Emeritus Professor of Business at Graceland University in Lamoni, Iowa. A retired CPA, he is a past president of the Lamoni Development Corporation. He blogs at godplaysdice.com.

Editor’s note: On September 13 Governor Reynolds answered reporters’ questions about the free flight provided by a state vendor. You can read the full transcript here. Excerpt:

Reynolds: Anytime that we do that, we always run anything through ethics, which I did at both times. to make sure that we are not doing anything wrong. Like this last time, ethics okayed it, we disclosed it. We are very transparent about everything we do. I think that’s probably how they found out, is through the disclosure. We want to make sure that Iowans know what we are doing. Unlike Fred Hubbell, who gave away millions of dollars to a company that he was personally invested in.

Reporter: When you are getting on the plane, does it cross your mind that there is an appearance of impropriety?
Reynolds: No, because I took the steps on the front end. I wanted to make sure that we weren’t doing anything wrong.