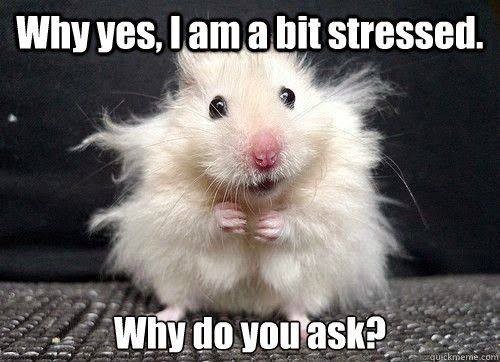 Please, for the sake of the nation (and my heart, body and soul)

Laura Hubka chairs the Howard County Democrats, is vice chair of the Iowa Democratic Party’s Disability Caucus, and is the first district liaison to the party for the Veterans Caucus. -promoted by desmoinesdem

I decided to go to Obama.org just to check it out after looking at one of President Barack Obama’s posts on Twitter (my heart jumped and sank at writing that last statement). It was full of videos from the campaign in 2008. Almost all of it from Iowa. Young people, music, chanting and all the excitement of what could be. The hope, the change, the light in the peoples faces. I had to fight back the tears.

I feel like something inside me has faded. A light inside me is dim. I am afraid that the winds of change from 2016 have blown out my candle. I keep trying to light it but it is like lighting a wet wick. I can’t seem to find a hot enough fire. My heart literally aches.

I spend my days in one type of anxious state or another. I feel no hope and I see all my fears seem to be coming to pass. EPA rules thrown away. Native American land up for sale and open for mining and pipelines. Coal ash being dumped in waterways and a never ending barrage of tweets that make me sicker. Equality and basic human rights are being abandoned and some of my closest friends seem to be making excuses to defend this…man. The one we MUST call president. He holds the title.

I have some days that I feel better, although not many. I want to find hope. I want to see the light at the end of the tunnel. But it is dark in there and I am afraid to go in. Its cold and scary. Its like the space in the movie “IT” by Stephen King. Everyone floating around with their eyes blinded over, just waiting unwittingly to be eaten, nothing but bones left on the floor.

I know not many people will change their minds before election day. But all I can do is keep trying, even though my stomach hurts and my brain feels like I have a hangover. It doesn’t take much to make me mad anymore. My fuse is short and it gets harder and harder to control the anger I have towards those who want to find an excuse to defend the egotistical maniac we have as a president.

He is playing stupid to win over the lowest common denominator in the public psyche. It’s not so much that all the voters are stupid. I am not saying that. It’s just that they are asleep in their delusions. They still want to find hope. They are dreaming that somehow they are just one job from making enough to live off of. They are just waiting for the “tough guy” to figure it all out and suddenly they will be making six figures. They want to believe that the megalomaniac somehow left his millions/billions of dollars behind to come save them from themselves. He is going to make the businesses do the right thing and suddenly their boss is going to pay them more because “that one time that my company gave us all a thousand bucks,” “Obama never made them do that.”

I feel that most of the activists are standing around in a circle. Looking at each other. Our candidates’ cowboy cards in our hands and confusion on our faces. No one wants to be the first to let go, let loose and cry. We have our game faces on because there is SO much to lose. So much at stake.

There has never been a more important midterm election in my life. Maybe ever. So many of us are deflated and struggling. It’s so hard on all of us. All we have IS each other. The clock is ticking and we have to depend on a populace that often feels betrayed and ignored and victimized. What the hell do you do with that? Tell them you feel their pain? Tell them that there is hope? You sure as hell can’t tell them how you really feel. CONFUSED.

How did we let this happen? Who ripped the scab off and let all the infection run out?

No more bullshit lines: “I say this now to get elected, but just wait until I get in.” That doesn’t work anymore. People have internet access at every minute of everyday. They have alerts on their phones and they know exactly how to follow their elected officials and get alerts on their phones when votes take place. We CAN NOT argue that we stand up for something and then turn the other way when our elected officials vote the other way. WE HAVE GOT TO STAND FOR SOMETHING.

Two minutes after one of those “TRAITOR” votes happen 100 people have shared it with 10,000 people who share it with a million more. There is no more escape, no more hiding. Then our activists go to the doors and have to find an excuse for our own party. It has become impossible not to start to feel like shrugging. What can you say?

Please, for the sake of the nation. Let’s take a stand and actually stand there. Let’s excite a nation. No one wants excuses anymore. We want change and hope and TRUTH.