Yes, Grassley. The senator announced this week that he'll apply for federal farm bailout money. Despite being worth $3.3 million. Despite working full-time as a U.S. senator since 1981. Despite his criticism of government assistance for the poor.

In an October 4 Des Moines Register story, Grassley said, "I would brag to you, actually, that this experience of mine -- not being an absentee landlord but suffering what farmers suffer and being joyful when they are joyful -- is a good experience for a senator from an agricultural state to have."

I have no doubt that actual farmers -- those who work the land day in and day out -- suffer plenty, especially given President Donald Trump's trade tariffs and the extreme weather of the New Climate Era. I'm sure there are plenty of ways a U.S. senator suffers, too. But I'm also certain that, given such a powerful position that comes with incomparable prestige and privilege, the joys far outweigh the suffering.

So, just as Grassley earned a reality check when he announced last December that the poor "are just spending every darn penny they have, whether it’s on booze or women or movies,” it's time for another -- drum roll please -- Grassley reality check!

Once and for all, Senator, please put to rest the myth that you're a farmer. You might have been a farmer many decades ago, but you're now a career politician. You don't tout that fact because voters don't like career politicians. But if the truth doesn't always set you free, it's at least refreshing. So I'd like to suggest this slogan for your 2022 re-election campaign: "Vote Grassley, Iowa's Leading Career Politician."

No doubt, there are plenty of farmers hurting due to the tariffs, farmers who could use a shot in the arm. Grassley's not one of them. His justification for taking bailout money as "equal treatment for everybody" rings as hollow as an empty grain bin. Everyone's not equal, Senator. To pretend that you, as a U.S. senator worth $3.3 million, share much in common with the average Iowa farmer is creative accounting at best.

Ironically, as more consumers localize their food sources, potential beneficiaries of Trump's tariffs are small farmers raising so-called "non-traditional" crops. (I use quotation marks because, face it, heirloom fruits and vegetables are a heckuva lot more traditional than GMO corn and beans.) That includes farmers like . . . me! 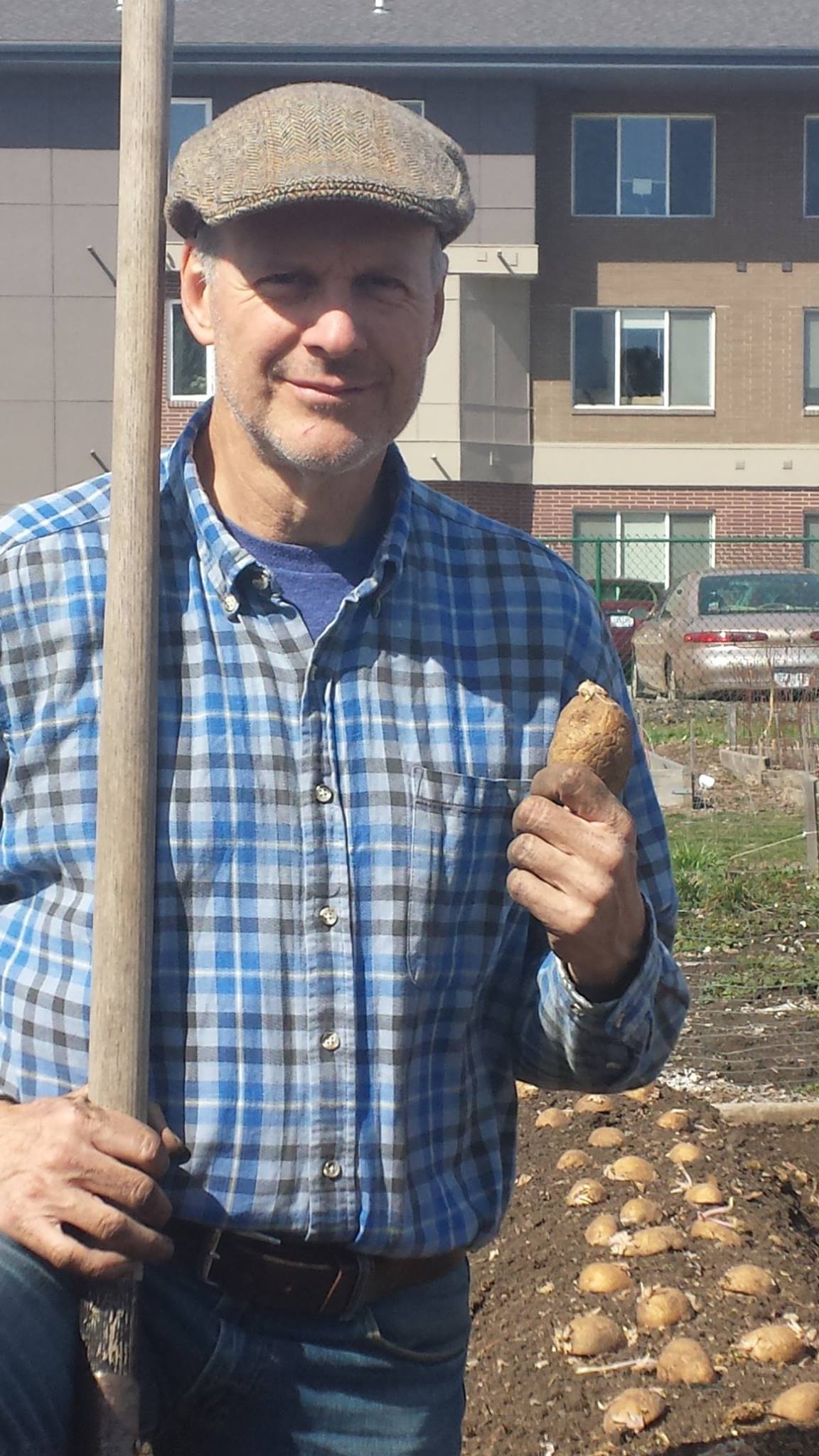 The official definition of a farm is "any place from which $1,000 or more of agricultural products were produced and sold, or normally would have been sold, during the year." Yeah, the Birds and Bees Urban Farm that Kathy Byrnes and I operate in Sherman Hill is officially a farm. I would wager a hefty sum of produce that Kathy and I do a lot more hands-on farm work than Senator Grassley has done in a long, long time.

Grassley's "equal treatment for everybody" got me thinking, "Where's our bailout?" So I called the USDA Farm Service Agency to enquire. I learned, alas, that the bailout only applies to farmers raising corn, soybeans, hogs, dairy, almonds, and cherries -- some of the same crops that already receive hefty taxpayer subsidies.

I'm not opposed to some system of price support for agriculture. Food production is too unreliable -- and too important -- to not provide a back-up plan to assure farmers don't lose everything when there's a bad year, or two, or three. But the only explanation for farm subsidies targeted to just a handful of commodity crops is the political and monetary clout of Big Ag. No Iowa farmer ever got crazy rich growing garlic -- and no garlic farmer is rich enough to sway federal farm policy.

It's time to revisit government support for agriculture. If we must have subsidies, let's target them to farmers who actually need them, and not merely to those raising crops primarily destined for export. And to be clear, Birds and Bees Urban Farm will never ask for nor accept government handouts. There is strength in diversity, and with over three dozen products, we always have plenty of products that do well even as some fail. We don't want or need the government's help.

I want to encourage Senator Grassley to boldly go where few big farmers have gone before and say "No!" to taxpayer handouts. Taking him at his word -- that as a farmer, he has suffered -- Kathy and I today brought Senator Grassley some of the bounty of our harvest. 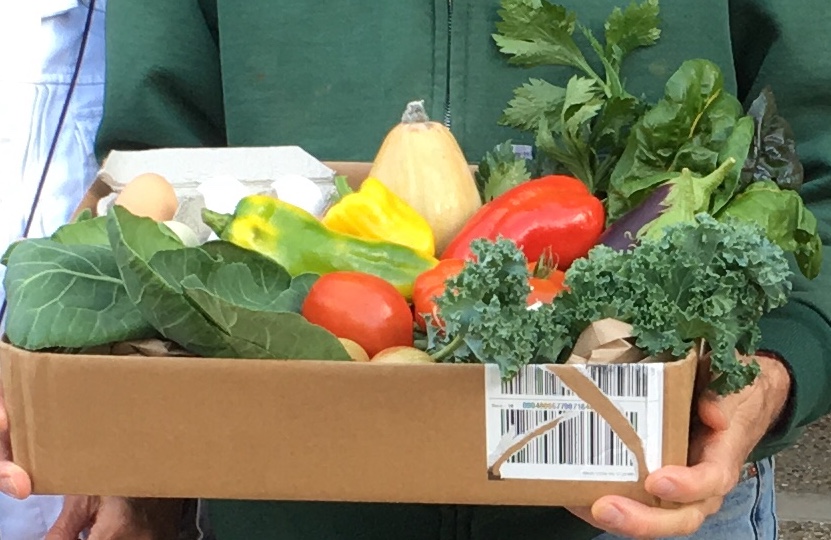 Here's the livestream from that effort, which one could say was marginally successful. The Senator's staff was, as always, gracious and accommodating, and agreed to forward our request for a meeting to discuss farming and climate change to the Senator.

I'll keep you posted as to whether that meeting transpires.