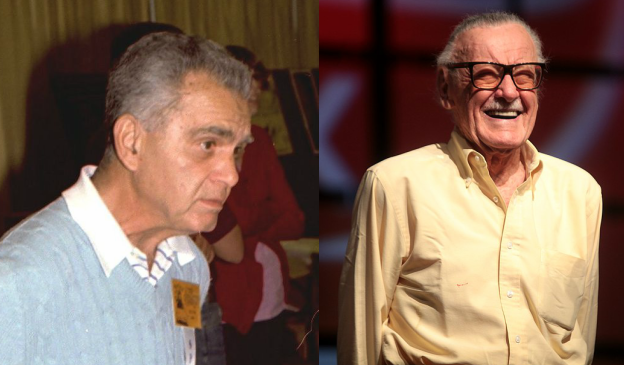 How comics taught me not to be anti-Semitic

Robert Niederklopfer is a cartoonist and active Democrat in Des Moines. -promoted by desmoinesdem

Comic books taught me not to be anti-Semitic, and I have my anti-Semitic father to thank for that.

I grew up around people who didn't like anyone who wasn't white, Christian, straight, and poor and/or middle class. Jews were especially frowned on, as they were seen as being both rich and anti-Christian.

Growing up, it wasn't uncommon to hear someone call another person a "Jew" as a way of saying the person was cheap. As a child, I was taught that the Jews killed Jesus and were thus bad people. My dad was especially anti-Semitic. He would often say Hitler had the right idea, but went about it the wrong way. He should have turned the Jews into slaves instead of killing them. Sometimes he would hold his fist in the air and yell "Heil Hitler!" There were exceptions to the rule. Like the Jewish boss who treated my dad well. Those exceptions were far and few.

So, imagine my surprise when I discovered that Superman was created by a couple of Jews and was thus a Jew himself. I was eleven or twelve. My family was living in Radcliffe, Iowa at the time. I found a book about Superman in the library there. Reading it, I discovered that Jerry Siegel and Joe Shuster were the creators of Superman, and both were Jewish.

This instantly had me questioning my very being. I mean, Superman was good, and the guys who created him had to be good too...Right? On the other hand, Jews were bad. They killed Jesus. I was really, really confused. Was I supposed to hate Superman now? I told my dad what I learned. He didn't seem to care. We still got up early to watch old episodes of the George Reeves Superman show. My dad still encouraged me to draw and pursue becoming a comic book artist.

Along the way I became curious and discovered other comic book creators that were Jewish... Stan Lee, Jack Kirby, Joe Simon, Joe Kubert, and Will Eisner to name a few. I also discovered "The Three Stooges" (another of my dad's favorites) were Jewish.

At some point I learned that Jesus was a Jew, and the early Christian church considered itself part of the Jewish faith. All of this had an impact on me not being anti-Semitic anymore as well as my personal beliefs in God. But the idea that Stan Lee, Jack Kirby and the other comic book creators I worshipped and idealized as a kid were going to burn in hell because they didn't believe in Jesus seemed insane to me. Surely God wouldn't condemn a group of people who had done so much good just because they didn't accept Jesus as the Savior.

Still, my conversion didn't happen overnight. I struggled for many years with what I was taught and what I knew to be true. I made mistakes. In high school I got in trouble for doodling swastikas and other hate symbols on my notebooks.

About that same time, I heard about a graphic novel about the Holocaust. In the book, the Jews were portrayed as mice and the Nazis were cats. The book was titled Maus. It was written and drawn by Art Spiegelman (who also co-created the Garbage Pail Kids). He received a special Pulitzer in 1992 for the book after the second volume was published. In my early twenties, I got a chance to read Maus. it was life changing and cemented my not being anti-Semitic anymore.

I know that sounds weird, but it is true. I'm a better person for it.