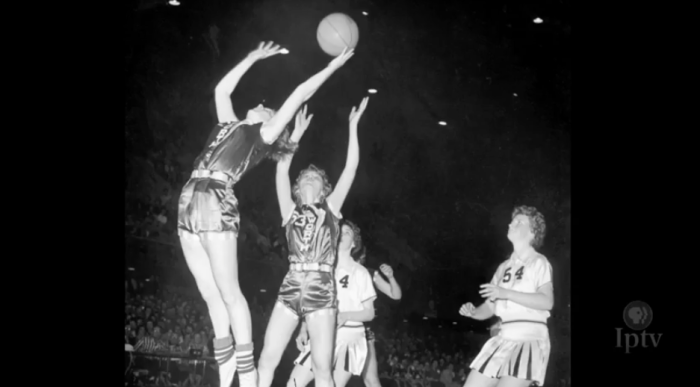 For decades, small-town Iowa fans and the national media were enthralled with Iowa 6-on-6 high school girls’ basketball, mostly played in towns with no stoplights. It was quaint. It was unique. It was entertaining to watch. I was a fan.

Despite the National Office of Civil Rights contemplating a ban as early as the 1970s, it actually took until 1993 for the game to die in Iowa. Critics maintained that lurking behind this unique game were serious issues concerning equity with male sports, opportunity for young women in basketball at the next level, and a sense, mainly from those who had never seen the game, that it was designed because girls just couldn’t stand the rigors of real basketball.

Even now, around some small-town dinner tables you can spark a lively debate about the pros and cons of the 6-on-6 game. Some believe it was time to bring Iowa into the next century, while others believe we lost a vital bit of Iowa culture.

Another part of Iowa's unique culture will play out in just fourteen months. On February 3, 2020, Iowans will be asked to begin the long selection process for a presidential nominee for both parties at precinct caucuses.

The first stage of the presidential nominating process is often judged to be quaint by the national media. I know, the autopsy knives are not even put away from the midterms, but the next election is coming, and coming soon. This week I got my first call from a presidential campaign, inviting me to a meet and greet.

Since the Republicans have gone all in with Donald Trump, there may not be much action on that side, but we’ll need at least a 2A-sized gym to hold all the Democratic wannabes. As always, it will be both fun and maddening for local county chairs and leaders, since the national spotlight will be hot on Iowa.

In just a few months, Iowa will host national reporters looking for a good local café story showing small town folks treating the political process seriously over eggs and bacon. Candidates clad in jeans will invade VFW halls, restaurants, and homes to shake hands, and make a pitch. Yes, there will be the obligatory hog lot conversation with a naïve loafer wearing candidate.

But many believe that like 6-on-6 girls' basketball, the Iowa caucus system needs an overhaul to address underlying problems. That’s why the National Democratic Party convened the Unity Reform Commission.

This group recommended changes to make the process more transparent and accessible. The commission's report called for some type of absentee ballot for those who can’t make it on one night in the winter. In addition, raw number of votes for each candidate after the first division into preference groups must be released, rather than just delegate totals. Up to now, Iowa Democrats have released only the total number of delegates earned by each candidate, instead of how many supporters came to precinct caucuses intending to support each candidate.

The Democratic National Committee approved the commission's recommendations in August, but the Iowa Democratic Party has not clarified how they will implement the reforms.

These changes are needed, but unless Iowa wants to lose its first the nation status, and lose a part of its culture, there is a very fine line to be walked here. The caucuses should not turn into just another primary. If it does, larger more powerful states will grab the first position, and we will lose the distinction we’ve had since 1972.

During the 1968 Democratic National Convention, delegates made huge changes in the presidential selection process so it was conducted on a state by state basis, with Iowa going first. By 1976, the Republican National Committee also chose Iowa to be first in its process.

Iowa leaders of both parties have periodically had to fight other states (such as Florida or Michigan) to maintain the first in the nation status. Under New Hampshire law, that state must hold the first primary. Some years, both the Iowa caucuses and New Hampshire primary have scheduled their nominating contest in early January to prevent other states from sneaking in ahead of them.

Some critics say the first test should be in a more diverse state. They also note the caucus process tends to bring out the hard-core political junkies on the extremes of both parties. They say Iowa has been first for too many years and has produced weak candidates as front runners, only to be destroyed in the general election. Some Iowans are also tired of never-ending, back to back elections.

Fans of Iowa going first point to how seriously people take the obligation and how the system allows an unknown candidate a foothold into the process without spending millions of dollars. It also is a good way to eliminate candidates who have no organizational ability, because the caucus system is retail politics on steroids.

Both sides of this debate are somewhat correct, which has produced the needed changes. Although the devil is always in the details, I strongly agree with the Unity Reform Commission's recommendations.

Like I was a fan of 6-on-6 basketball, I’m a fan of the caucus system and don’t want to see it become extinct. To that end, I would also suggest a couple of other logistical changes for the party.

In larger cities, I would try to avoid combining precinct caucuses in one location. I know there is a shortage of volunteers to run the precinct level meetings. If that is the case, I would suggest technology and have the leader via skype in those places where a leader can’t be found. I would try to find someone on site who is tech savvy enough to convey the information to the party. For this, college students may need to be hired. It would be worth it.

Secondly, there should be a phone application where people can register and also vote in their preference groups. The data would feed into a computer program so there is no need for anyone to do a hand count of votes and any complicated math on a hand-held calculator. The absentee votes would be counted at that point.

In order to preserve a huge part of a caucus, there still needs to be time for persuading and trading among preference groups, so the phone app would have to be flexible and stay open for a specific period of time. For those who (like me) are not technology oriented, tech-savvy people would need to be available.

Unless Iowa Democrats make some strategic, careful changes to the caucus system, I fear the first in the nation status may go the way of 6-on-6 girls’ basketball, and Iowa will lose a big piece of its culture.

Top image: Screen shot from a YouTube video containing part of an Iowa Public Television documentary about 6-on-6 girls' basketball.