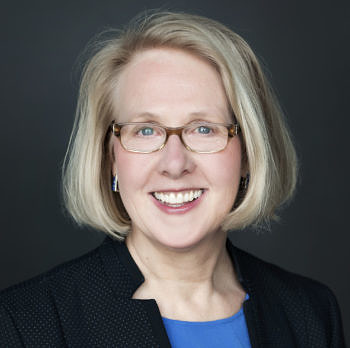 Common candidate mistakes and how to prevent them

Julie Stauch has handled strategy, tactics, and management for many campaigns. -promoted by desmoinesdem

This piece reflects the compilation of observations from working closely with Democratic candidates, as well as observing patterns of candidate behaviors. The goal here is to address some real problems that exist and provide insights into what can aid our candidates and improve our electoral outcomes.

The most important variable in winning back any legislative or administrative seat is the candidate who chooses to run, because if no one runs, we definitely won’t win. No matter what motivates each reader to want to see change in our various governments, we are united in the fact that we have to support our candidates.

Note: These mistakes are not offered here to pick on any specific candidate. Rather the list is offered to expose frequent patterns of decision making that reduce the chances of winning.

I’ve listed a few possible consequences underneath each kind of mistake.

2. Lack of preparation for the alternate universe of a candidate’s life.

3. Take too big a first step. Scope and scale are problems in everything.

4. Make a series of poor decisions in the opening days of their campaign and can never recover from the impact of those decisions.

6. Assume that because THEY are running elements of the process can be ignored. Ego often makes people think that their presence in the race changes the circumstances.

7. Assume their race will be like a presidential race. Don’t laugh. This has happened with many a candidate, at every level of office sought.

8. Think they have to be coy and try to not stand for anything to avoid losing people.

9. Avoid or dismiss self-research. This is research done to understand how your opponent might attack you in the final weeks of the campaign.

10. Lack of relevant interest or experience to the office sought.

WHAT CAN CANDIDATES DO TO PREVENT OR REDUCE THESE MISTAKES?

Preparation. Even the simplest tasks require an element of preparation. Why would we assume that seeking public office does not? In order to have cereal for breakfast one has to have bought the cereal and milk, have a bowl and a spoon, and the ability to understand the ratio of milk to cereal. While the task is simple and mindless to most of us, it requires experience and preparation. Candidates require preparation as well.

Training is an important part of preparation. Many of the problems listed above can be avoided through participation in trainings. These trainings are designed to give you an overview of the many different aspects of the campaign – legal and financial reporting, your role as a candidate, how you can and cannot work with other organizations, and different resources you can utilize to achieve your goals.

Many organizations provide training. If you decide to run and don’t participate in any training, you’ve made a mistake. In fact, it’s a good idea to have participated in several trainings because you’ll pick up something different from each one and the points that are repetitious give you time in between trainings to reflect on what this could mean for you, the district and constituents.

Camp Wellstone, Democracy for America, EMILY’S List and many other organizations offer two and three day training models. These are best treated as introductory trainings, but not comprehensive preparation.

Emerge Iowa has a great program for women candidates that is more comprehensive, as the program is paced across several months. This allows participants time for reflection between sessions and follow up with subsequent speakers. The opportunity for on-going discussion on how this would work is very useful to help each participant figure out what type of office they want to hold, and make plans that would fit that specific campaign. It’s based upon a model that has been utilized since 2006 and has a high success rate, meaning a large number of people who go through their program run for office and win.

Since 2005 I’ve been convinced that training is not enough. The best candidates have a diverse base of substantive community contacts, not just people who recognize them, but have committed work, volunteer and leadership relations with people across the many different sectors of the community. They are civic leaders and often at the top of their local professional groups.

Yet, those same “best candidates” fail at the same rate as new and not as connected candidates. How? Why? Because they are experts in their own field of endeavor, but once they walk into Campaign Cosmos, they are beginners. Poor assumptions in any line of work can cause problems and campaigns are not exempt from the consequences of poor assumptions.

Executive coaching is a line of work where professionally educated coaches work with leaders to help them improve their performance. In the case of coaching political candidates, the executive coach has campaign experience to augment their formal training as an executive coach.

This form of leadership growth has been used with people who hold leadership positions in all kinds of organizations and businesses, where the coach works one-on-one with an executive coach to achieve their professional goals. These are senior level leaders, not low and mid-level employees. The sessions are customized and confidential. An executive coach works with the leader to establish goals they want to achieve, helping problem solve different situations, but not tell the leader what they should do. They provide additional context to help a leader understand the complexity – the ripple effect of an action – so each leader can make the best choice for their leadership style and work.

This is not at all like working with a coach for a sport. A sports coach is highly directive, much more like the role of a campaign manager. An executive coach is invested in helping you evolve to be the best executive you can be, not to stand on the sidelines and signal plays.

Do candidates need to run twice to win?

Only if they don’t prepare. When they run without preparation, they make mistakes the hardest way possible with the hope they can overcome the mistakes the next time they run. Sometimes they can, often they can’t. Why not prepare? Then run for the office prepared to win the first time.