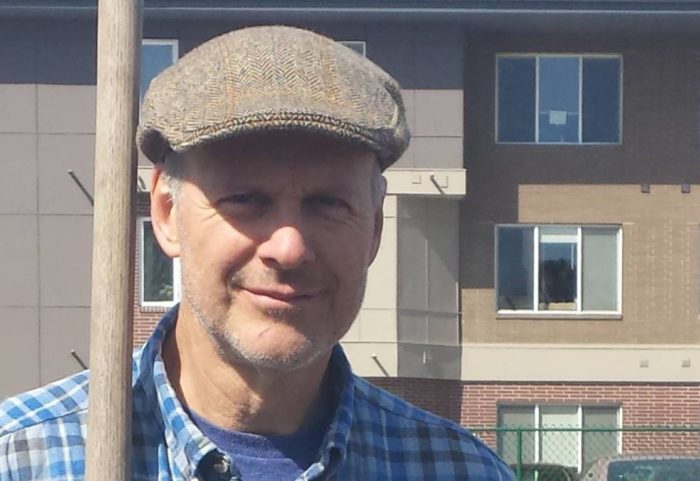 Ed Fallon is a former Iowa legislator, longtime environmental activist, and the author of Marcher, Walker, Pilgrim, a memoir from the 2014 Great March for Climate Action. -promoted by Laura Belin

If you work the land, it's impossible not to notice that our climate is changing dramatically. I checked out the cold frame Kathy and I planted in mid-October. Normally, the seeds sprout a little bit, then the young plants hunker down until early March. The way they're growing this year, we'll be eating fresh greens later this month.

That's wonderful on one level -- and deeply disturbing on another.

Lettuce, spinach and arugula sprout in our cold frame in January 2019: 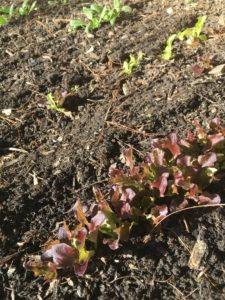 Farming is one way I connect with the land. Another is walking. Sundays are often my long-trek day, and I've found that regular 10-20 mile hikes do wonders for my mental and physical well-being.

It's hard not to love a December rich with snow- and ice-free walking conditions. Hiking through Brown's Woods on December 23, I was struck by the complete lack of ice on the Raccoon River and the occasional clumps of greenery not normally seen in the dead of winter. 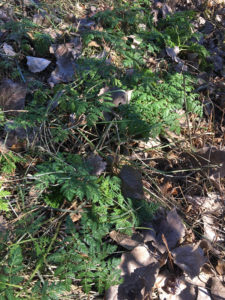 Preparing to skip a stone across an ice-free Raccoon River, December 23, 2018: 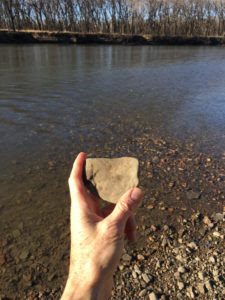 Ed’s shadow and walking stick lead him along a snow-free trail in Brown’s Woods on December 23, 2018: 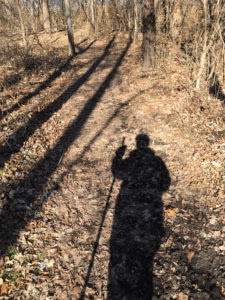 In 2018, humanity witnessed the wrath of earth's changing climate through unprecedented storms, fires and droughts. This weather shows the kinder, gentler face of the New Climate Era.

Enjoy -- but don't be lulled into complacency. Over the next decade, all of us will have to work with extraordinary vigor and diligence if we are to stave off the worst impacts of climate change.

One of two resolutions I bring with me into the New Year is to mobilize for climate action as if our lives depend on it -- because they do!

A great place to start is the Green New Deal. Iowa's Democratic members of Congress need to sign on to it NOW! Ask Congressman Dave Loebsack, Congresswoman Cindy Axne, and Congresswoman Abby Finkenauer to join the 45 other House Democrats who agree we need a full-scale economic mobilization to fight climate change IMMEDIATELY. (At the national level, thanks to the Sunrise Movement and The Climate Mobilization for their leadership on Green New Deal.)

Thank you for reading, and try to avoid sunburn the first half of January. Temps for the next nine days are forecast to range from 40° to 54°. For perspective, the average high temperature for Des Moines in January is 31°. As greenhouse gases proliferate, the deviation from what used to be normal is only going to become more and more pronounced.