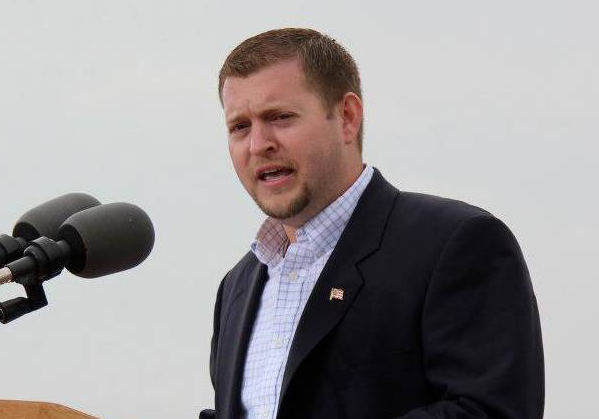 Iowa Senate Commerce Committee Chair Jake Chapman has introduced a bill that would destroy the independence of Iowa’s Office of Consumer Advocate.

The agency’s mission is to represent consumers on issues relating to gas and electric utilities and telecommunications services, “with the goal of maintaining safe, reliable, reasonably-priced, and nondiscriminatory utility services.” Under Iowa law, the attorney general selects the consumer advocate, unlike most department leaders, who are named by the governor. Attorney General Tom Miller appointed Mark Schuling as consumer advocate in 2011 and reappointed him in 2015. Schuling easily won Iowa Senate confirmation.

The office’s small staff includes “six utility attorneys and eight technical specialists in the areas of economics, accounting, finance and engineering,” according to information the Attorney General’s office provided on January 23. Much of the consumer advocate’s work involves matters before the Iowa Utilities Board, which regulates the state’s investor-owned utilities, Alliant Energy and MidAmerican Energy.

NEW GOVERNING BOARD “SHALL DIRECT THE CONSUMER ADVOCATE”

Senate Study Bill 1036 would put Schuling’s office under the governor’s indirect control. The consumer advocate currently has an advisory panel, which he may consult when desired. The attorney general names five of that panel’s nine members, and the governor names the other four, one from each Congressional district. None are subject to Iowa Senate confirmation.

Chapman’s bill would create a “consumer advocate governing board,” which “shall direct the consumer advocate in carrying out the advocate’s duties.” The governor would choose six board members and the attorney general would pick three. All would be subject to Senate confirmation.

The new governing board would gain many of Schuling’s powers. For instance, that body would authorize investigations of the “legality of all rates, charges, rules, regulations, and practices” of entities under the Iowa Utilities Board’s jurisdiction.

The consumer advocate would need the governing board’s approval to have subpoenas issued and witnesses compelled to testify, and to have attorneys on his staff represent consumers “in proceedings before federal and state agencies and judicial review proceedings and appeals.” The consumer advocate would be unable to appeal any Iowa Utilities Board decision in the courts without permission from the governing board.

The bill would also forbid all office employees from being members of a political committee or donating to political campaigns.

“IT WOULD BE IMPOSSIBLE FOR THE OFFICE TO OPERATE”

Chapman did not respond to Bleeding Heartland’s e-mails asking questions such as:

The Attorney General’s office provided this statement from Schuling on January 23.

The changes proposed in SSB 1036 would adversely affect consumers. The bill creates a part-time, uncompensated governing board, primarily appointed by the governor, to direct and approve all duties of the Office of Consumer Advocate and the Consumer Advocate. The office receives approximately 200 filings a week. All filings require a response within a number of days. It would be impossible for the office to operate if it required direction and approval from a part-time board for all responsive filings. The bill would also effectively bring politics into the regulation of utilities and rates.

This bill would harm Iowans in several ways. The creation of a governing board would only add more bureaucracy and slow the wheels of government to the point that little work would be done on behalf of consumers. The Office of the Consumer Advocate must remain independent and responsible to consumers. We would be happy to discuss this with lawmakers and learn why they think this bill is necessary.

A VOICE AGAINST EXCESSIVE RATE HIKES AND UNFAIR PRACTICES

If we didn’t have a strong consumer advocate, Iowa’s wind success story would not be the same as it is today. The Office of Consumer Advocate was at the table making sure investments in wind energy benefited consumers. As a result, Iowa has added significant wind energy while keeping rates stable and low. This has been great for consumers and is a model for the clean energy transition.

We have serious concerns about the intent and potential impacts of this bill. The Office of Consumer Advocate is one of the only voices ratepayers in Iowa have to defend against unfair charges, excessive rate increases, and unfair practices by Iowa’s monopoly utilities. Big energy users, like heavy industry and tech companies, have their own attorneys and experts to represent their positions in Board proceedings. The OCA represents all consumer voices, including those of individual customers, low-income Iowans struggling to pay their energy bills, and small businesses that don’t have the resources to engage in regulatory proceedings.

Last year the legislature stripped away one layer of protection against quickly-rising rates when it decimated Iowa’s energy efficiency law. This looks like yet another attempt by the legislature to shrink the voices and the power of Iowa ratepayers and serve to increase utility company profits.

Democratic State Senator Joe Bolkcom was among the most vocal critics of last year’s energy bill. He has been assigned to the subcommittee that will consider Chapman’s bill.

In a January 23 telephone interview, Bolkcom praised Iowa’s history of having a strong consumer advocate, adding, “It’s pretty clear that Senator Chapman wants to interject politics and special interests into the governance and the oversight of this long-cherished institution in Iowa.”

Shortly before the Senate voted on the final version of Senate File 2311 last April, Schuling released a memo (enclosed in full below) warning the bill was “good for utilities” but “will result ultimately in higher rates for customers,” due to cuts in energy efficiency programs. Chapman didn’t like hearing the legislation he championed would raise Iowans’ utility bills. He had claimed to be defending consumers against a so-called “secret tax” supporting energy efficiency programs.

In recent months, the Office of Consumer Advocate has clashed with utilities over some issues related to implementing the new law. For those reasons, Bolkcom characterized the new bill as an effort to “silence” Schuling “after the consumer advocate spoke out against the gutting of our energy efficiency laws […] at the behest of MidAmerican Energy and Alliant Energy, who would much rather sell electricity than help their customers save money” by reducing usage.

Iowa’s “robust” energy efficiency programs saved customers hundreds of millions of dollars over a 30-year period, Bolkcom said. Reducing demand for electricity avoided the need to build about three coal-burning power plants. “Senator Chapman never really seemed to grasp the effectiveness of the programs” Senate File 2311 slashed, like rebates for energy-efficient appliances and funds for retrofitting low-income housing. “This is nothing more than retribution for the consumer advocate doing his job.”

Democrats don’t have the votes in the Iowa Senate (32-18 Republican) or House (54-46 Republican) to block what Bolkcom called a “complete power grab and overreach” by Chapman. Only three of the five House Republicans who voted against Senate File 2311 are still serving in the legislature.

Republican lawmakers–especially senators on the Commerce Committee–need to hear from Iowans about the importance of preserving an independent voice for consumers.