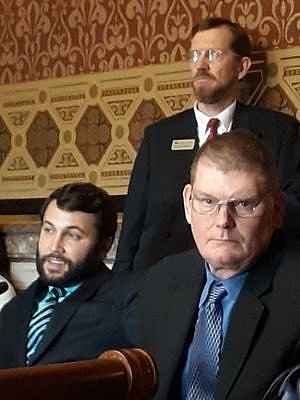 Policy vs impact and the fig leaf of semantics

Matt Chapman: Lobbyists tend to disassociate advocating for a bill from the impact of that legislation. I couldn’t disagree more. -promoted by Laura Belin

Spending over two years at the Iowa legislature, watching committee meetings and floor action, I’ve picked up on the theme of decorum. It is necessary when powerful people of different ideology need to come to a consensus. There are times when that divide is too great and the decorum deteriorates. That is usually centered around hot-button topics.

President Ronald Reagan and then House Speaker Tip O’Neill had the six-o-clock rule. It was a designed to put partisan politics aside at the end of the day. They were bitter enemies, yet kept decorum and treated each other as equals. After six o’ clock, policy discussion was ended. They recognized that allowing each other to voice their position was the bedrock of this democracy.

In more recent history, when the debates are over, the debaters tend to go to their own corners.

LOBBYISTS ARE A DIFFERENT BEAST

Accuse an elected official of being in it for the money and you can prepare for an attack that would burn down the capitol. Lobbyists are paid for their work, and many quite handsomely. Iowa law makes some data publicly available, like the lobbying client’s position on legislation, and the amount lobbyists are paid to represent each client.

As with public servants, you may think lobbyists are doing good work, or you may disapprove. Some represent clients across the spectrum, so you approve and disapprove according to what is being lobbied for. That is one reason the six-o-clock rule is still going strong in their arena. They tend to disassociate advocating for a bill from the impact of that legislation.

Just like special interest groups, the real accountability does not apply to the lobbyist. It is for the elected officials. They enact the laws that promote or undermine the public good. Nevertheless, we can examine policy vs impact in the semantics lobbyists use for cover. Their accountability does not end when law is enacted. On the contrary, it has just begun.

THREATS FROM THE POWERFUL

Recently, I was dressed down by a lobbyist who threatened to bring me up on an ethics complaint for attending subcommittee meetings, injecting my concern about legislation into the discussion, transcribing portions of the dialogue, and reporting my analysis with commentary. I was told I had made a “very powerful enemy in this building” (referring to the capitol).

Repeatedly I asked for the ethics charge to be placed and was refused. How can you commit an ethics violation if you don’t think you have done anything unethical? I immediately contacted Secretary of the Senate Charlie Smithson, and he referred me to staff who could register me as a lobbyist. In full disclosure, I realized I had already registered in the past. It took me two years and many hours to learn the legislative website. I must have registered along the way. [Editor’s note: Iowa Code 68B.2(13)(b)(2) states that people “engaged in the reporting and dissemination of news and editorials” are not lobbyists. No one is required to register as a lobbyist in order to attend Iowa House or Senate subcommittee meetings and/or express opinions about proposed bills in Bleeding Heartland posts. ]

What really stood out to me in this discussion was when I was told that this was about policy, and I “didn’t get it.” The implication was that a policy’s impact had nothing to do with furthering that policy’s enactment. I couldn’t disagree more. That enactment is just the beginning of a long arc of accountability for every player involved, including myself. That conversation inspired the title of this post.

The lobbyist’s anger stemmed from my using a popular platform to communicate the real-world impact of proposed bills. The powerful are unaccustomed to accountability. Strong reactions can be expected when a peasant like myself puts them in that situation.

INTIMIDATION BY THE POWERFUL

I used the image at the top of this post to convey the intimidation that some powerful people use when challenged by average citizens. It can simply be a look, a turned back, voiced, or an action like denying press credentials or threatening with an ethics complaint.

The powerful pictured here, during the House Judiciary Committee vote on the bill to change how judges are chosen: Chuck Hurley of the FAMiLY Leader, standing; Republican State Representative Bobby Kaufman on the left, and Republican Representative Ross Paustian on the right. 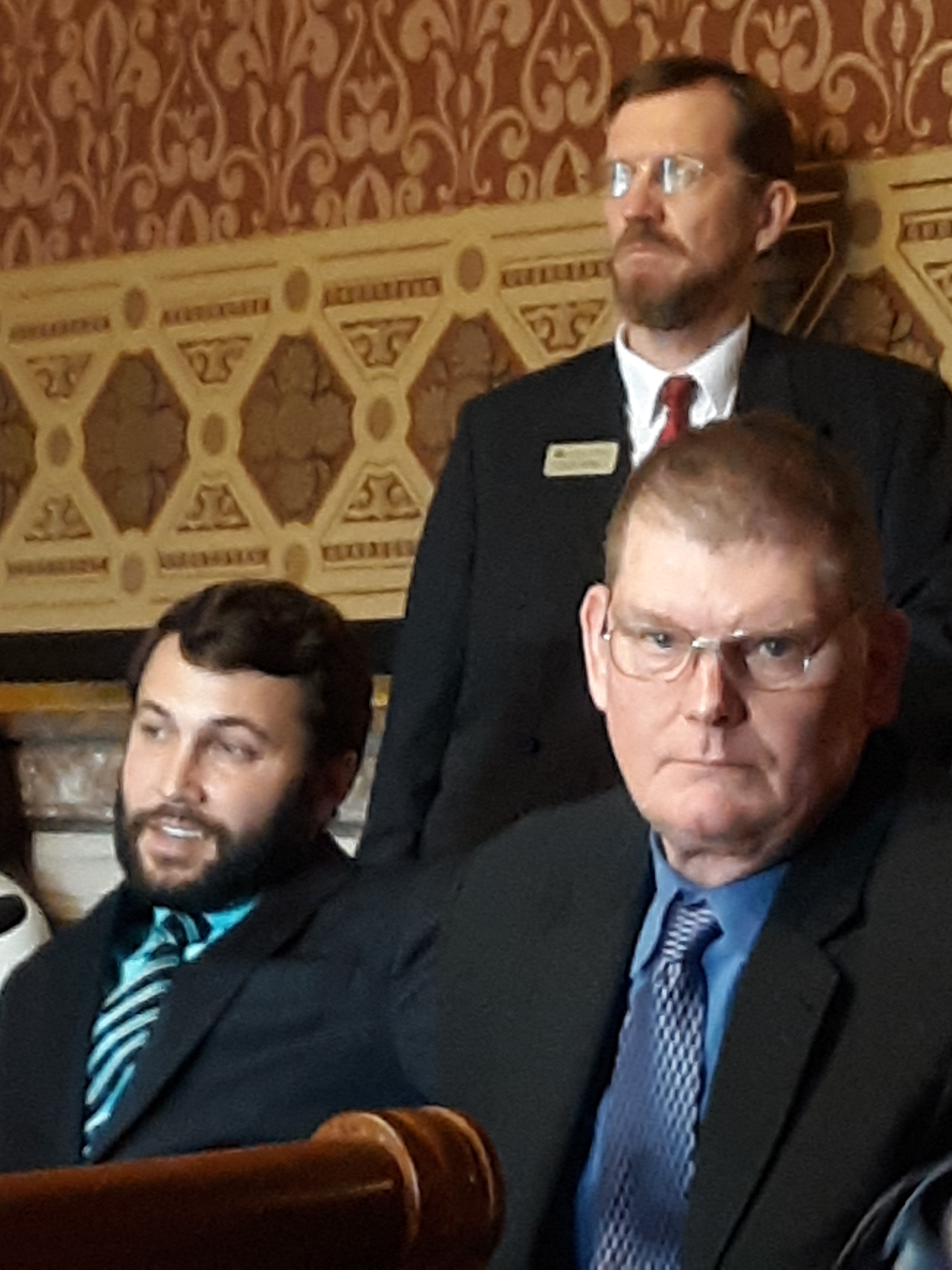 Some legislators will use that challenge as an excuse to pass policy that harms some of their constituents, usually those on the bottom. That rationalization is a farce, and it reflects poorly on the character of public servants who use it for cover.

A NOTE ON THE MOTIVATION FOR SOCIAL JUSTICE

Many of us who have lived in poverty our whole lives have adjusted to the realities of the situation–one that often frustrates with its limitations on liberty and justice–by working to enact change for others. That is worth more to us than any monetary or physical asset.

You can call me a zealot, and in some ways that word is apt. I am a long way from perfect. I have biases and hang-ups like anyone else.

I just want to be laid to rest with the satisfaction of moving the dial of social justice one small bit towards those who are denied it. That goal is within my reach if I don’t give up, and I commit to staying the course.

Someone I admire recently shared this quote from a speech by Franklin Delano Roosevelt, which sums up the dynamic of the powerful pushing back on those who fight against inequities:

“We had to struggle with the old enemies of peace—business and financial monopoly, speculation, reckless banking, class antagonism, sectionalism, war profiteering.

“Never before in all our history have these forces been so united against one candidate as they stand today. They are unanimous in their hate for me—and I welcome their hatred.”

Playing a small part in securing justice for those denied, I am but a mouse among giants like FDR. But like any true activist, I would rejoice in being remembered in that context.