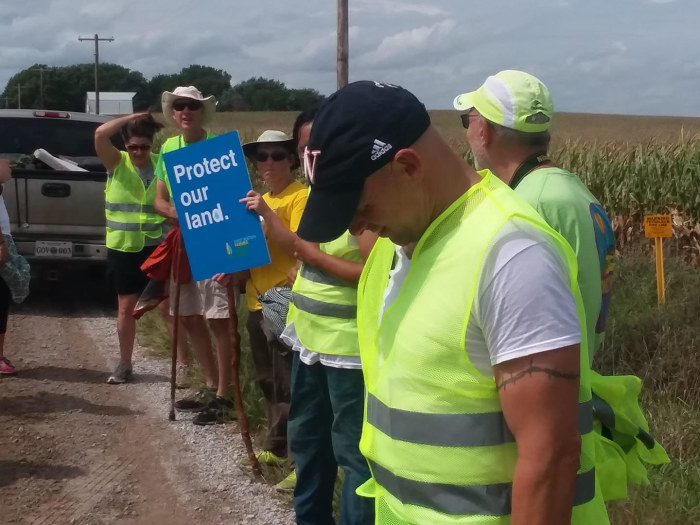 A flood of hopes and fears

“These are both the most encouraging and discouraging of times”: Ed Fallon reflects on flooding in Iowa and reframing the message of St. Patrick’s Day. -promoted by Laura Belin

Many of us continue to feel the benefits of our time together last September during the First Nation–Farmer Climate Unity March. As Manape Lamere said, “We walk together today so we can work together in the future.” Something like that. If I botched the quote, Manape will correct me, right?

Participants in the First Nation–Farmer Climate Unity March arrived in downtown Fort Dodge for a Celebration of March rally after more than a week on the road. The march started in Des Moines.

So much is going on these days, it’s hard to know where to start. These are both the most encouraging and discouraging of times, as attested to in this message from Jeff Kisling, one of last year’s marchers:

“I’m having a lot of trouble dealing with my anger right now. I can’t even talk to family members who are so surprised this flooding has happened. All of my life I have tried to get people to take seriously all the damages being done to Mother Earth.

“I think about how terrible disasters like this are for Indigenous people around the world, who have seen this unfolding for centuries. I can’t know the depth of their sorrow, and it further increases my gratefulness and respect for how hard Indigenous people are working to make us see how wrong is our White-settler-colonial culture.

“The work underway on an Indigenous-led Green New Deal is the only hope I see to slow the continuing climate disasters, such as this recent flood. I’m working to support the youth in the Sunrise Movement as they build grassroots momentum to force politicians to support a Green New Deal.

“One of the most alarming things to happen in Iowa [this] past week was the flood-induced gas pipeline rupture in northwest Iowa. [Editor’s note: see this news report.] That brings to mind one of the many things we tried to warn people about regarding the Dakota Access Pipeline — its potential to poison our water where it runs under the Missouri River. How long before DAPL breaks there or under another river crossing?

“On top of all these concerns are the two bills recently passed by the North Dakota legislature to proactively force protestors to pay for damages related to pipeline protests. In response, the Crow Creek Sioux and Oglala Sioux tribes have asked that their flags not be displayed in the Capitol building.”

Thank you Jeff. I want to say to all of us: Stand strong! Persist! Resist! Unify! We are fighters, defenders of land, water and Earth. We don’t know if we will win this fight, but if we quit, we certainly lose. It’s easy to want to hang it up and focus on ourselves. But too much is at stake. We need each other — all of us! We must persevere, together, and in our unity find strength.

One last word about resistance: I detest St. Patrick’s Day, largely because it characterizes my people, the Irish, as a bunch of drunks whose core identity involves the overconsumption of alcohol. If I had another life to lead, I’d work to reframe St. Patrick’s Day as a celebration of Celtic music, culture, and resistance to tyranny.

Yes. Resistance to tyranny. The spark that ignited the Irish revolution was originally unpopular with most Irish. But as the atrocities of Britain’s suppression because more evident, popular support grew, and Ireland’s freedom from colonial tyranny became inevitable.

Lesson for today: Our resistance to American corporate tyranny may not yet have the support of the masses. But if we persist in truth and love, our sacrifice and commitment will, eventually, win over the hearts and minds of others. We will prevail. Patience. March on. — Ed Fallon

Photos of the September 2018 Farmer Climate Unity March provided by the author. 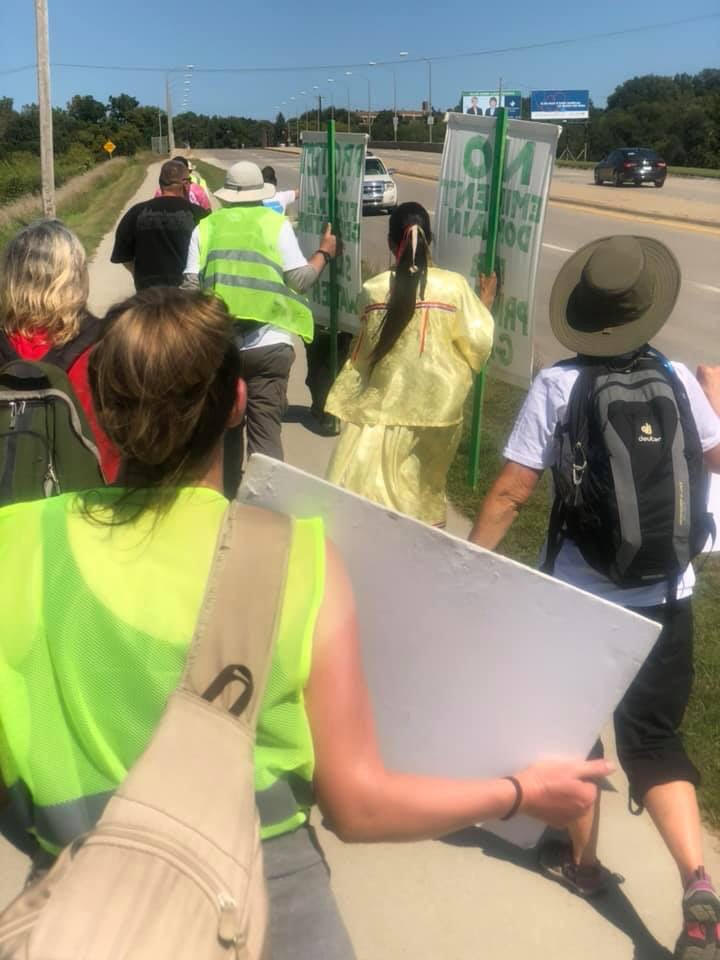 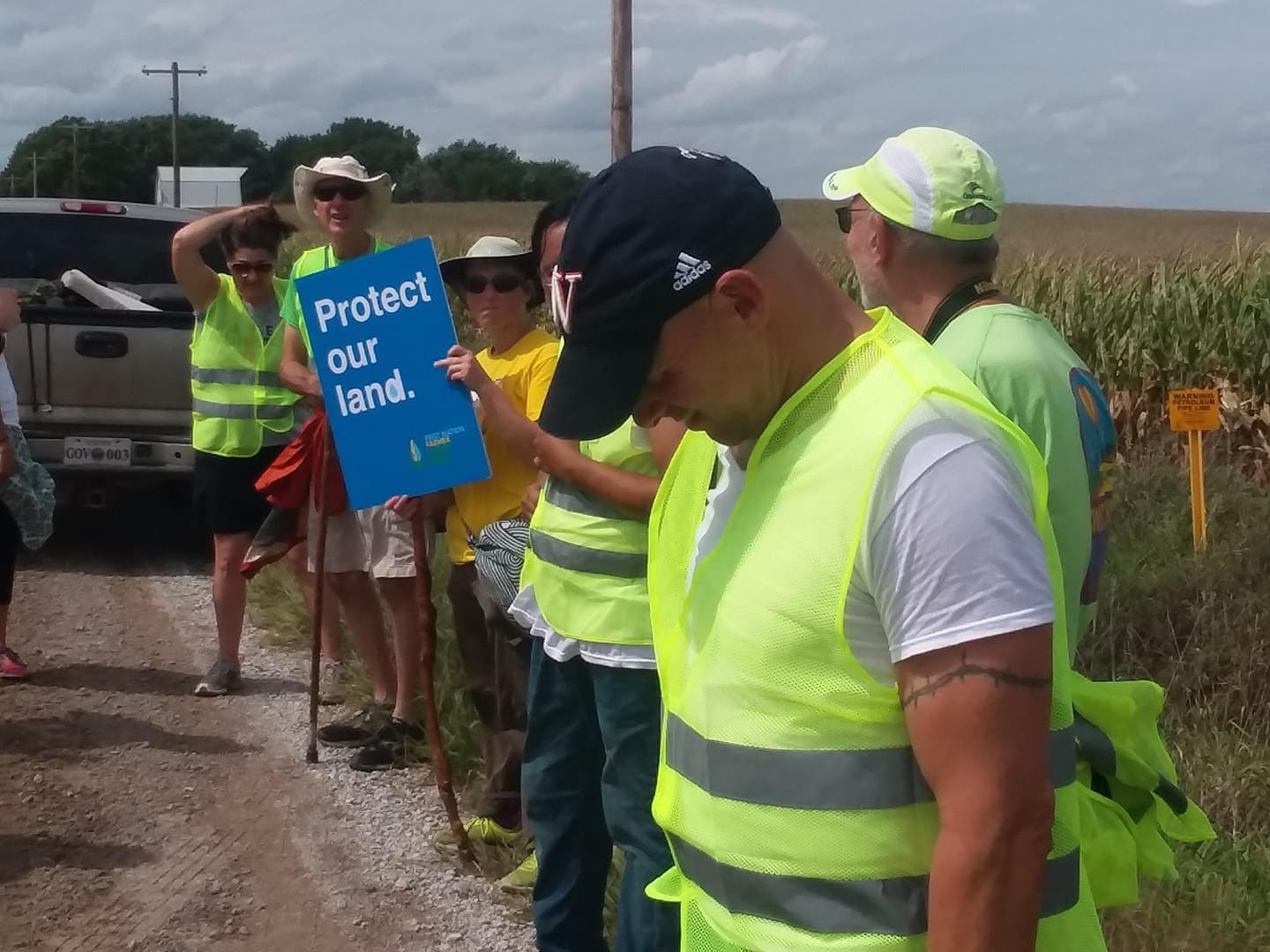