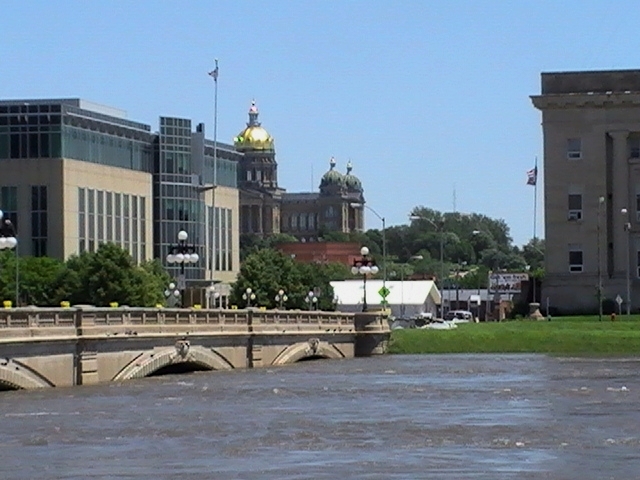 When the floodgates open

“The only thing we learn from history is that we learn nothing from history.” (Georg Hegel, German philosopher)

There are too many potential topics for this blog, the third in a series, and that leads to a certain amount of indecisiveness. Until something happens. That something is the flooding that has already occurred in the Midwest this year, and the expectation of more to come. So far, western Iowa, eastern Nebraska, and northwestern Missouri have experienced the worst of it, with a much larger area affected to some extent.

The degree of flooding in the Missouri basin this year is nearly unrivaled in the record books. Still, I want to push this point: we should have known, and we should have acted to prevent it or mitigate it. Dams do not work in the long run, and when the system of dams was built along the Missouri in the 1940s and 1950s, the year 2019 was a long time off. We are now in “the long run” that no one then foresaw.

In 2010, the University of Iowa published a book, A Watershed Year: Anatomy of the Iowa Floods of 2008, edited by Connie Mutel, that dissects the causes and outcomes of the severe flooding in eastern Iowa that year. One section in that book takes a big-picture view of land management and land uses in the Cedar-Iowa basin. Herein lies the rub.

We are so intent on maintaining and expanding the current system of land use that no other options are on the table for our consideration. As long as that remains true, we will continue to see record flood events in the Upper Midwest. Why?

We insist on building levees that deny rivers their natural flood storage capacity on bottomlands. We insist on building businesses and homes on those bottomlands that require protection from floods, or that risk flood damage for lack of protection. We insist on planting crops on this fertile land, and on as much of it as possible. We insist that the “common good” or “public interest” in preventing floods be subjugated to the for-profit world of production, with little or no consideration of downstream effects.

It's almost a trite saying anymore, but a crucial one that reflects a powerful culture notion: “It’s my land, and I’ll do what I want on it.” It expresses a strong sense of ownership, individualism, and radical freedom from community oversight or regulation.

The problems with that view are several. In view of flooding, the land itself as an object of possession somehow is detached from the rain and snow that fall on it, and the debris, chemical pollutants, and soil that wash off it. Neighbors downstream see the effects of gullies, eroding banks, deepening channels, and flooding. The living things in the stream are washed away and poisoned. A landowner, under our current societal contract, is not responsible for the water on the land, and given the degree of erosion that still occurs in rural and urban areas, hardly is responsible for the soil on it. It seems that “freedom” and “individualism” have limits that exclude these responsibilities.

In my perfect world, every emergency planner, every legislator, and every business executive would be required to read A Watershed Year. With this common background, we would begin to debate the proper means to address the potential for flooding. The U.S. Army Corps of Engineers, the U.S. Environmental Protection Agency, the Iowa Department of Natural Resources, county supervisors, and non-profits would be included. Policies would focus not on how to provide help to flood-ravaged communities and land owners, but on prevention. We would be forced to learn from history, even if our solutions might differ.

Precautions and prevention are the only route to dry ground. Here are several items that need to be included in our thinking:

• Floods tell us as accurately as LIDAR maps and flood maps where the most vulnerable land is. Maps are useful, but inspection of landforms at the site is the most effective learning tool.

• Vulnerable lands usually are not bounded by roads, boundary fences, and political lines. Instead, large and small watersheds are the defining characteristics. These watersheds vary from those on the small headwaters and gullies just below ridges, to very large basins such as the Missouri and Mississippi. Effective flood prevention must work along these divisions, and landowners need to recognize that these, as well as property lines, are crucial.

• Gravity exists. Water flows downhill. Most land uses in the Midwest encourage gravity to work with extreme efficiency in moving water to lower elevations. Therefore, we need to consider how we currently manage and use land, with an eye toward changes, probably large changes.

• We should consider the most vulnerable productive lands to be transformed into “ecological sacrifice zones,” that is, into areas that restore stream hydrology and surrounding ecosystems. Large-scale restoration work of this sort is the most effective means of flood prevention we have. It may mean that landowners are bought out to create these zones, either willingly or through eminent domain. This work may mean that governmental agencies, as well as private businesses like mine, play greater roles in our lives than some of us would like. It may mean that there are policy reforms and shifts that balance private interests with public good.

• Stream restoration practices must be implemented to reduce flooding and retain precipitation at the location where it fell, or nearby in the same small watershed. In the last 150 years, our creeks and rivers have been altered by our own hands to drain water quickly from potentially productive land. The desired effects have happened, for the most part, except that we now see some productive lands under several feet of water. Rivers must be restored to their meandering forms, instead of converted to straight-line drainage ditches.

• Large tracts of river bottom need to be restored to wetlands, wet prairies, and woods. Riparian vegetation must be planted to increase water penetration of the soil and reduce the energy of surface flows. Part of that is to re-create bottomland wetlands that hold water in place, allowing it to flow as groundwater well after the flood peak has passed.

• We – and especially the large landowners and businesses that derive the greatest benefits from the present system of land use – must buy into these changes, whether through increased taxes or ramped-up giving and ecological remediation. This is called “accountability” or “taking responsibility.” It is not “socialism.” Personally, I am skeptical that a voluntary approach will work. I’ve witnessed how ineffective “voluntary” conservation has been already in Iowa regarding water quality issues.

I know. I am asking for the moon. I am an idealist. I have my head buried in a sandbar. But my retort is that these are utterly practical solutions to an otherwise stubborn problem, one that will happen again. And again. And again. It requires considerable investment of dollars and ideas, money we do not have because we insist that even harm must turn a profit. There is no savings account. But most importantly, it requires that we change our thinking.

As an outcome of all this, we will find that our commercial, productive, and residential lands are better protected from many of the problems that now exist: erosion, flood damage, loss of soil fertility, nutrient loss, manure contamination, and more.

We also could discover what it means to live with more “wild” areas around us, areas that invite us to “tune in” to the processes of the natural world, such as those early spring bees that pollinate the woodland Spring Beauties and come away with bunches of pink pollen on their bodies. We can appreciate the wonders of sedge meadows and Sweetflag marshes. We can watch colorful lichens and a variety of mosses recolonize the soils and tree trunks and decaying logs. Perhaps river otters will come back. There could be more nesting and hunting areas for Broad-Winged Hawks and Screech Owls and Pileated Woodpeckers.

As a final note, our current methods of land management are, regarding floods and their consequences, among our wildest ideas. We thought we could fool Mother Nature. Those ideas need taming, not the natural wonders around us.

This photo shows the Des Moines river at Court Avenue on June 14, 2008, in downtown Des Moines. The flood had peaked on June 13 at a stream gage height of 31.57 feet and a discharge of 47,300 cubic feet/second. At this writing, on March 25, 2019, the same gage is recording 21.59 feet and 19,400 cfs. The Court Avenue District behind the photographer had sustained damage when the water overtopped existing levees. 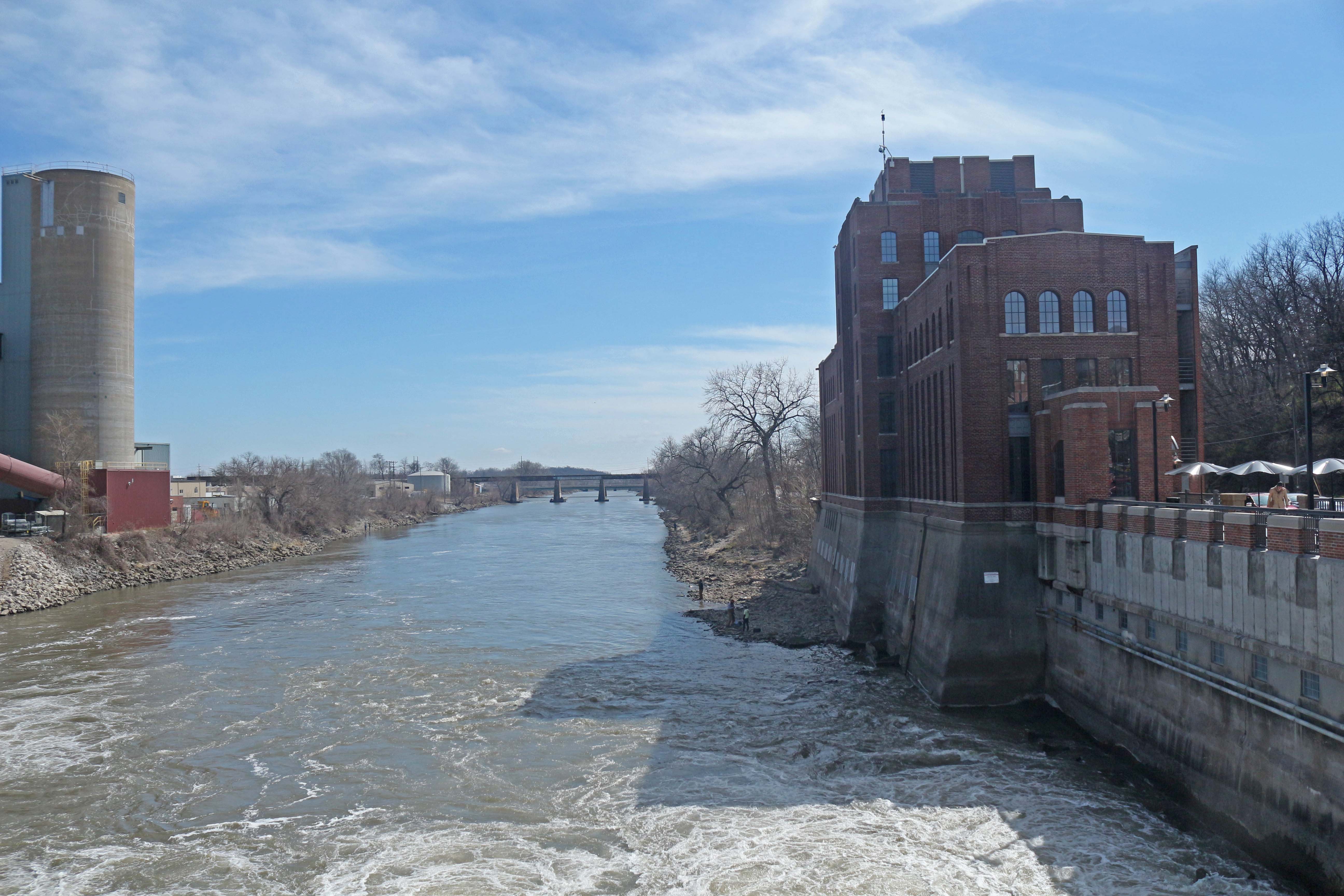 The cover of A Watershed Year, showing a satellite image of the Iowa-Cedar basins during the 2008 flood. 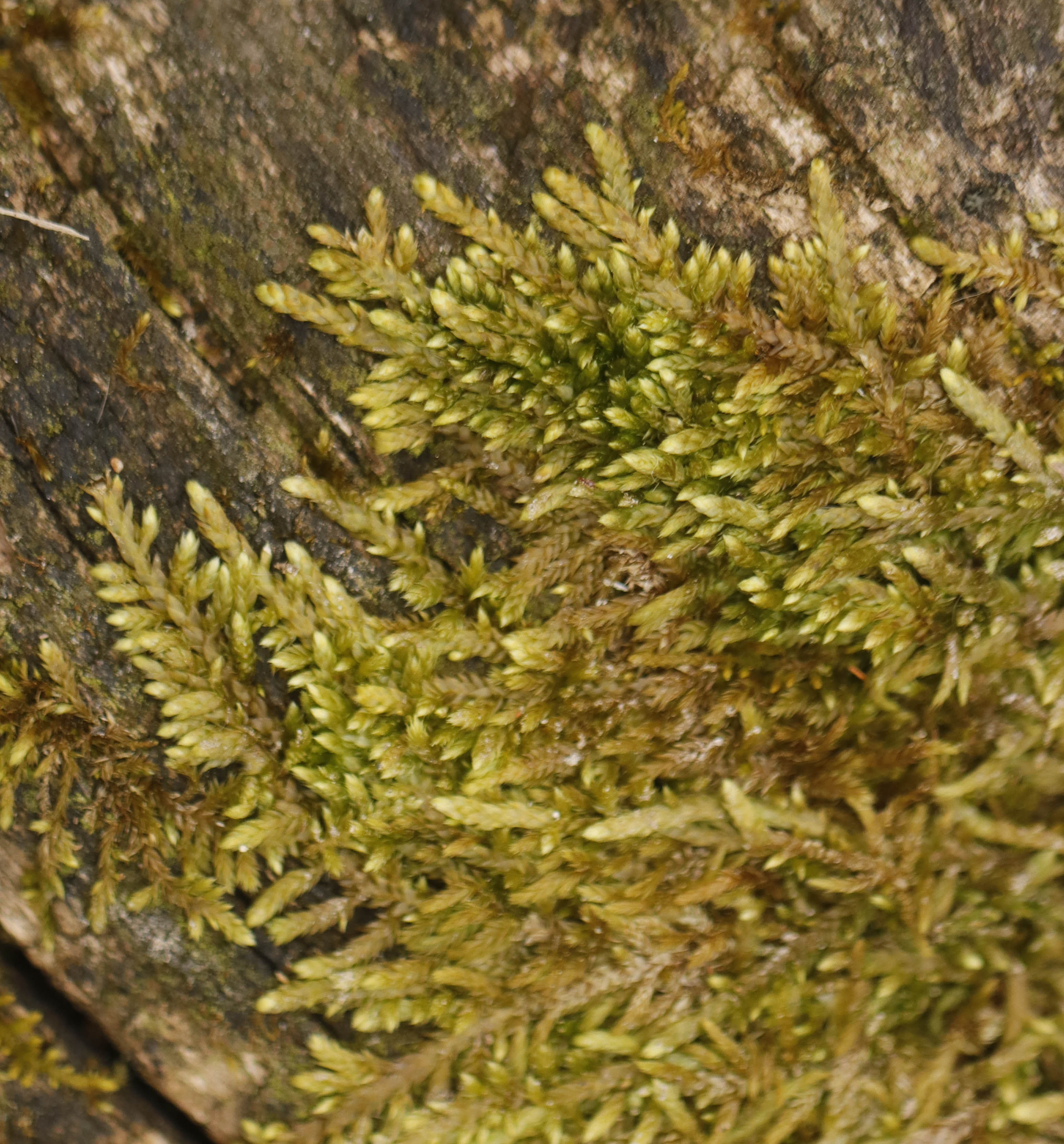 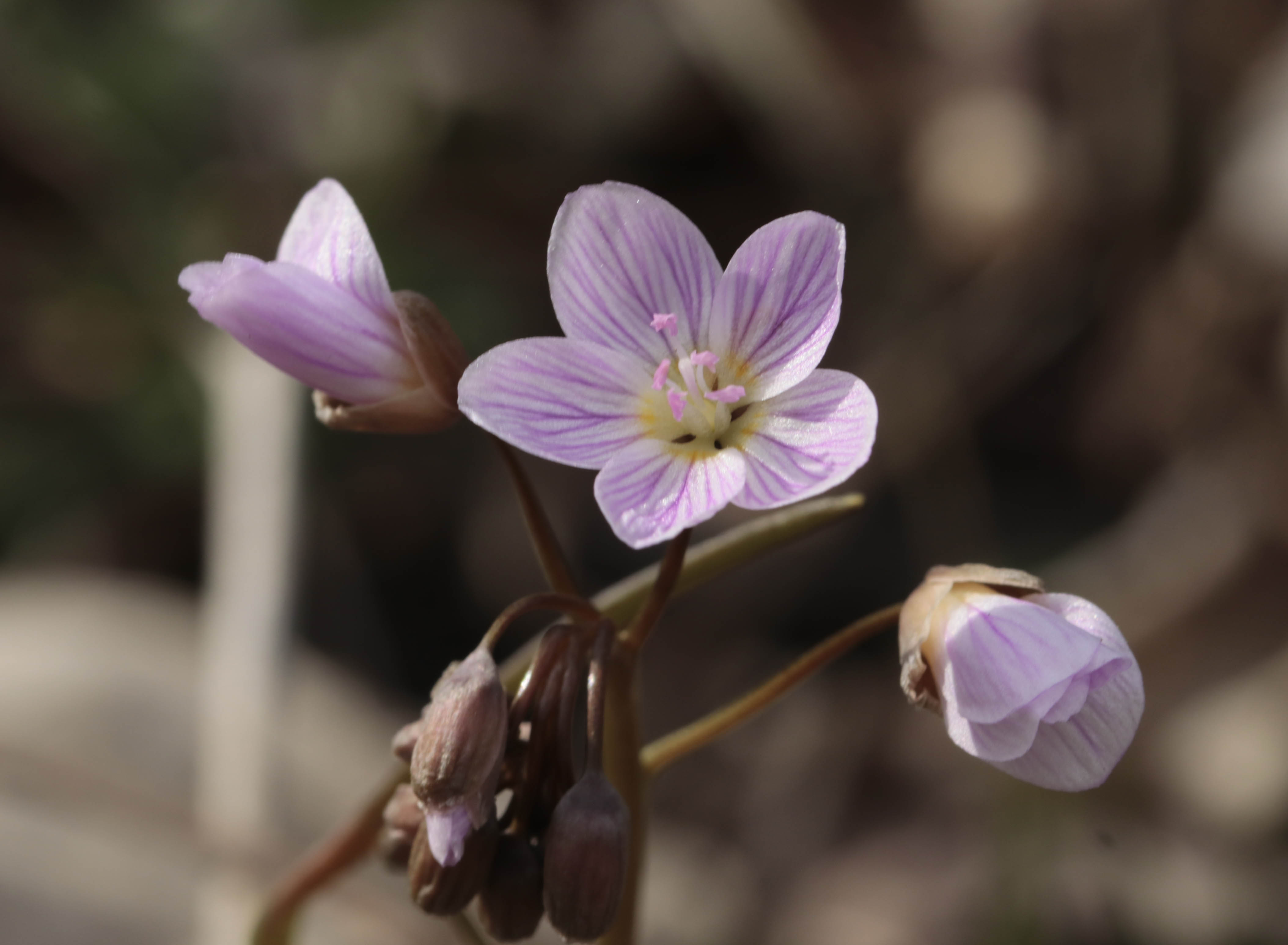 Hooded Sunburst Lichen on the bark of a Bur Oak. 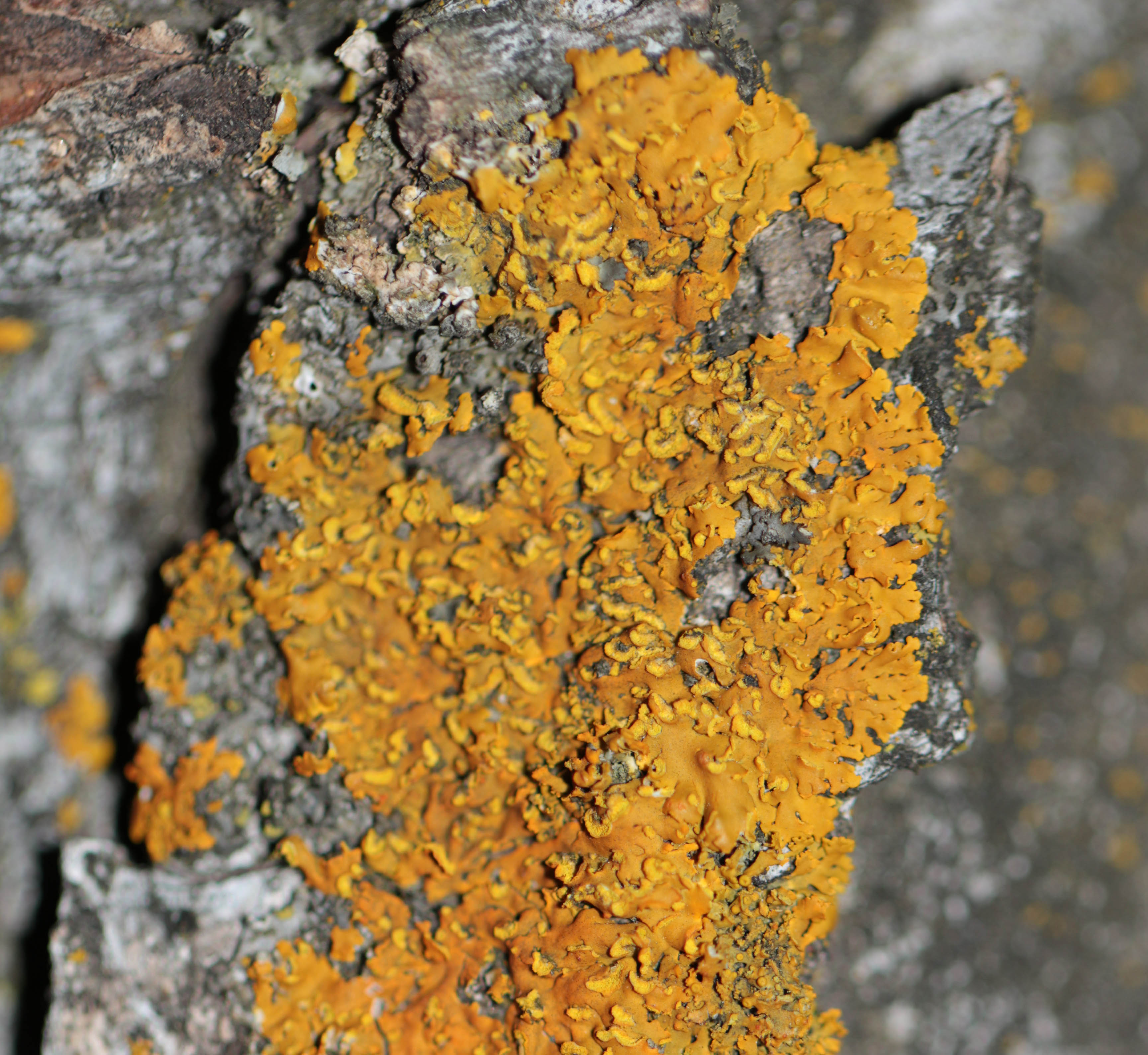