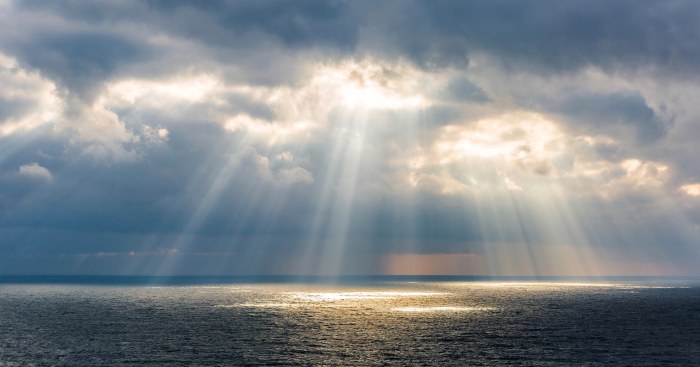 Water is our shared lifeblood

Sable Knapp‘s home state is Iowa, and she currently lives in Maine. -promoted by Laura Belin

The human body is two-thirds water, as is the surface of the planet we inhabit. Water quality profoundly affects human health and clean water protections must be upheld. Everyone should be able to have the peace of mind that comes from guaranteed safe, free drinking water.

Iowa Citizens for Community Improvement works persistently to defend Iowa’s water. By suing the State of Iowa for failing to ensure the safety of Raccoon River, Iowa CCI and Food & Water Watch are sending a strong “No Means No” message to polluters and politicians who authorize the pollution of Iowa’s rivers. Bill Stowe, Des Moines Water Works CEO, aptly said, “We are completely at the mercy of what gets dumped in our rivers each day.”

As America’s waterways slip further into the hands of corporate players, subsequent pollution continuously affects everyone. Iowa’s elected officials must be held responsible for facilitating the revitalization and protection of the water that flows through Iowa.

Des Moines, IA – Today, Iowa Citizens for Community Improvement and Food & Water Watch filed a lawsuit against the State of Iowa claiming that the state has violated its obligation to protect the Raccoon River for the use and benefit of all Iowans. This obligation is called the Public Trust Doctrine, which requires the state to protect the public’s use and not abdicate control to private interests. With well documented water pollution and only voluntary agricultural pollution controls, the suit alleges that the state is failing to uphold its duty. The groups are represented by Public Justice, Food & Water Watch, Roxanne Conlin & Associates, and Channing Dutton, of Lawyer, Lawyer, Dutton & Drake LLP.

Members of Iowa Citizens for Community Improvement and Food & Water Watch gathered at the Capitol building in Des Moines today to demand accountability for the failure of the state to uphold its duty to protect the Raccoon River, particularly from factory farm pollution.

“Iowans are tired of being told that our interests – our water, our health, our enjoyment of public waters, our drinking water, our pocketbooks – must be compromised or balanced with those of corporate ag and other industries willing to destroy our lives for profit,” said Adam Mason, State Policy Director at Iowa Citizens for Community Improvement, “Our lawsuit is holding the state to a higher standard – for us, for our kids, and our grandkids.”

Emma Schmit of Food & Water Watch said, “There is a well-known, statewide water crisis in Iowa, and the Raccoon River in Polk County has been particularly harmed by pollution from factory farms. The Raccoon River runs through one of the most intensely farmed areas of the United States, where runoff from animal manure and fertilizer poses a threat to tap water and recreational use of the river. Once again, the legislature has failed to take any action on water quality, so the citizens of Iowa have stood up to say enough is enough.”

The Raccoon River is the source of drinking water for some 500,000 Iowans. Des Moines Water Works, the largest water utility in Iowa, has one of the most expensive nitrate removal systems in the world. The utility’s struggle to provide safe drinking water to Des Moines residents was documented in its 2015 lawsuit against upstream counties alleging that their failure to regulate tile drains led to excessive amounts of dangerous nitrates in the utility’s Raccoon River source water.

A bill to establish a moratorium on new and expanded factory farms was introduced in the Iowa Senate and House of Representatives during the 2019 session. Despite growing concern from citizens and an increasing number of legislative sponsors, leadership in the Iowa General Assembly refused to allow the bill to even be debated in subcommittee, and the bill died in the first funnel on March 8. No bills to address the factory farm or water quality crises remain alive in this legislative session.

Roxanne Conlin of Roxanne Conlin & Associates said, “Iowans have waited patiently for our elected officials to fix our state’s polluted public waters. As it is clear those elected do not have the willpower to take any substantive action, every day Iowans are now turning to the courts to make Iowa’s waters clean and to protect their ability to enjoy the many outdoor activities that so many Iowans hold dear.”

“The State of Iowa has an obligation to protect the public’s use of the Raccoon River,” said Brent Newell, Food Project Attorney at Public Justice. “Farmers know what practices work for their farms, communities, and the environment. But we are clearly seeing that voluntary compliance does not work in a system controlled by corporate agriculture. Iowans need a system that empowers Iowa’s farmers to be the solution and restores rural communities economically.”

This lawsuit is a response to Iowa’s failed leadership, which has allowed the agribusiness industry to degrade Iowa’s waterways, leaving citizens with the burden of pollution and the cost of cleanup efforts. The suit seeks actionable, mandatory solutions that will restore the Raccoon River and make it safe for people to recreate in and for those who rely on it for drinking water.

Iowa Citizens for Community Improvement works to empower and unite grassroots people of all ethnic backgrounds to take control of their communities; involve them in identifying problems and needs and in taking action to address them; and be a vehicle for social, economic, and environmental justice.

Food & Water Watch champions healthy food and clean water for all. We stand up to corporations that put profits before people, and advocate for a democracy that improves people’s lives and protects our environment.