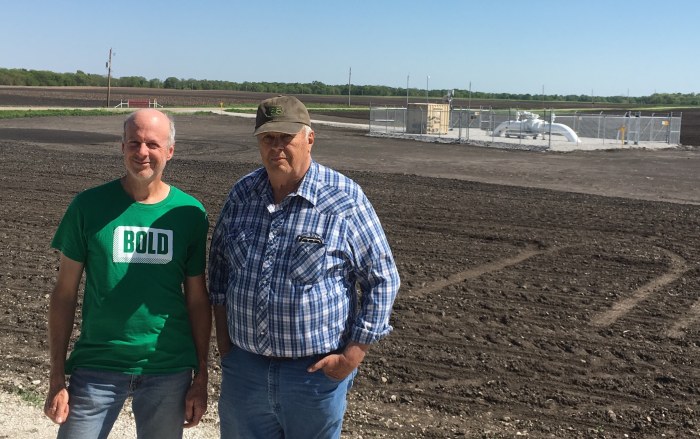 Ed Fallon remembers an Iowa farmer who fought “to the end” to stop his land from being taken for a pipeline. -promoted by Laura Belin

Sadly, those of us fighting the Dakota Access Pipeline (DAPL) lost one of our strongest allies this week. LaVerne Johnson died suddenly and unexpectedly on Sunday, April 7. My heart goes out to his wife, family, and closest friends — though he will be missed by more people than he would have imagined.

LaVerne Johnson standing by his gate, showing me the intake that pipeline workers placed on the wrong side of his fence. 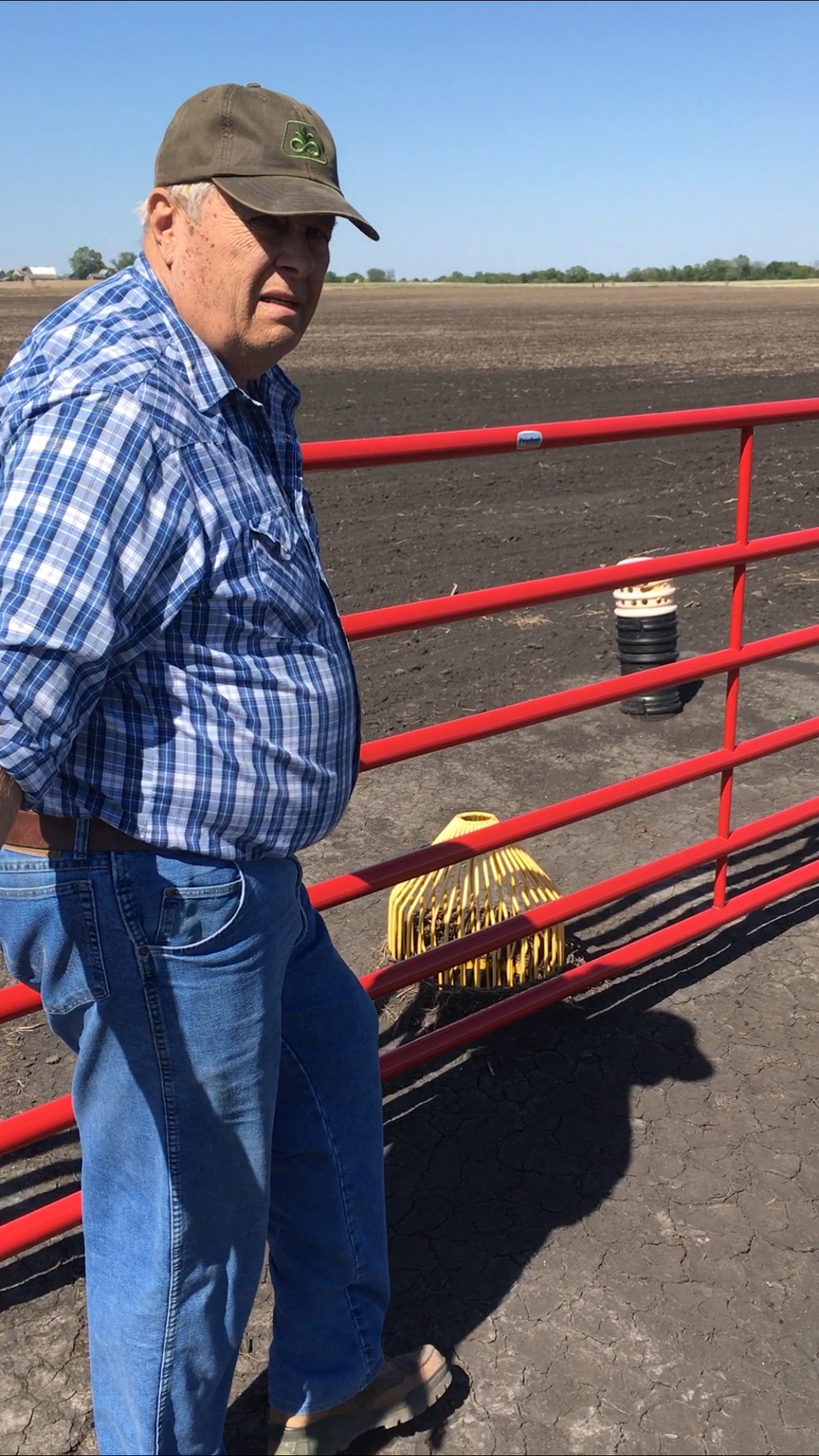 I first met Vern four years ago this month, when I walked the proposed Iowa route of DAPL.

Recalling my first conversation with Vern always brings back a smile. In the most calm, polite, Iowa-nice tone imaginable, Vern told me how delicately he had eviscerated the lies and empty rhetoric of the land agents sent to convince him of the virtues of running an oil pipeline through his farm.

Later, in response to pipeline workers tearing through his tile and then placing an intake on the wrong side of his fence, he took out a full-page ad to let the world know the kind of people he had to deal with. I believe the title of the ad was “You Can’t Fix Stupid.”

Vern and Ed in front of the DAPL valve placed on Vern’s land over his strong objections. 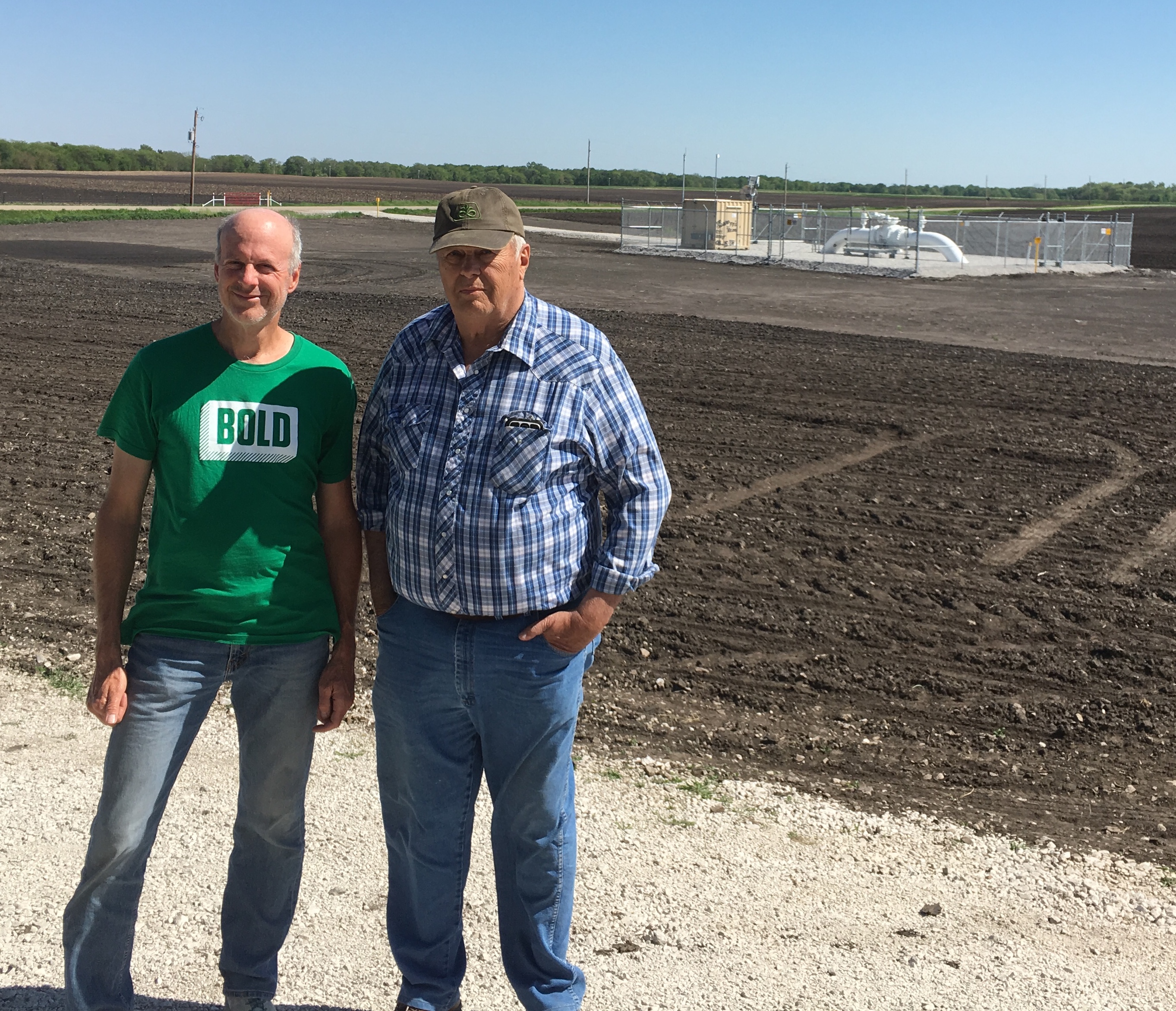 Some landowners opposed DAPL in the beginning, then buckled under pressure. Hard to blame them, given the relentless badgering and how quickly Iowa’s political “leadership” acquiesced to the company’s demands once they were bought-off with a campaign contribution or two.

But not Vern. He fought to the end against the “sons of bitches,” as he called them in his ever-so polite, Iowa-nice manner. In fact, he’s still fighting. Vern is one of nine landowners on the lawsuit before the Iowa Supreme Court — a lawsuit that has cost Vern and other plaintiffs so much in terms of time, money, and stress. Hopefully, when the justices finally issue their ruling, the court will understand the grave injustice of allowing eminent domain to be used for a distinctly private and destructive purpose.

As harsh as Vern could be toward those who did him wrong, he was an impeccable gentleman toward everyone who acted with respect and integrity toward him. The second or third time I visited with Vern, he told me we really needed a more lengthy, unrushed conversation, one that involved a mint julep. I told him I’d provide the mint if he could come up with the “julep.” I’m sorry we never got to follow through on that possibility.

Well, Vern, if and when I see you in that Great Swath of Cropland in the Sky, I’ll bring along some mint, if I can sneak it past St. Peter. And being a man of your word, I’m sure you’ll have the rest of the ingredients ready to go. It’ll be a good conversation, and one that we won’t have to hurry through.

Thanks again, Vern, for all you’ve done. We will never forget your commitment to fighting what will, in the annals of history, surely go down as a great evil foisted upon Iowa’s people, land, and water.