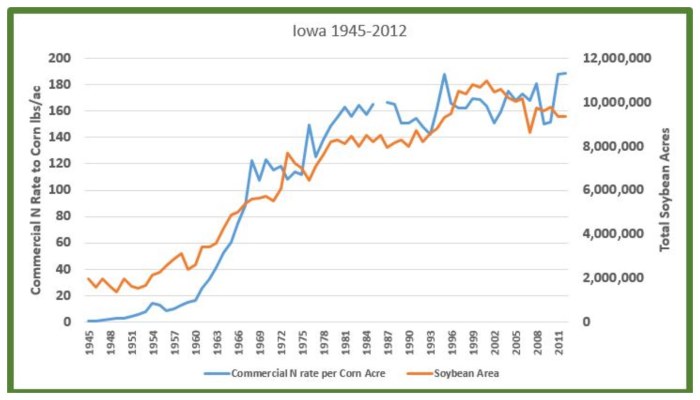 Iowa stream nitrate: This is what happened

Chris Jones is a research engineer (IIHR-Hydroscience and Engineering) at the University of Iowa. First published on the author's blog. -promoted by Laura Belin

This is What Happened

Many people are curious about Iowa stream nitrate before modern agriculture became established across the landscape. They want to know what the “natural” level of nitrate was. It turns out we do have some actual data. In 1955, the Iowa Geological Survey published a document titled “Water-Supply Bulletin No. 5, Quality of Surface Waters of Iowa, 1886-1954” (1). Some of these data are shown below (as nitrogen). 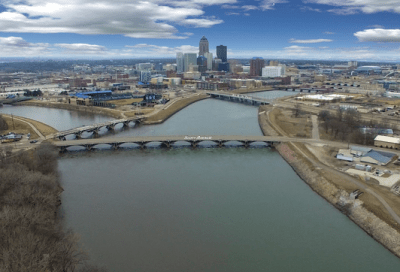 Confluence of the Des Moines (right) and Raccoon (left) Rivers

Nitrate concentrations in these streams over the past 30 years or so average 5-8 mg/L, with the Raccoon averaging greater than 10 mg/L in the worst years, so roughly a 10-fold increase from a century ago and a 3- to 4-fold increase since 1950. Loads, or the total mass of nitrate transported by these rivers, have increased far more because stream discharge has increased 2-3 times across Iowa over the past century, and loads are the product of discharge and concentration.

So, what exactly happened?

Although commercial fertilizers (inorganic formulations of nitrogen such as anhydrous ammonia, nitrate salts, urea, urea ammonium nitrate (UAN), ammonium phosphates) were not widely used until the 1960s, the process of “breaking the prairie” and “opening up the land” for crop production, along with the first wave of tile drainage, did release nitrogen into the stream network. This nitrogen came from the soil, manure, and legumes—mainly alfalfa and clovers. This is what we call “organic nitrogen.”

Crops don’t use organic nitrogen; rather, they need nitrogen in inorganic forms—mainly nitrate (NO3-) but also ammonium (NH4+). Thus, organic nitrogen must be “oxidized” to nitrate before it becomes “available” to plants. Managing the soil processes that support conversion of organic nitrogen to inorganic forms while at the same time maintaining soil integrity and preventing erosion can be challenging, especially at large scales. 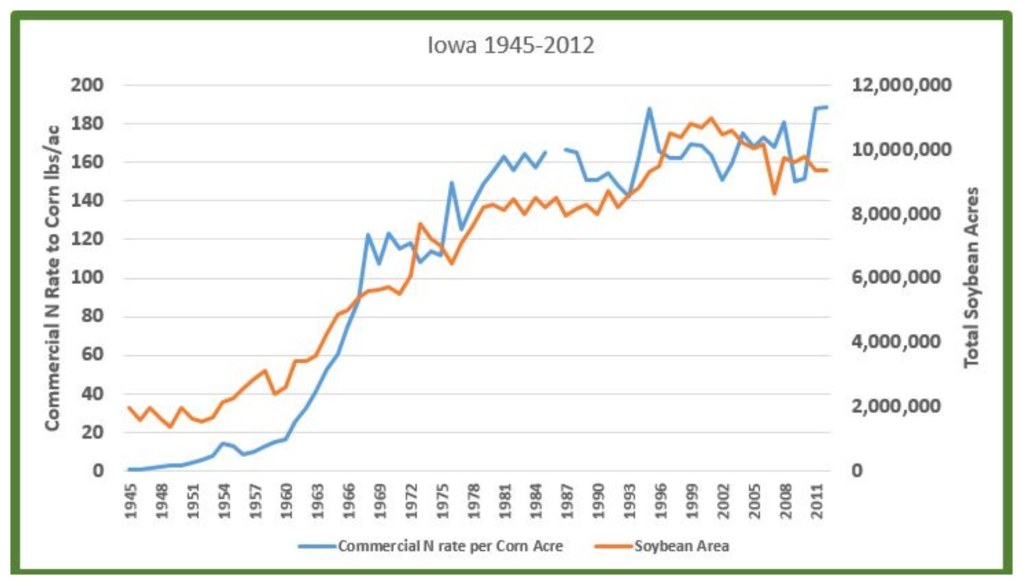 Crop production in Iowa began to transform to a different system in the late 1950s. Prior to 1960, oats were the “other” crop grown by Iowa farmers in rotation with corn and legume crops of alfalfa and clovers. Iowa was the top oat producing state for many years.

Beginning in 1960, a wholesale conversion occurred where soy displaced oats and other small grains such as wheat and barley, as well as the legume clover and alfalfa crops that provided much of the nitrogen for corn production. Many of the oats grown by Iowa farmers were used to feed animals—in the early days, the horses that did the work of tractors and other machinery, but also cattle and especially dairy cattle.

In the 1920s the food pioneer A.E. Staley (if you are old enough you may remember Staley baking powder and corn syrup in your grandmother’s kitchen) realized soy protein would be an excellent component of animal feed, and he began promoting soybean production across the Cornbelt. Widespread adoption of a corn-soybean rotation was held back however, by the fact that soybeans, although a legume like alfalfa and clovers, “fix” far less nitrogen and can actually create a nitrogen deficit in the field. This stands to reason because the bean has a lot of protein—nitrogen-containing organic compounds—and the amount of nitrogen removed in the harvest can actually be more than what the soybean crop fixes into the soil from the atmosphere. Thus any corn crop that followed soybean would be nitrogen-deficient and yields would be less. 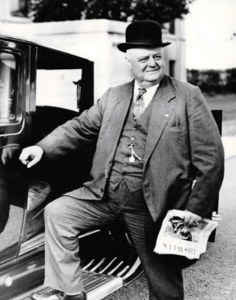 Fritz Haber was a German Nobel laureate in chemistry who in the years just prior to 1910, devised a process to synthesize ammonia from atmospheric nitrogen gas with hydrogen and a metal catalyst at high temperature and pressure. Prior to this, all terrestrial nitrogen on earth had as its origin either oxidation of atmospheric nitrogen by lightning, fixation by plants (legumes) and the mineral saltpeter. The invention was first used to make explosives. 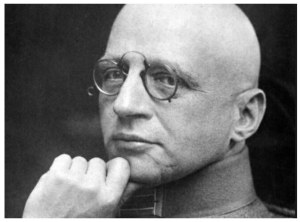 Fritz Haber, German Nobel Laureate in Chemistry and one of the fathers of modern crop fertilization. Image credit: Handelsblatt Today

Another German Nobel laureate in chemistry, Carl Bosch, up-scaled and industrialized Haber’s procedure such that mass production of nitrogen fertilizers became possible. Both Haber and Bosch were colorful and notorious figures whose lives were filled with triumph but also tragedy as a result of two world wars and fascism, and their stories are extremely interesting reading. As a result of their efforts, they unwittingly launched the population explosion and almost single-handedly altered one of earth’s most important biogeochemical cycles.

Following World War II, the increasing availability and affordability of inorganic fertilizers generated by the Haber-Bosch process made them a viable alternative to organic nitrogen. This also coincided with the emergence of soybeans as a desired commodity crop. Thus, even though soybeans don’t need nitrogen fertilizer, use of inorganic fertilizer for nitrogen-hungry corn went hand-in-hand with adoption of soy as Iowa’s second cash crop. By 1996, oats had virtually disappeared from the landscape. And since by this time livestock was eating mainly grain, there wasn’t much demand for the once common clovers and alfalfa. They too went by the wayside.

An Iowa corn acre went from receiving an average of 16 pounds of commercial nitrogen in 1960 to 122 pounds in 1968 (it’s about 190 pounds now) (2). Soybean area increased 213 percent during this same time. It was in this nine-year period that the cake was baked, so to speak.

The scientific literature is clear on this: while modern corn hybrids very efficiently use inorganic fertilizers, a greater portion of the nitrogen leaches beyond the roots when compared to organic nitrogen. This leached nitrate ends up in aquifers, drainage tile water, and ultimately Iowa’s stream network.

Part of the reason for this is the nitrogen is “available”, and also vulnerable to loss, for long periods of time prior to when the corn needs it. Much of Iowa’s commercial nitrogen fertilizer is applied in the fall prior to planting the corn crop. This practice has declined some in the last 20 years, as an awareness has grown about nitrogen loss and water quality. Many farmers also apply in the spring before planting and after the corn has emerged to reduce this time gap. 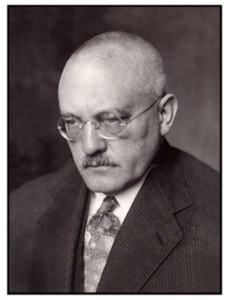 While soybeans usually don’t require nitrogen fertilizer, they are an integral and inseparable part of the problem. Nitrate concentrations in tile water under corn are higher than under soybean; however, there still is substantial loss of nitrogen from soybean acres.

Part of this is a water problem—soybeans aren’t planted until mid-to-late May in many areas and thus spring rain falling on soybean ground will go unused by plants and leach through the soil profile, dissolving nitrate and transporting it to tiles and streams. The water use patterns of soybeans are quite different from those of oats and clovers, and a few researchers have looked at this as a driver of the stream nitrate problem.

Soybeans also seem to increase nitrogen loss early in the following corn year (3). Decomposing soybean crop residue (leaves, stems, roots) has a tendency to liberate nitrogen and perhaps other micronutrients from the soil, especially if the residue is tilled into the soil during warm autumn weather. As a result of these and other factors (mainly the presence of drainage tile), Iowa farmers on average lose about 10-20 percent of their nitrogen inputs to the stream network.

Before the emergence of soybeans and commercial fertilizer, nearly all nitrogen inputs used to fertilize Iowa corn came from green manures such as alfalfa and clovers, and animal waste. Livestock, especially cattle, consumed these legumes, but commercial fertilizer made the presence of each unnecessary on farms. This enabled many Iowa farmers to specialize strictly on corn and soybean production.

Demand for animal protein, however, continued to increase with world population and increased income levels. With fewer farmers wanting or needing livestock, those that continued with livestock production were able to greatly enlarge their operations.

This is especially evident in Iowa with hog production, Iowa's primary livestock animal. In 1980, 65,000 Iowa farmers raised a total of 13 million hogs; by 2002 the number of hog farmers had dwindled to 10,000 but total hog numbers increased to 14 million (4). This dramatic shift in production resulted in many hogs being concentrated in certain areas of the state and a geographical alignment with buyers, packing houses, feed and equipment suppliers and haulers.

Similar scenarios have also played out with cattle and poultry. This transition from diverse, multi-species farms to ones specializing in corn and soybean production with a subset of the latter raising concentrated livestock has produced both efficiencies and negative environmental consequences.

Production of hogs is not dispersed evenly across the state. There are several areas of concentration, most notably northwest, north central, and southeast Iowa. Large areas of Iowa actually have very few hogs. But in total, numbers are high. Iowa comprises 1.5 percent of U.S. area but is home to 34 percent of the country’s hogs (23 million).

Secondly, exactly how much nitrogen is in the manure, and how much will be available to the crops, can be highly variable and difficult to quantify. For this reason, many farmers use manure as a supplement to a regimen of commercial fertilization. Or manure rates are determined by crop phosphorus needs. For these reasons and others, it is fairly well established that nitrogen inputs to crops and stream nitrate levels are higher in areas where livestock is concentrated and when manure is incorporated into the fertilization scheme (4).

Scientists already had a basic understanding of the processes driving stream nitrate by the early 1970s. But we really have made little progress in solving the problem, and in fact it may be getting worse. Five-year running annual average nitrate loads may have increased as much as 77 percent since 2003 (5, 6). I would characterize this as driven by three interconnected factors: continued expansion and upgrade of the constructed tile drainage infrastructure, ineffective management of manure nitrogen inputs, and increasingly wet weather across most parts of Iowa.

As we move forward in implementing existing strategies and devising new ones, we would do well to review how we got to this place. Much of the scientific literature in the 1970s quickly linked nitrogen inputs to stream nitrate, and over the past 20 years or so most have settled on the idea that simple nitrogen mass balances are a driving factor, that is, inputs of commercial, legume, and manure nitrogen are larger than the output of nitrogen in the grain harvest and this surplus is an environmental problem. This net balance, or Net Anthropogenic Nitrogen Inputs (NANI), correlates very strongly with stream nitrate levels.

To reduce loss from farm fields to streams, we have strategies that trap the nitrogen at the field’s edge but do little to effectively address the NANI component. Reducing inputs to levels commensurate with grain needs can be risky in an area with unpredictable weather such as we have in Iowa.

I need to bring this to a (clumsy) end, and to do that I will say that to improve Iowa water quality, we might do well to think about how we got here, and what we are willing to sacrifice to improve the condition of our lakes and streams. As history has shown, it won’t come easily.

Chris Jones grew up in Ankeny and is a graduate of Simpson College. He also holds a Ph.D. in chemistry from Montana State University. Currently he is a Research Engineer at the University of Iowa. His research focuses on water monitoring and water quality in agricultural landscapes.