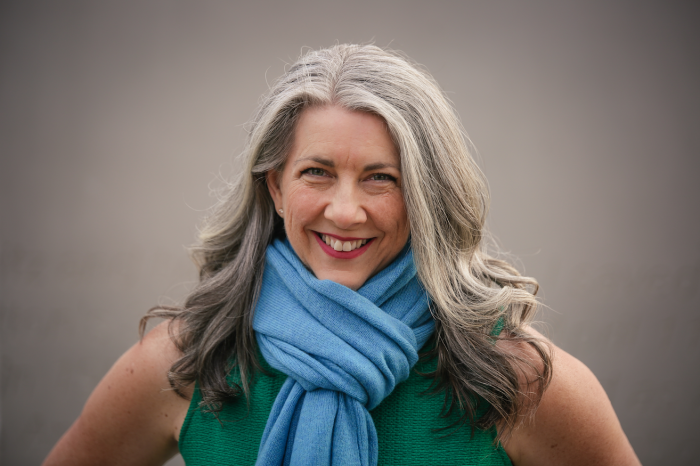 Why I'm running to be the best senator money can't buy

Kimberly Graham is the first declared Democratic challenger to U.S. Senator Joni Ernst. Her campaign website is kimberlyforiowa.com, and she's on Facebook and Twitter @KimberlyforIowa. -promoted by Laura Belin

Our current junior senator ran on a promise to get rid of corruption in Washington and “make ‘em squeal,” but the only people squealing are Iowans harmed by her votes.

Like former governor and Secretary of Agriculture Tom Vilsack, I wasn’t born here, but I got here as soon as I could. I chose to live in Indianola for 24 years and chose to raise our son there. Our son is a smart and kind young man and an Eagle Scout. His father and I divorced amicably when he was 7 and along with our son’s paternal grandparents, the best people I’ve ever met, we worked together to raise him.

I’ve been working since I was 14. I worked in a dry cleaners, cleaned houses, waitressed, worked in retail stores and was a flight attendant and active union member and organizer with the the APFA. I’m a first generation college student and had to take out student loans to afford tuition. I’ve spent my career advocating for kids and parents and as a mediator. I currently represent abused or neglected kids as their attorney and guardian ad litem in the Recovery Court program.

I’m running for every couple and every single mom and dad who can’t afford medical insurance. Who earn too much to get Medicaid, but not enough to pay insurance premiums, high cost deductibles, co-pays and prescriptions.

I’m running for every middle income family effectively impoverished by the costs of medical insurance and care. As a single mom, I remember getting the slim envelope every April from Blue Cross Blue Shield, the one I’d open with dread because it was the annual premium increase letter.

My brother had appendicitis years ago and was refused medical care because he had no insurance. Thank goodness a friend drove him to a county hospital, where he had emergency surgery that saved his life. He could have been another casualty of lack of insurance.

We need a senator who doesn’t vote to repeal the Affordable Care Act without having a solid plan in place that is better and more affordable.

We need Medicare for All. Now.

I’m running for those who can’t afford the absurd cost of insulin and for those who have died from rationing it to make it stretch. In this, the wealthiest nation on earth, shame on our representatives who have the power to fix this and and won’t. We need a senator who will take on drug companies and drug prices.

I’m running for people in rural communities and for family farmers, who are watching neighbor after neighbor fall on harder and harder times, schools consolidating, hospitals in financial trouble, local businesses closing, and their kids and grandkids packing up and moving to the city or to another state.

We need a senator who will stand up for rural communities and small businesses, and who won’t support trade wars and mega-mergers that harm them. We need a senator who has a vision of a revitalized and vibrant rural Iowa, a vision where small towns have excellent local schools, local hospitals, abundant housing, affordable day care, and a lot of good paying jobs.

We need a senator who works to see that vision through. Now.

I’m running for every Iowan who is tired of name-calling, incivility and disrespect. We are all Iowans and all Americans. We won’t always agree but we can disagree respectfully.

My grandmother was a lifelong Republican who said the only Democrat she’d ever vote for would be me. My grandma meant everything to me. Growing up, she spent summers at her grandparents’ farm in Zearing. She told me so many great stories - including the one about her grandma letting her roller skate back and forth in the farmhouse kitchen. I’ve digressed, but my point is, as I heard a friend say recently “it’s hard to hate someone up close.”

Iowans get to know each other “up close” at our kids’ baseball games, places of worship, chatting in the aisle at Fareway or Hy-Vee and at work or in school. We have a lot in common, no matter who we’ve voted for. And . . .make no mistake. We can model civility for our kids and stand up for social and racial justice. We don’t have to agree with, empathize with, or condone someone’s opinions or votes to be civil and respectful. Never mistake my kindness for a lack of backbone. It’s possible to be respectful and stand up for what’s right at the same time.

We have a very long way to go, so let’s go together. Together we can reclaim our democracy, restore and preserve voting rights, get big money out of politics, make progress on civil, human, LGTBQ+ and disability rights and forward social justice.

Together we can make progress on criminal justice reform, take better care of our military service members and veterans, pass common sense gun laws the majority of Iowans want, work for clean air and water, and take massive action on climate change for a sustainable future and more jobs.

Together we can create a healthier and more democratic economy, a thriving middle class, make Medicare for all a reality and so much more.

We have a long way to go and a lot to do! Imagine grabbing your backpack and putting on your walking shoes. If you’re from Iowa, maybe you’ve seen a gravel road or two. Imagine that road in front of us. See it? It’s a long one with a lot of hills and not much shade.

It won’t be fast.

It won’t be easy.

But we can make it, together.

Please join us for a campaign announcement event on Tuesday, May 14, at 5:30 p.m. at Buxton Park in Indianola. We hope to see you there!

This campaign is By the People, For the People. I hope to be your senator, the #BestSenatorMoneyCantBuy. As I travel around the state this summer on my 99 county Ride for Democracy tour, I want to talk with you. I need to know what’s most important to your family.   Please follow the Ride for Democracy at www.kimberlyforiowa.com, email the campaign if you would like to volunteer at info@kimberlyforiowa.com or contribute to the campaign via the “contribute now” buttons on the web site.

*After research, I discovered the precise origin of this proverb is unknown, but it’s widely believed to have originated on the African continent.