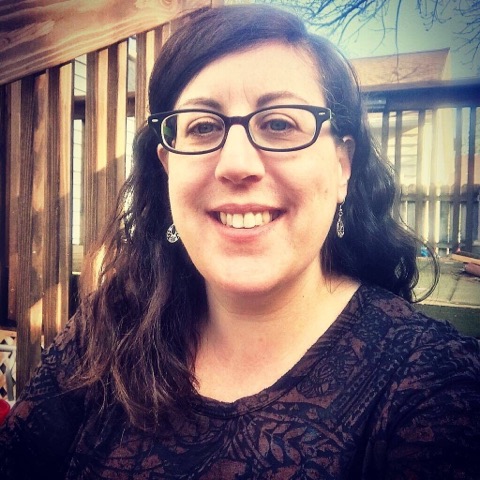 Megan Dake is a mother and teacher at East High School in Des Moines. -promoted by Laura Belin

As the daughter of an immigrant, I have always valued the American Dream. My father was less than three years old when he came to this country with his family. Like so many others, they wanted to chase that dream; they wanted a better life. America opened its arms. My father learned English, he went to college, he became a teacher. The American Dream was real. But somewhere along the way, this dream has become a nightmare.

Today, I am also teacher. East High in Des Moines is the largest high school in Iowa and the majority of our students are Latinx.

In the five years that I have taught at East, I have become close to my students, many of whom came here as infants or young children. These students are sometimes, like their parents, undocumented. Today they live in fear that their parents will be scooped off the streets by ICE (who have been known to frequent the local Mexican grocery store), that they will and be sent to a country where they don’t know the culture, the people, and sometimes not even the language.

I know students who have had middle-of-the-night raids on their homes and have witnessed ICE taking family members away – not knowing if they will ever see them again. Last summer, Manuel Antonio Cano Pacheco, an East High student due to graduate in a month’s time was stopped for speeding and found to be under the influence. Despite his DACA status, he was deported to a country where he knew no one. Within a month he was murdered.

I have been sick with worry for my students, their families, and our country since this president was elected. Trump promised he would go after the criminals, but this is not the case. He has gone after hard-working people with families. These are not rapists, murderers, or gang members. These are asylum seekers who were so desperate to provide a better life for their families that they risked their lives to come to our country. The fact that families are broken up and children taken from their mothers at the border and yet people are still arriving by the hundreds and thousands each day shows how truly deplorable their lives in their home countries must be.

My son was born shortly before Donald Trump was elected. Joey will be three at the end of July and is a sweet, kind, and silly little boy. Reading about the conditions that children are subjected to in our country’s detention centers, living in filth, separated from their mothers, not understanding what is happening, makes me weep. These children were brought to this country at great risk so that they could have the same opportunities as my son. And after enduring a traumatic journey, they are only subjected to more trauma at the hands of our government, some even dying in our custody. Most of these children have family member waiting for them. So why couldn’t they be released?

Since the election, I have done mostly social-media activism: sharing articles, writing commentaries, joining groups filled with like-minded people. But after seeing the beautiful faces of the children who remain detained without their families while in our custody, I feel I had to do more. As a teacher, my salary doesn’t afford me the luxury of donating money to support these asylum seekers, but I have a voice.

One morning recently I learned about the Lights for Liberty nationwide vigil. By that afternoon, after seeing that there was not an event planned for Des Moines, I decided to make one.

I’ve never done anything like this before and don’t know what I’m doing, but I’ve met some amazing people along the way who have joined me in organizing this protest. The event is a chance to raise our voices and demand an end to these detention facilities.

Please join us at the Polk County Jail on Friday, July 12 at 7:30 PM. We have chosen this location because this is one of three county jails in Iowa where ICE detainees are held. There will be speakers and performances, and the night will end with a candlelight vigil and moment of silence at 9:00 PM.

We are in the process of organizing ride-shares for those who need a ride and are discussing ways in which to make everyone feel safe at this event. Please see the Facebook event details for more information, and please share!

Editor’s note from Laura Belin: Elsewhere in Iowa, there will be Lights for Liberty events on July 12 in Cedar Rapids (at the federal courthouse) and in Iowa City (at College Green Park). Those interested in organizing additional events can register through the national website, LightsforLiberty.org. Dozens of non-profit or advocacy groups are hosting or co-sponsoring the effort.

UPDATE: There will also be a vigil on the same date and time at the Story County Justice Center in Nevada.