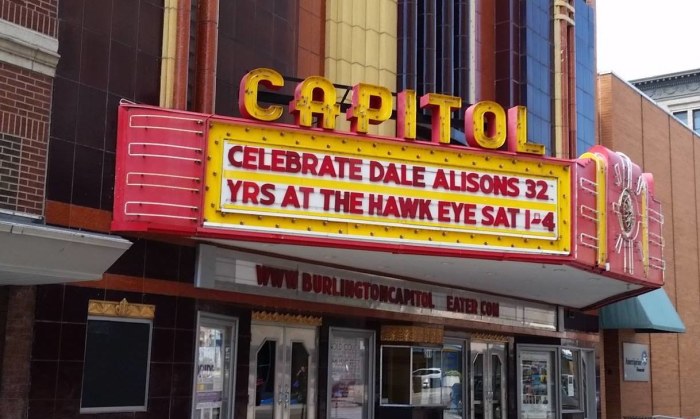 First, a bit of context: It’s no secret that large newspapers have struggled the past 25 or 30 years. Here’s a critical reason why: as managing editor of a small paper in southeast Iowa, I used to advertise in Gannett’s Des Moines Register when we had openings on our staff. It made sense: everybody looking for a job in Iowa turned to the Sunday Register to see who was hiring.

A single ad in the late 1980s or early 1990s would cost a couple hundred dollars. And there would be hundreds of such ads in a typical Sunday issue. It doesn’t take a math wizard to conclude that generated a lot of money.

Eventually, though, I could reach a more precise audience for a much lower cost. One ad on journalismjobs.com would cost $75 and run for several weeks, and it’d go only to people interested in that line of work. Digital advertisers for school districts, trucking firms and agricultural outfits had their own versions of journalismjobs.com.

What I — we — gained in efficiency cost the Register. When a digital alternative arrived, those Sunday help-wanted ads vaporized, never to come back. Yet those ads helped fund the Register’s relatively large staff, its expansive bureaus and its network of correspondents.

By the time Gannett acquired the Register in 1985, the newspaper already was having to retrench. Bureaus were shuttered in the Quad Cities, Waterloo and elsewhere. But the Register was a sort of vanity purchase for Gannett, which had its own reputation for producing nondescript but profitable papers. That’s because at the time of the sale, only the New York Times had more Pulitzer Prize winners for national reporting than did the Register. It gave Gannett some cache.

Certainly, the Register is thinner today than it was then, but the paper’s quality continues to outshine its peers — both inside the old Gannett stable and outside. That may say something about the state of the industry, but in truth, Iowa readers have been relatively well served. No other, state, for instance, has better coverage of its legislature, due to the Register’s oversight. How long that remains now is very much in doubt.

Earlier this year, Digital First Media offered Gannett $12 a share for stock that had been trading at below $9 — an attention-getting price.

Owned by the New York hedge fund Alden Global Capital, DFM was known for cutting costs on a gargantuan scale. Not long ago, the DFM-owned Denver Post newsroom numbered more than 250. By last year, it had shrunk to fewer than 100.

Moreover, the cuts weren’t rational. While Alden said its newspaper holdings were “solidly profitable” and north of 20 percent, executives refused to explain the reasons for the layoffs. The situation became so dire that last year the paper’s staff called out the ownership in an editorial. It said if Alden wouldn’t fund good journalism, perhaps it could sell DFM to someone who would.

The editorial writer lost his job, as did 29 others.

Alarmed at DFM’s possible takeover of Gannett, The NewsGuild, which represents reporters, photographers and editors, noted “the destruction of local newspapers by hedge funds and private equity firms is an underreported national crisis for our democracy” and suggested federal scrutiny of the deal.

That likely won’t happen. We’re in an era of toxic capitalism. Ever since Milton Friedman wrote nearly 50 years ago that corporations should concern themselves only with increasing shareholder value, CEOs have been liberated from having to worry equally about their employees, their customers and their communities.

This week, GateHouse Media, which is owned by Fortress Investment Group, a private equity firm, landed Gannett for roughly the same price DFM was offering in a deal that reportedly will cost $1.4 billion. Admittedly, GateHouse is better than DFM, but only slightly. I know because two and a half years ago, GateHouse bought The Hawk Eye in Burlington, the paper I worked at for 32 years. What GateHouse did to The Hawk Eye holds ominous clues to the Register’s future.

Prior to this week’s transaction, GateHouse was the country’s largest publisher in terms of sheer properties. The old Gannett led the country in paid circulation; the new Gannett leads in both. But that’s the problem.

For 180 years, The Hawk Eye had owners and publishers who actually cared about Burlington. That stewardship was rewarded by some of the best and most loyal readers to be found. In January, I gave a presentation about The Hawk Eye’s storied history* to a roomful of people who turned out on a day Burlington got 8 inches of snow. (In fact, more people showed up than got a newspaper the next morning.)

When the paper was sold, our newsroom had 25 people who dutifully informed some 16,000 subscribers about doings in southeast Iowa. Even though we were assured of no major changes, seven months later I was one of the first people to be shown the door. Between outright dismissals at random intervals and voluntary buyouts, only five people are left in the newsroom today. Working as hard as they may, they cannot produce enough local copy to satisfy what Burlington-area readers were accustomed to receiving. Stories are not covered, canned copy litters the newspaper, and daily local editorials disappeared with my dismissal.

(Note: Since acquiring The Hawk Eye, GateHouse’s modus operandi is to fire EVERYBODY, then hire back only a fraction. I suppose it’s easier to rip off the bandage all at once. Whether that happens at the Register and old Gannett properties, we’ll have to see.)

According to the publisher’s statement of ownership last fall, circulation had declined by a third. Then came a brutal winter and loud complaints that readers didn’t get papers for days at a time, so expect the subscription number to tumble even further.

At the time of the sale, The Hawk Eye had not quite 100 employees in its 20,000-square-foot building, which lies not far from the Mississippi River. Employees in other departments routinely would share story ideas with the News Department. They also purchased goods from local advertisers, volunteered for local organizations and were interested in seeing their community succeed.

Today, the building has a little more than a dozen workers and an idled press. The paper is printed 95 miles away in Peoria, Ill., which requires early deadlines assuring nighttime council meetings and high school ballgames are two days old by they time they are read. (Except in rare instances, the website is updated after the paper is delivered.) The paper is assembled in Austin, Texas, and looks like every other GateHouse newspaper. Similarly, all GateHouse properties share a single website template, and not a very good one, at that.

To GateHouse executives, Burlington, Iowa, is no different from New Bedford, Massachusetts, or Pueblo, Colorado. All exist solely to generate money. If papers aren’t delivered in a snow storm or a reporter isn’t available to cover a story, so be it. If editors in Texas are unaware that street addresses in stories don’t make sense or a name is misspelled, so be it.

By maximizing shareholder value, GateHouse is squeezing everything it can out of The Hawk Eye right now. Who cares if that comes at the expense of fat profits tomorrow.

Never mind that The Hawk Eye — which never relied on classified advertising to the extent larger newspapers such as the Register — was quite profitable at the time of the sale, the hedge fund owners either wanted more or, more likely, had a corporate cookie-cutter formula to follow. GateHouse didn’t care what became of the product or its once enviable reputation.

Today, employees come to work never knowing if or when their job will be eliminated, which isn’t exactly conducive to planning. In a very real sense, GateHouse has created a downward spiral from which it is uncertain to emerge. It complains about “shifting reader habits” for interrupting its business model even while implementing changes assuring further reader alienation. As the company with the most newspapers and now the most readers, GateHouse-cum-Gannett will be driving those reader habits.

Newspapers are odd organisms. Their principal product, news, doesn’t generate money per se. News, especially reputable content, be it news, sports, opinion or features, creates a steady audience, which attracts advertising. So cutting content decreases the size of the audience, resulting in a drop-off of advertising. But that has been the GateHouse formula.

GateHouse executives admit they don’t know if the Gannett acquisition is the right answer. CEO Michael Reed hopes it buys the now-bigger company some time and heft to attract more digital advertising as it moves toward an exclusive web presence. But Facebook and Google already claim two-thirds of all digital advertising and show no signs of giving up market share, despite Amazon’s best intentions.

If Reed’s bet is wrong, the new Gannett can do what GateHouse has done before: file for bankruptcy. But the damage will have been done.

* Not only is The Hawk Eye Iowa’s oldest newspaper and provided the state with its nickname, one of its former editors lit the fuse that started the Civil War when it did, another became the youngest Cabinet member since Alexander Hamilton and commissioned John Philip Souza to compose “The Washington Post March,” and a tragedy in the family of still another former editor spurred the FBI to revamp the Lindbergh kidnapping law. But those are stories for another day. 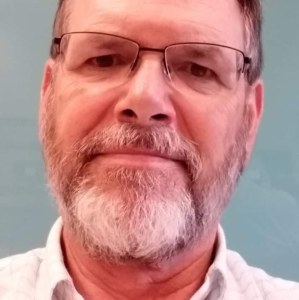 Top image: Marquee at the Capitol Theater in Burlington for an open house soon after Alison lost his job at The Hawk Eye. Photo provided by Dale Alison and published with permission.