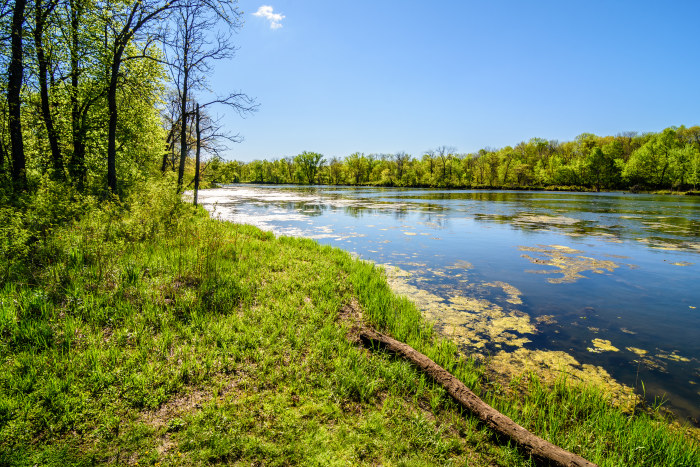 Chris Jones is a research engineer (IIHR-Hydroscience and Engineering) at the University of Iowa. The Cedar Rapids Gazette published a version of this essay on August 28. -promoted by Laura Belin

Prologue: Some time ago, I wrote an essay for the Iowa Ideas Magazine , which was published recently by the Cedar Rapids Gazette. That piece forms the bulk of this essay. I received no compensation from the Gazette, and the title here is mine and not the Gazette’s.

I am 58 years old, grew up in Iowa, and have lived here most of my adult life. Although some things have improved and exceptions can be found, for the most part the state’s water quality has never been good or even adequate during the span of my life.

Some of this connects to decisions made 100+ years ago by our great-great-grandparents, including my own. But some or most of it is because of recalcitrance and the insistence that we tolerate the status quo. I reject that. Hence the title.

I’ve slightly edited the essay I sent to the Gazette. The new version follows.

Iowa’s most talked about water quality problem is stream nitrate pollution, and I spend roughly half of my research hours studying the issue. The problem is not new and the drivers of it have been known for 50 years: fertilization and the altered hydrology of Iowa crop fields. Google Scholar is a search engine researchers use to quickly scan the scholarly literature. “Iowa stream nitrate” generates 28,000 hits in Google Scholar, about 1400 of which pre-date 1970.

Although I and others continue to study the details, the problem boils down to this: when the amount of nitrogen applied to fields exceeds crop needs, and that excess can find an easy pathway to the stream network, elevated levels of stream nitrate result. That pathway is usually tile drainage—networks of porous pipes used to lower the water table in the northern two-thirds of Iowa. In far northeast Iowa, nitrate can also quickly penetrate thin topsoil and enter streams through the porous limestone bedrock known as Karst.

Iowa stream nitrate levels have increased approximately tenfold over the past century and possibly a lot more than that in some rivers.

The nitrogen atom of the nitrate molecule may cycle through soil particles, bacteria, fungi, plants and animals multiple times over months or even years before entering a stream. Or less commonly, the applied commercial or manure fertilizer may directly enter a stream in the weeks or months after application. In either case, the fundamentals remain much the same. We saturate the landscape with this water soluble nutrient and then in our haste to dry out the soil, provide it with a first class ticket to the Missouri and Mississippi Rivers.

The resulting stream nitrate impairs our drinking water, catalyzes nuisance and harmful algae blooms, and kills off part of the Gulf of Mexico when the Mississippi River unloads our baggage every summer.

Our government’s main strategy to address this and many of the other negative environmental consequences related to agriculture has been to offer cost-share (public) money to entice farmers into adopting best management practices (BMPs) thought to reduce the pollutant de jour. Every American that has ever lived since 1930 has contributed on average around $700 to farm conservation programs. There have been some successes, most notably with soil erosion, but thus far progress toward solving nitrogen pollution has been agonizingly slow, and in fact the problem may be getting worse. My own research shows nitrate loss in Iowa has increased more than 70 percent since 2003.

Iowa farmers can receive cost share funds for a variety of nitrate-reducing practices including wetlands, saturated buffers, cover crops, woodchip bioreactors and others. Unlike BMPs for soil erosion, those designed to reduce nitrate loss offer the farmer very little or nothing in enhanced crop yields or farm value, with the possible exception of cover crops in some circumstances. In the absence of regulation, we are relying on farmers’ altruistic instincts for BMP adoption.

What is the path to solving this problem?

In my view there are a couple of elephants in the room. One is the amount of fertilizer farmers are applying. Extra fertilizer (both commercial and manure) is cheap insurance when it comes to growing corn. People that study these things know that on average, farmers are applying nitrogen fertilizer in excess of the rates recommended by Iowa State University. And this is before we consider nutrients excreted by livestock.

To give farmers license to apply however much fertilizer they want or feel they need, and then ask the public to pay for practices to trap the excess at the field’s edge with wetlands or bioreactors or whatever, is not a logical road map for water quality improvement. To top it off, the taxpayer indemnifies the system with publicly-supported crop insurance. Government policy helps keep fertilizer cheap, and government policy makes sure that the public shoulders the burden for the resultant pollution. I find it difficult to reconcile these policies with the concept of cleaner water (to put it mildly).

Elephant number two is the group of individuals and companies that purchase commodity crops and benefit most from the super-abundance of corn and soybeans and the low prices that come with that abundance. We ask nothing of them when it comes to water quality. This needs to change.

Most Iowa farmers are conducting their businesses as any rational person would do under the circumstances. They’re operating within a system that most of them had no part in creating and feel powerless to change. Although I think it’s fair to expect certain things from farmers, I also think it’s unfair to expect them to solve our water quality problem.

Going forward, we need to recognize this is a continental scale problem, and solutions will need to address complex socio-economic factors that cross state lines. Very few problems of this scale and magnitude have been solved through individual actions. Better water quality will only result if Iowa voters demand it and hold their elected leaders accountable to develop solutions that engage everyone benefiting from the exploitation of our natural resources.