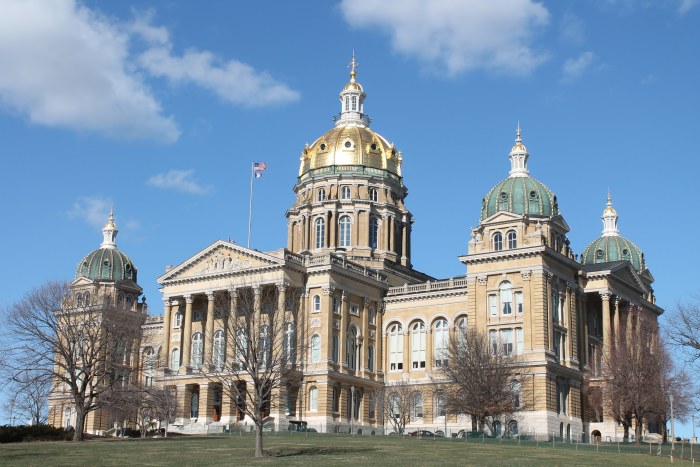 Thank goodness this could never happen in Iowa

North Carolina Republican lawmakers have a history of behaving like "banana republic" autocrats, canceling primary elections they couldn't rig and attempting to limit the authority of the governor and Supreme Court after GOP candidates lost last year's elections for those offices.

Today Republican leaders of the North Carolina House pulled something new out of their bag of reprehensible tricks. They called a surprise vote to override Governor Roy Cooper's veto of the state budget while many Democratic colleagues were absent from the chamber for a 9/11 remembrance event or committee hearings.

I doubt Iowa House Speaker Linda Upmeyer would stoop so low. But even if she wanted to, she could not attempt this gambit here.

Some state legislatures, including North Carolina's, require majorities of members present to take action. Republicans control the North Carolina House but lack the three-fifths majority needed to override the governor's veto, leading to a months-long "stalemate" over the state budget.

After most Democratic lawmakers left the chamber this morning, under the impression no votes would be taken, Republicans were able to override the veto by 55 votes to 9. That's well above a three-fifths majority of the 64 members present.

Thankfully, Iowa is among the states requiring a "constitutional majority" for legislative action. Our state's constitution spells it out: "No bill shall be passed unless by the assent of a majority of all the members elected to each branch of the General Assembly [...]." Iowa legislators can override a governor's veto by a two-thirds majority "of the members of each house."

A stealth vote wouldn't accomplish anything here, because even if you brought a bill to the floor while most members of the minority party were otherwise occupied, you'd need 51 votes in the Iowa House or 26 in the Iowa Senate to move the measure forward. Enacting a law over the governor's objections always requires 67 votes in the House and 34 in the Senate, not two-thirds of the members attending that day.

If North Carolina's state House operated under Iowa's rules, Republicans would have needed 72 votes (three-fifths of the 120 members) to override Cooper's veto.