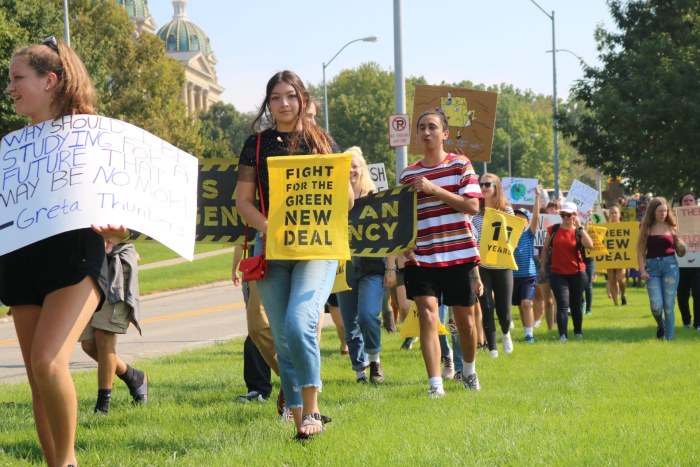 Des Moines area students, community members, and youth organizers banded together at the Iowa Capitol on September 20 to strike from school and work, demanding comprehensive action against climate change. This strike started off a week of action and solidarity around the world.

Speakers included U.S. Senate Eddie Mauro and youth from around Iowa who know the very real consequences climate change will have on their futures.

“At this point, we know that climate change is on the course to kill us all.” Said Isabella Cooke, youth activist, and speaker at the Iowa Climate Strike. “Scientific team after scientific team has proven that we are living on borrowed time, that we only have years, months before extinction. But they’ve also given us the tools, we’ve given ourselves the tools to prevent that from happening.

This event was one of the similar strikes in 150 countries, with more than 1,000 strikes in the United States alone. In a movement started by Greta Thunberg in 2018, millions of students have been striking from school on Fridays to demand a secure future.

This worldwide strike was the largest protest against inaction on the climate crisis in history. Speakers and attendees included students, members of the community, parents, and people from all walks of life, with over 600 attendees. They came together to disrupt their daily lives, recognizing the disruption climate change will have on our Earth. These Iowans came together to strike, march, and protest in U.S. Representative Cindy Axne’s Des Moines office. Some 600 activists stormed her office in peaceful protest, demanding comprehensive change.

The strike leaders, including Iowa Climate Strike and The Sunrise Movement, tout growing momentum for comprehensive legislation targeting the climate crisis and economic inequality, such as the Green New Deal. All the major Democratic presidential contenders have plans targeting climate change, and 100 members of Congress have co-sponsored Senator Ed Markey and Representative Alexandria Ocasio-Cortez’s Green New Deal. Polls also show that the Green New Deal is broadly supported among voters of both parties and is a top-two issue for Democratic primary voters.

Following this event, Climate Strike organizers all over the world will continue to organize and work to secure their future. Through direct action and more strikes like Friday’s, the Iowa climate strike chapter intends to have climate change declared a national emergency and to elect climate champions. The Sunrise Movement has deployed six full-time statewide organizers working to increase youth turnout to the caucus and build an army of young people across the state demanding politicians back the Green New Deal. (Editor’s note: Charlie Mitchell recently wrote about the Sunrise Movement’s organizing in Iowa.)

Other demands from the Iowa Youth Climate Strike include secure jobs in clean energy, all decisions being tied to reports from the Intergovernmental Panel on Climate Change, passing the Energy Innovation and Carbon Dividend Act, K-10 education on the climate crisis, the stopping of building new fossil fuel plants and our nation being completely carbon neutral by 2030.

More information on our events can be found on the Iowa Climate Strike Facebook page, or contact us at iowa@youthclimatestrikeus.org

For more information about the Sunrise Movement, contact Mona Abhari at mona@sunrisemovement.org

ABOUT YOUTH CLIMATE STRIKE:
The Youth Climate Strike is an organization rooted in the movement started by Greta Thunberg, the School Strike for Climate. The United States Climate Strike has chapters in nearly every state and is completely organized by youth.

Photographs from the September 20 event in Des Moines are by Samm Yu and published with permission. You can find more images here. 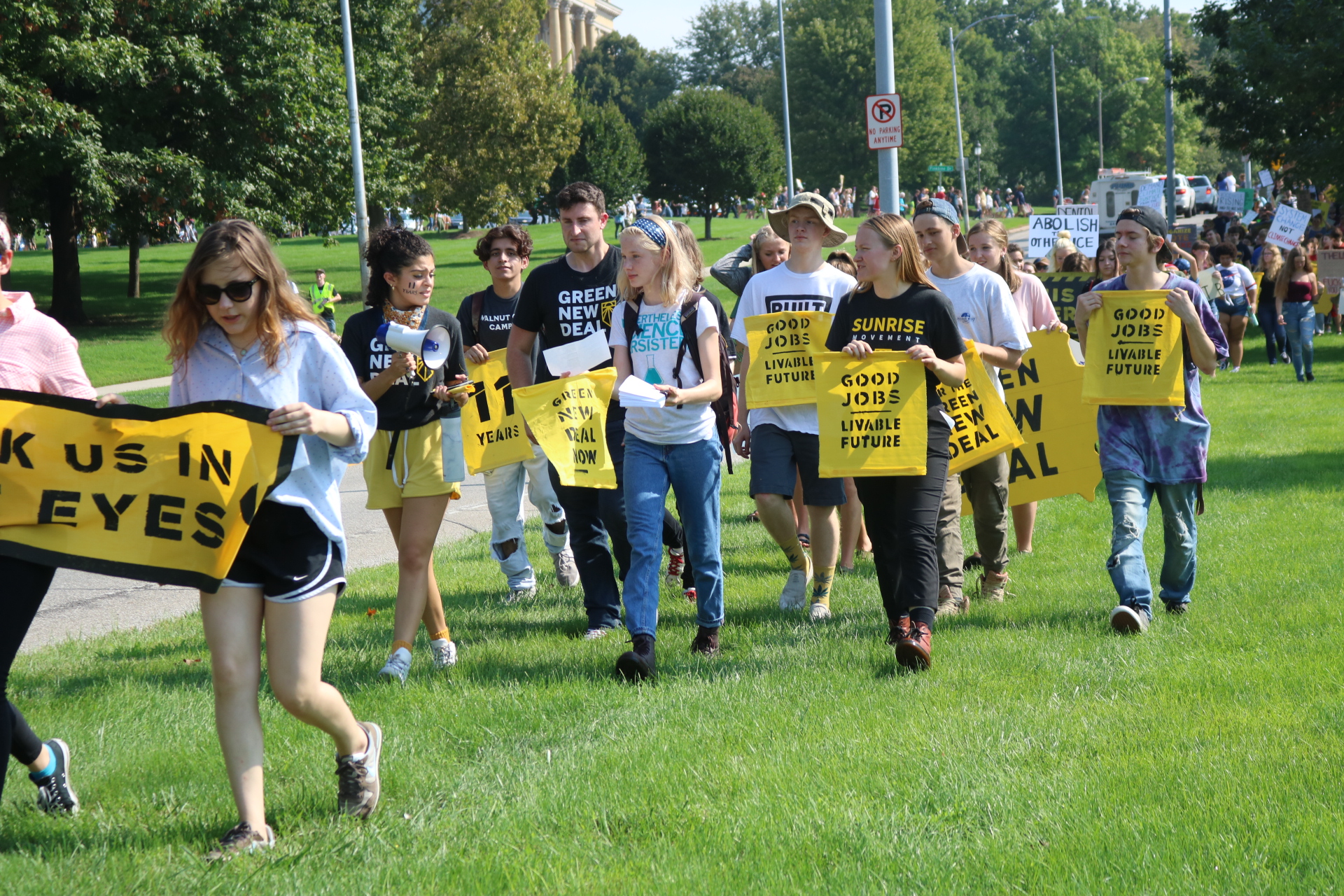 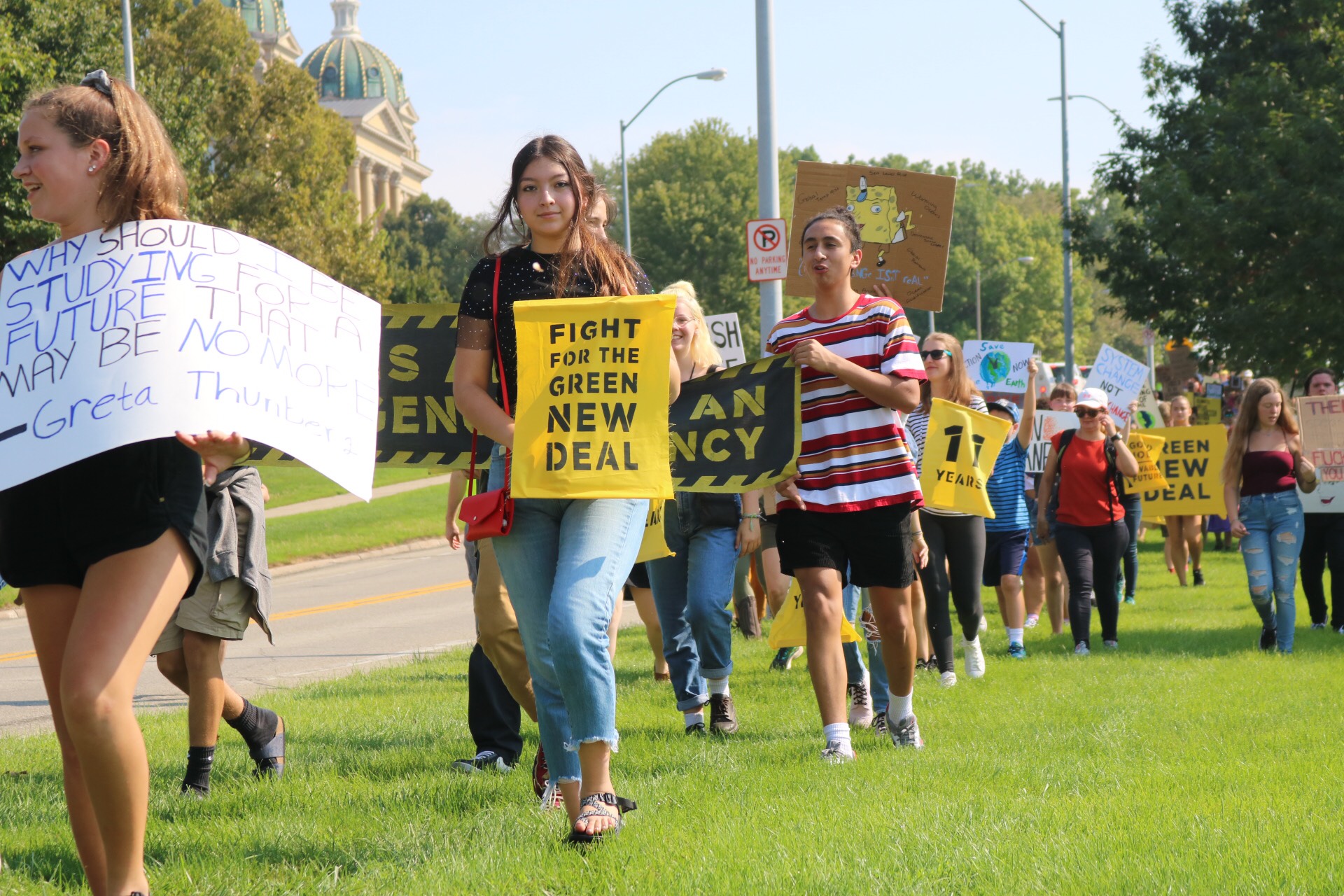 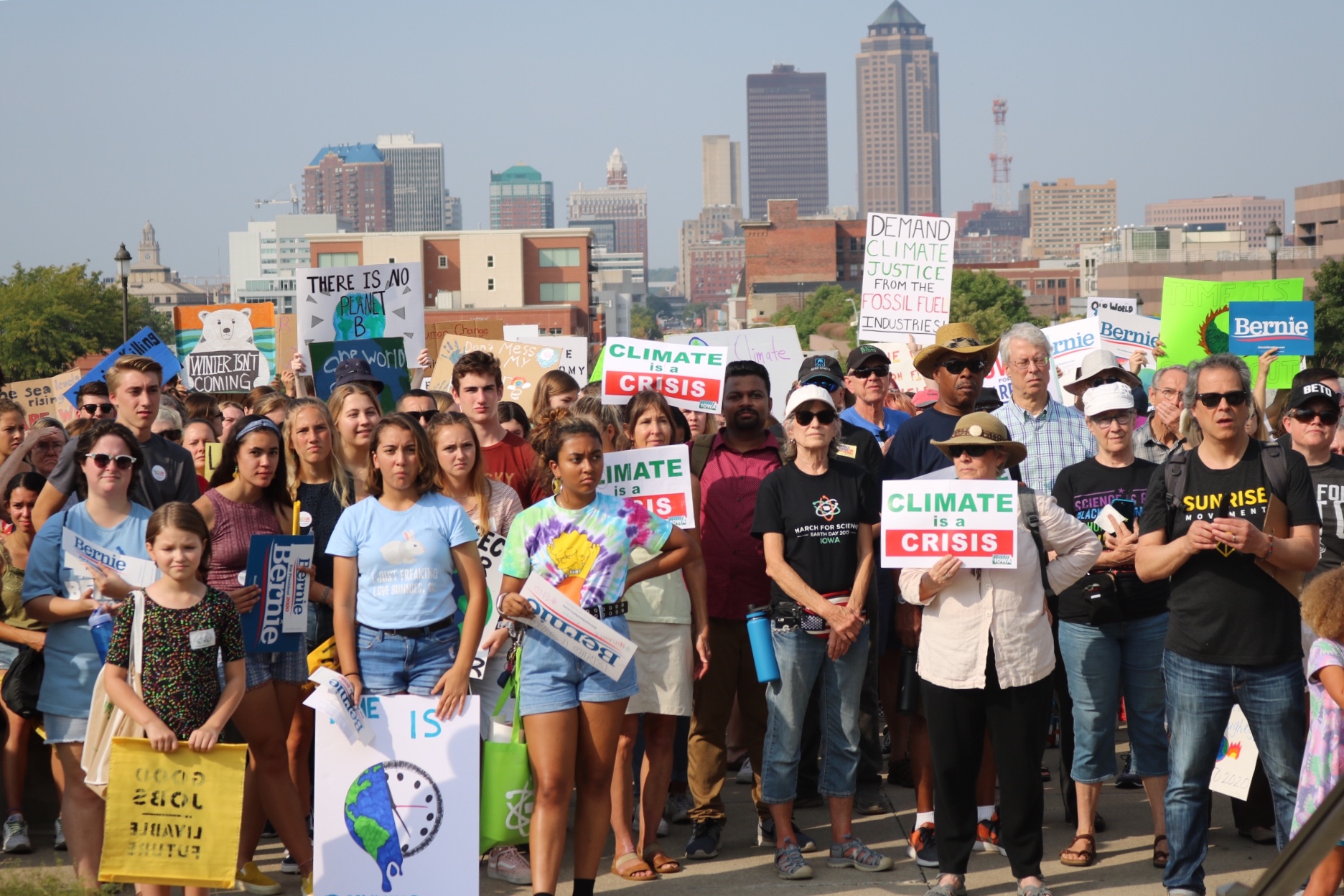 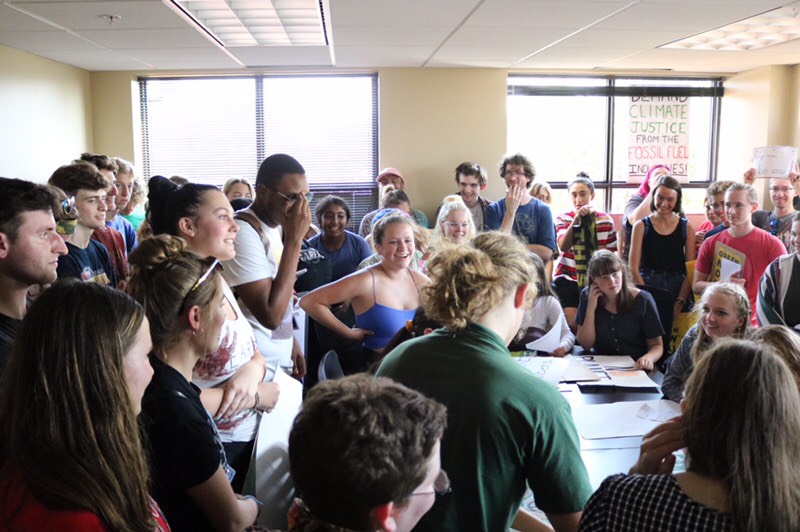