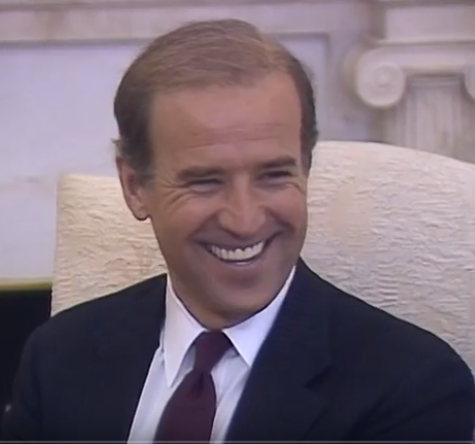 My encounter with Joe Biden

John Kirsch was born in Fort Dodge and grew up in Des Moines, where he graduated from Drake University. He worked for newspapers in Iowa and Texas. He lives in Mexico City. -promoted by Laura Belin

In 1987, I was a reporter for the Fort Dodge Messenger.

One day, then-Senator Joe Biden came to town to build support for his presidential campaign.

After fielding questions about Social Security and farm programs, he turned to me — I was on the other side of the restaurant from him — and said something like, “You’re not going to report on this, are you?”

If Biden’s goal was to put me on the spot, he’d done a good job. Everyone in the room was looking at me, an uncomfortable position for a reporter content to observe, not be observed.

Once I got over my initial surprise –Why is he doing this, I wondered — I said “Yes!” in the most emphatic near-shout I could summon.

A smirk passed over Biden’s face. I had the distinct impression that he was toying with me. Then he turned back to his audience, and they returned to listening to him.

My uncomfortable moment in the spotlight had passed, but the interruption bothered me.

I wondered again why he’d asked me not to do my job. None of the issues he’d been asked about were particularly controversial and his answers had been routine. If he’d been trying to make a joke of some kind, the humor escaped me.

Perhaps he was in a bad mood, I thought. I could understand that given the grueling schedules candidates had to maintain. A few weeks earlier, I’d heard another caucus contender  say he was happy to be in Dubuque. He said this while standing in a high school gym in Webster City.

I’d mostly forgotten about Biden’s off-putting request until early this month, when I saw how he interacted with the New Hampton man who asked about Hunter Biden’s activities in Ukraine. That scene evoked a wave of sympathy in me, because I know how uncomfortable it is to be pressured by a powerful politician.

Top photo of Senator Joe Biden at the White House in 1987 retrieved through Wikimedia Commons.