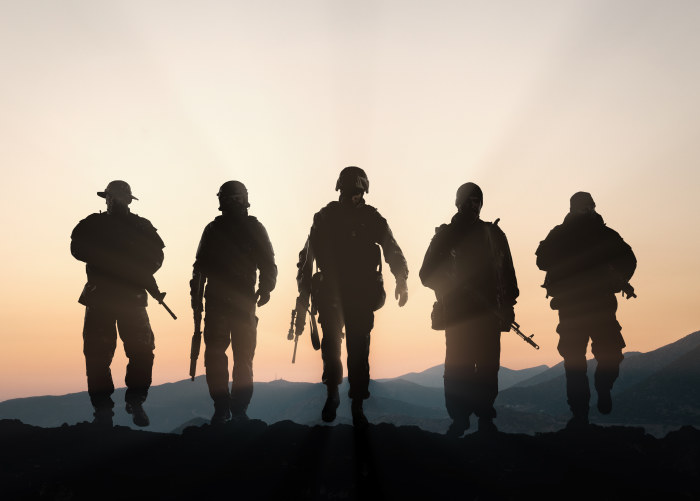 Lessons from a fight

Bruce Lear questions whether President Donald Trump has thought through his approach to Iran. -promoted by Laura Belin

It was an Iowa night thick with humidity and lightning bugs.  We’d gathered in a vacant lot to test our virgin manhood.  I was 13 years old, and I was standing in a circle of friends watching as each skinny armed boy tied on overweight boxing gloves and met his opponent in the center of the circle.

No referee.  No adult.  Just a whole lot of testosterone mingling with nervous adolescent sweat.

I waited.  When I saw one of my friends, smaller than me, putting on the gloves, I decided it was time.  I turned my back, to put on my gloves.  Seconds later when I turned around, my opponent had morphed from a gangly 13-year-old friend into a heavily muscled, menacing junior in high school.  My friend stood wide eyed, hands at his sides watching.

But when you’re 13, and surrounded by your buddies, you’d rather chew your own skinny arm off then back down.  I took one step toward him.

The cartoons I still watched secretly at home often showed characters getting hit and then seeing stars.  It was funny.  In an instant I saw those stars and tasted blood in the corner of my mouth.  It wasn’t funny.  There was no count at all.  After a minute of star gazing, I got up.  I took the gloves off, and without a word, staggered home.

I can still feel that punch, but I learned a couple of lessons about war that night.  First, always know who you are fighting. Second, know your next move.  Perhaps our president should think about those simple lessons before strapping on the gloves.

I understand the news cycle is short and our attention spans are fickle, but just a month ago, the United States bombed Iran in order to kill a prominent leader of that country.  In January, the world began to hold its collective breath and questioned what would happen next.

Iran then responded by bombing U.S. bases in Iraq.  The Trump administration gleefully announced no casualties except a few headaches--a lie.  In reality, at least 50 of our soldiers sustained traumatic brain damage.  Now, we wait for the next move.

Unlike me at age 13, I know the American military is bigger and stronger than Iran in any conventional war.  I also know that instead of a high school junior, America is squaring off with a terrorist nation, and the stakes are far higher than a bloody lip.

That’s why the lessons I learned that night long ago might be something for the Trump administration to consider.  Does the president really understand who he is fighting?

Most experts tell us a war with Iran will not be like a war with Iraq.  Iran has more sophisticated weapons, advanced cyber capabilities, and many proxy militias who will do their attacking.

Few believe the Iranian leaders will mount a conventional war against the last super power in the world.  So, unlike my fight that lasted seconds, this conflict could last a lifetime, impacting generations.  This war might be less about tanks rolling, and more about random terrorism attacks against us and our allies from proxies we haven’t identified.

Which leads to the second lesson.  What’s the end game for this?  Does America allow the Iranians to save face with their counter punch or does our Commander in Tweet taunt them further?

Had I decided to stand up and insult my high school nemesis, my fight would have been much longer, more brutal, and the result for me would have been long-term pain with little gain.

Let’s learn from past wars, stand up, dust ourselves off, and try talking to coexist instead of throwing more punches.  It’s less macho but a lot more mature.

Bruce Lear lives in Sioux City and recently retired after 38 years of being connected to public schools.  He was a teacher for eleven years and a regional director for Iowa State Education Association the last 27 years until retiring.  He grew up in Shellsburg, Iowa.  BruceLear2419@gmail.com