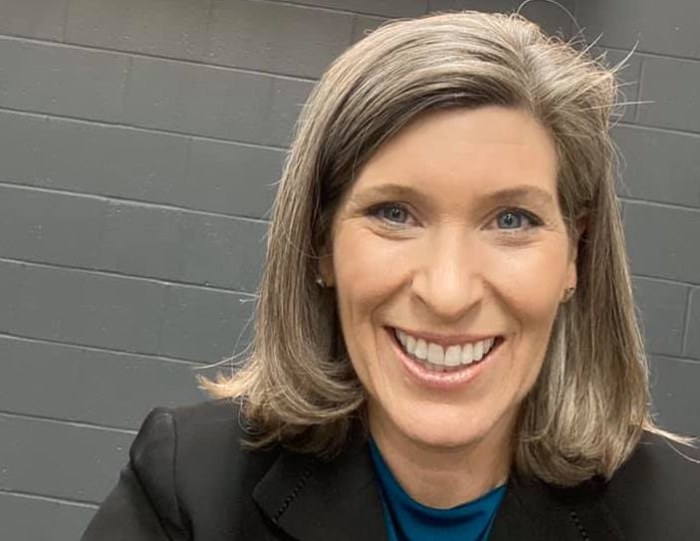 A great scoop by Lachlan Markay prompted U.S. Senator Joni Ernst’s campaign to back down on a “subtle accounting maneuver” used to avoid “reporting the names of the campaign staffers on her payroll, how many of those staffers there are, and the extent of payments they’ve received.”

However, Markay reported for The Daily Beast on April 30,

In the third quarter, and in every periodic FEC report since then, “payroll” expenditures disappeared completely. At the same time, payments to Insperity, a payroll and benefits management service used by a handful of federal political campaigns, shot up. In the first half of 2019, the Ernst campaign paid Insperity a quarterly average of just over $8,000. In the subsequent three quarters, as its payroll expenditures disappeared, that average was more than $131,000.

Brendan Fischer, the director of Federal and FEC reforms at the Campaign Legal Center, told Markay, “They can’t do that,” adding, “I don’t think I’ve ever seen a campaign stop reporting any payments to individual staffers, and instead just report lump-sum payments to a payroll company.”

Following publication of Markay’s article, attorney Ron Jacobs emailed the Daily Beast reporter to say he had advised the Ernst campaign that their reporting was “in accordance with FEC requirements,” but that “The campaign has decided, out of an abundance of transparency, to amend the reports.”

You have to laugh when reporting staff salary payments is spun as “an abundance of transparency.” I’ve read a lot of campaign finance reports and can’t recall any that sought to conceal the names of employees on the payroll.

The FEC has a page on its website dedicated to reporting requirements for campaigns that use payroll companies like Insperity. According to that page, campaigns must both disclose the lump-sum payments to those companies and “itemize the ultimate recipients of the salary payments.” […]

To underscore the importance of that more detailed reporting structure, Fischer pointed to recent controversy over a dark money group called Iowa Values that is supporting Ernst’s reelection bid.

Brian Slodysko of the Associated Press was first to report last December,

Iowa Values, a political nonprofit that is supposed to be run independently, was co-founded in 2017 by Ernst’s longtime consultant, Jon Kohan. It shares a fundraiser, Claire Holloway Avella, with the Ernst campaign. And a condo owned by a former aide — who was recently hired to lead the group — was used as Iowa Values’ address at a time when he worked for her. […]

The documents reviewed by the AP, including emails and a strategy memo, not only make clear that the group’s aim is securing an Ernst win in 2020, but they also show Ernst and her campaign worked in close concert with Iowa Values.

Keeping the names of paid campaign staffers a secret would hinder reporters from uncovering conflicts of interest or illegal coordination between federal campaigns and outside groups that may spend heavily to promote candidates or attack their opponents.