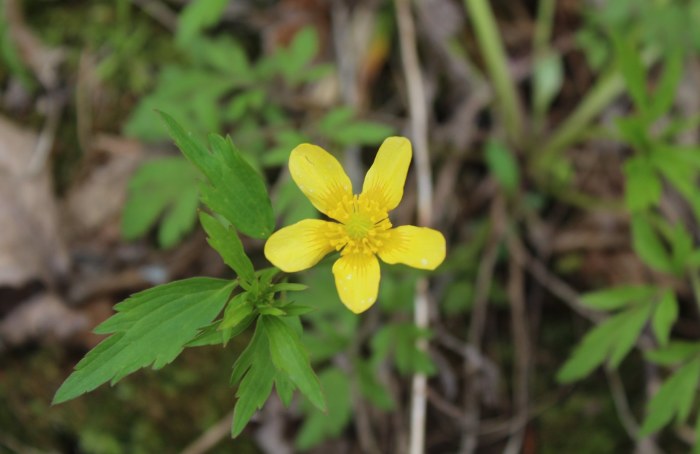 If you venture into wet wooded areas in the springtime, there’s a good chance you’ll find some bright yellow flowers. Buttercups can be difficult to distinguish from one another, and multiple sub-species are commonly known as swamp buttercup. I believe the pictures enclosed below are Ranunculus hispidus (hispid buttercup or bristly buttercup).

This species often grows in soggy areas of woodlands that are too wet for some invasive species, such as Alliaria petiolata (Garlic Mustard). Therefore, populations of Swamp Buttercup remain reasonably secure. This plant is also able to tolerate some degradation of its habitat from other causes.

Incidentally, now would be a good time to pull up garlic mustard if you come across any in nature.

Follow me after the jump for images of swamp buttercup.

The Illinois Wildflowers and Minnesota Wildflowers websites are good resources for botanically accurate descriptions of swamp buttercup foliage and flowers. 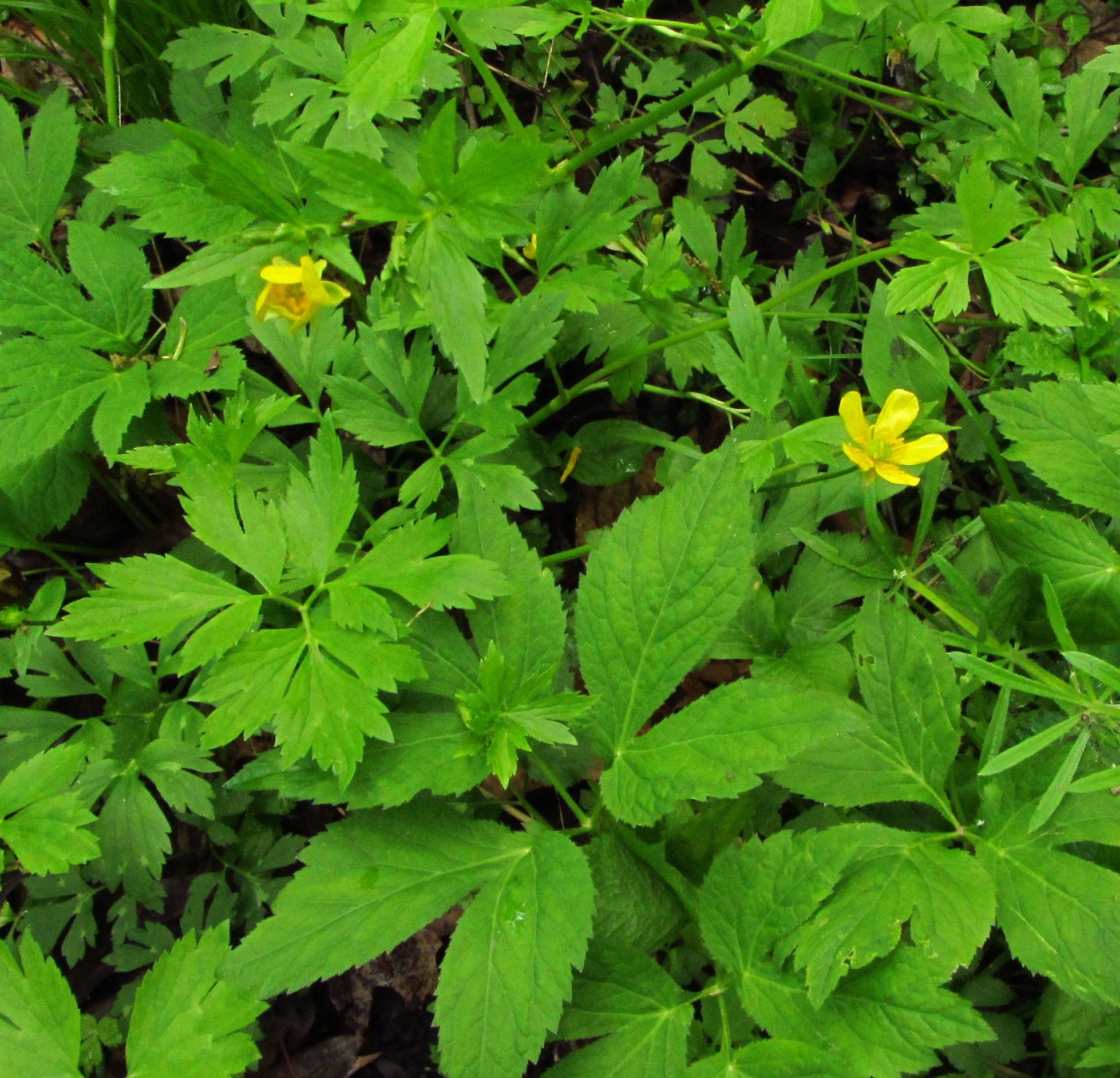 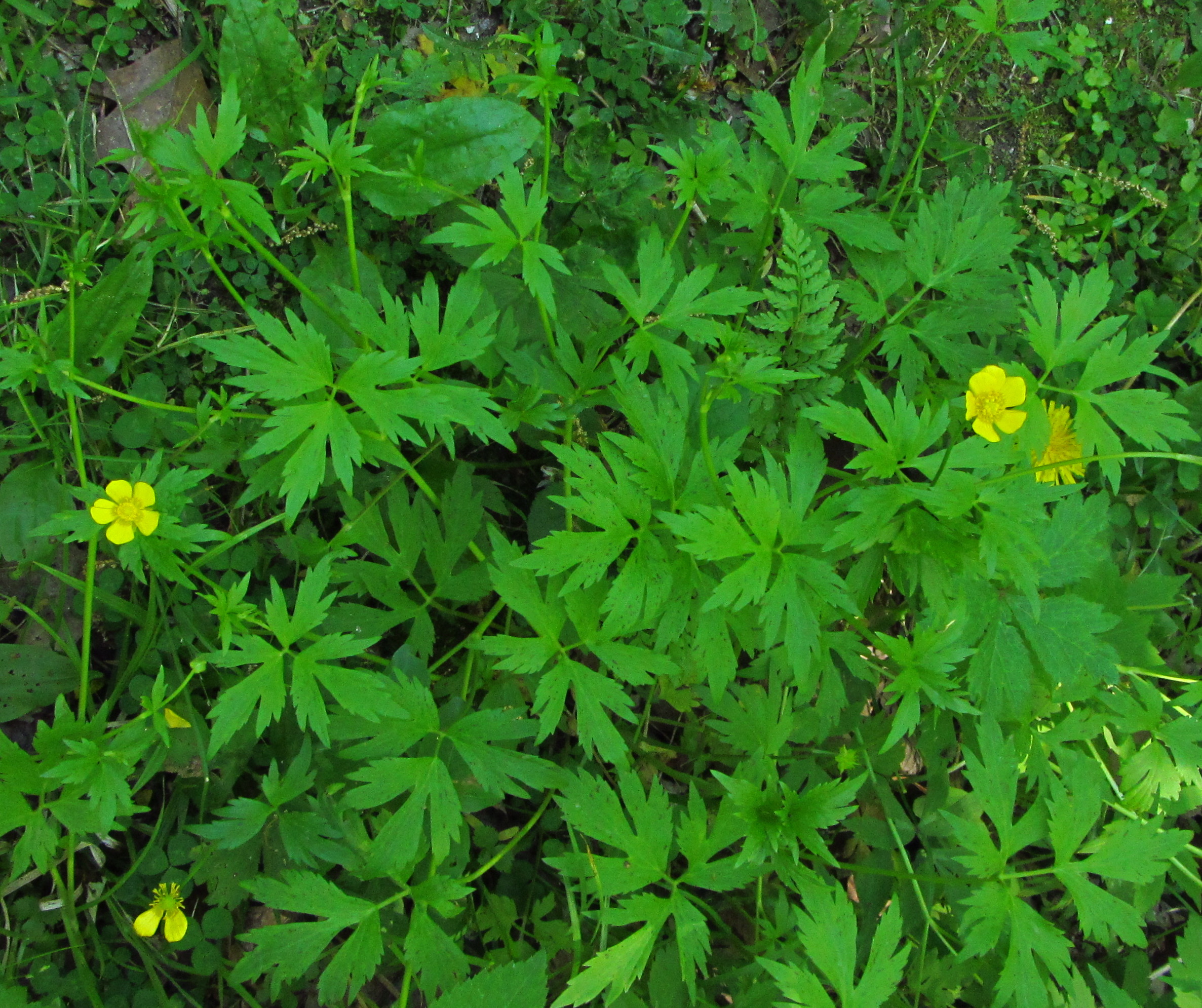 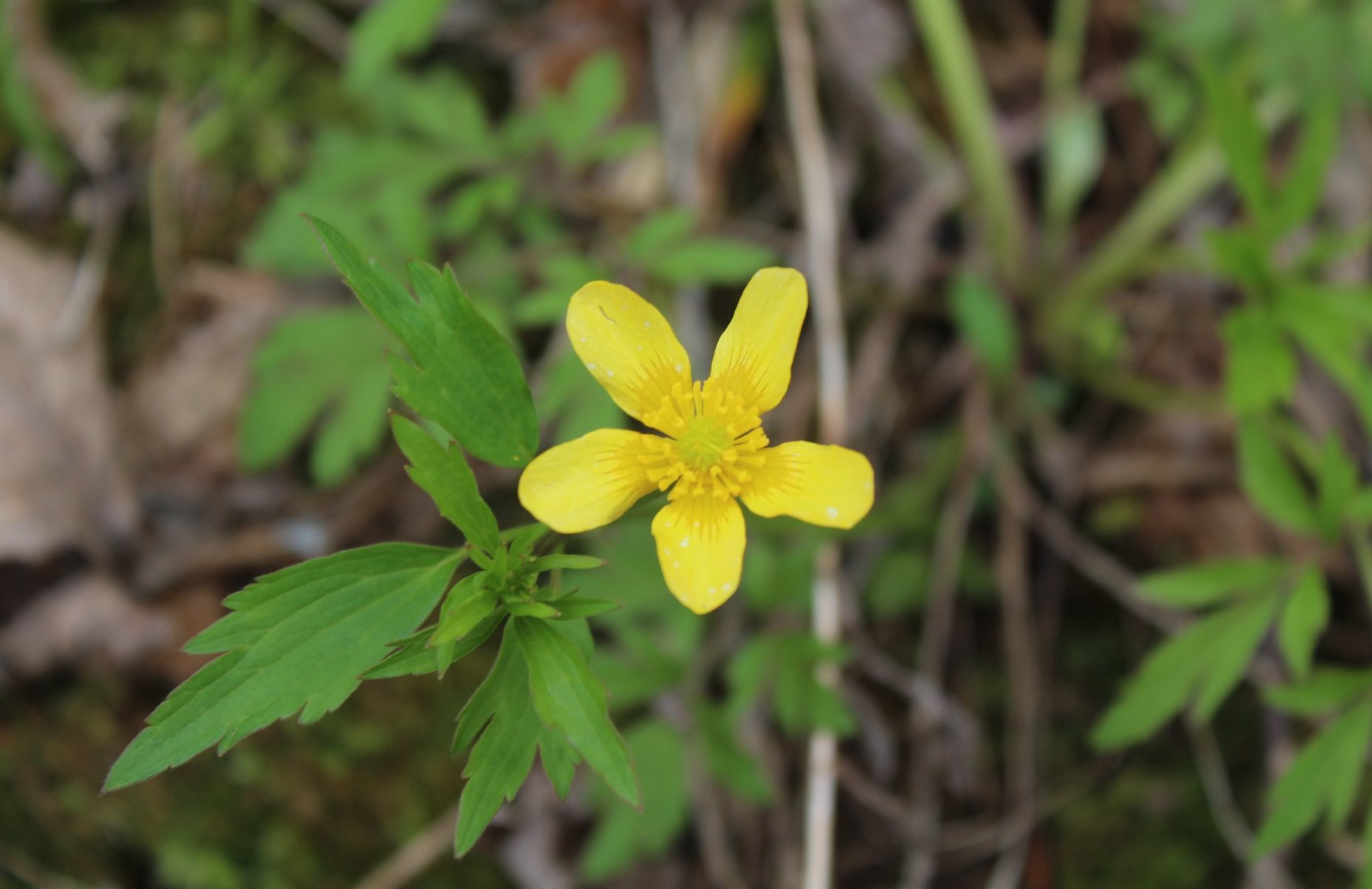 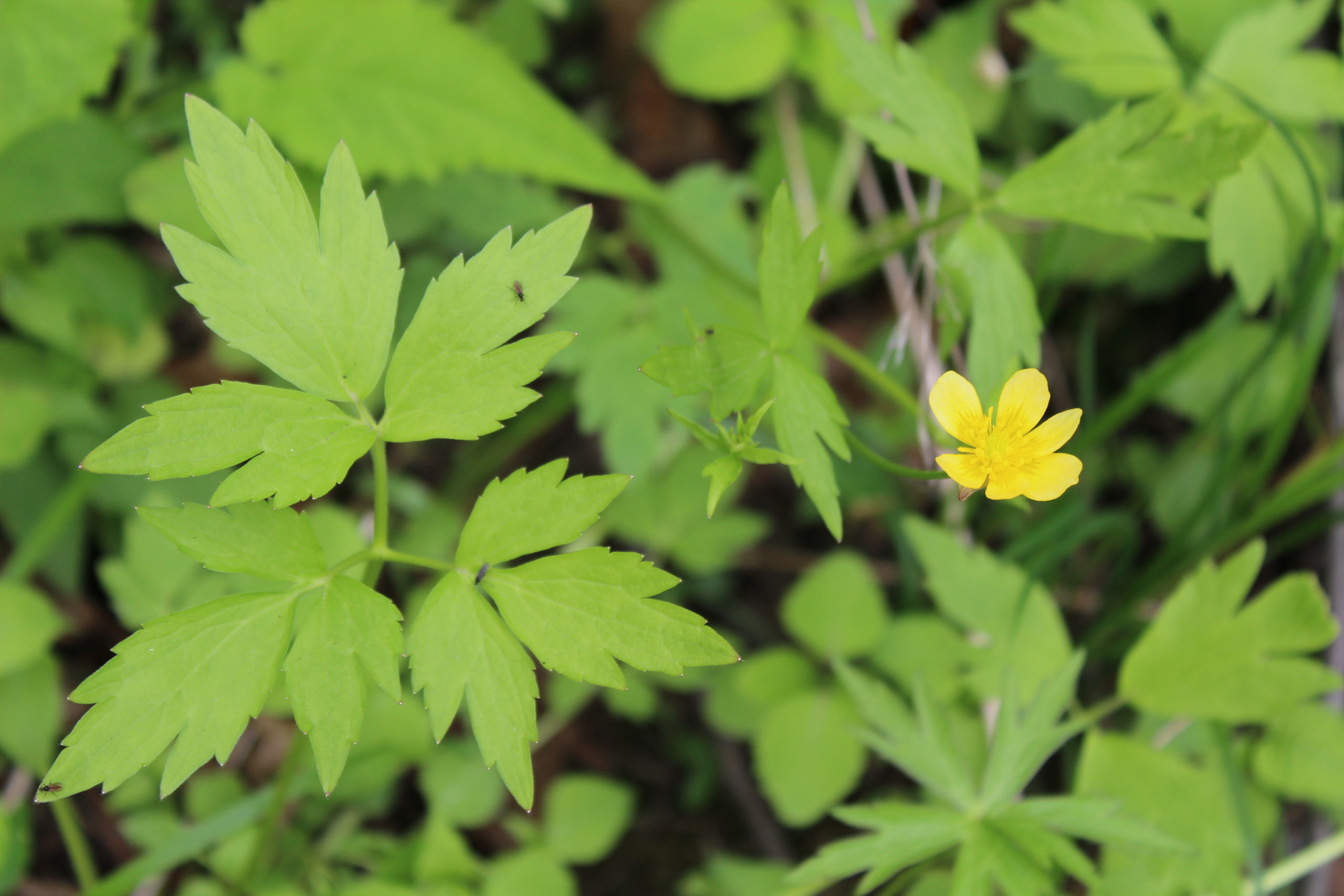 Sheryl Rutledge gave me permission to publish her pictures, taken in Tama County. 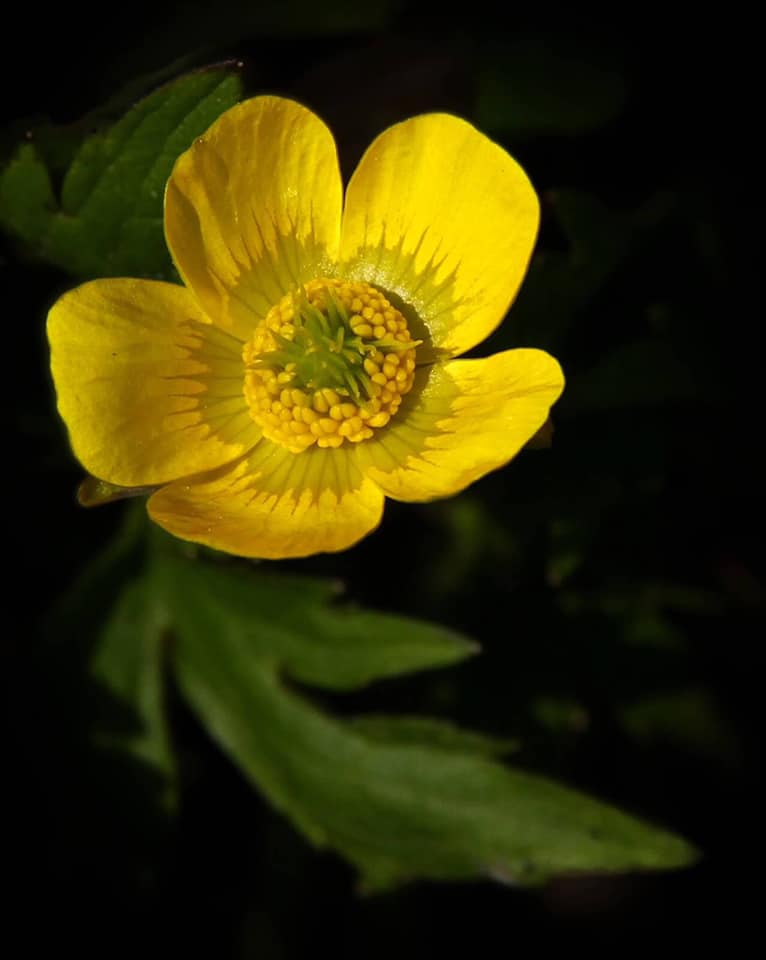 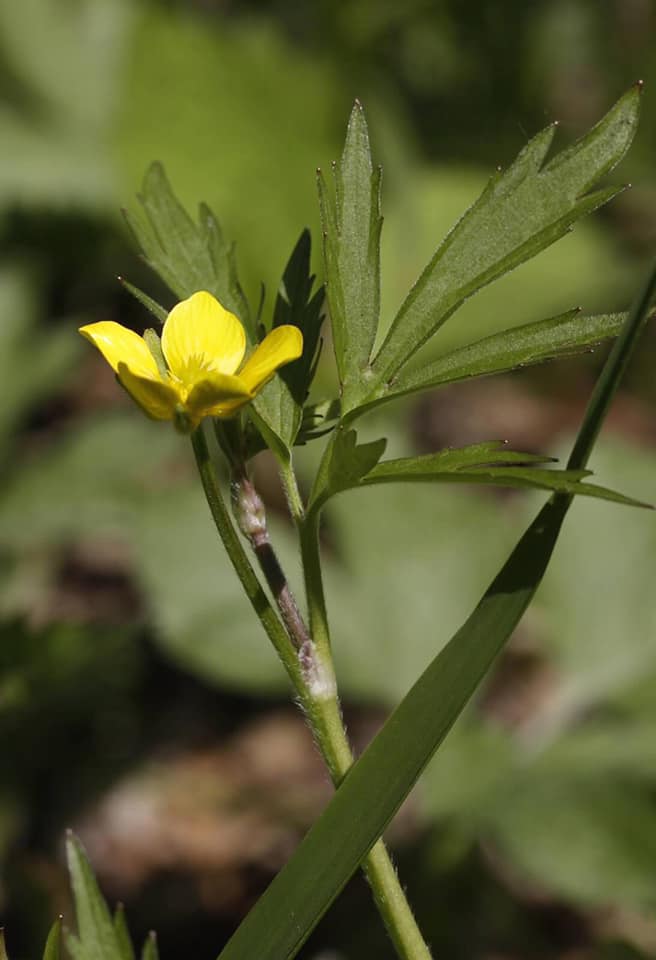 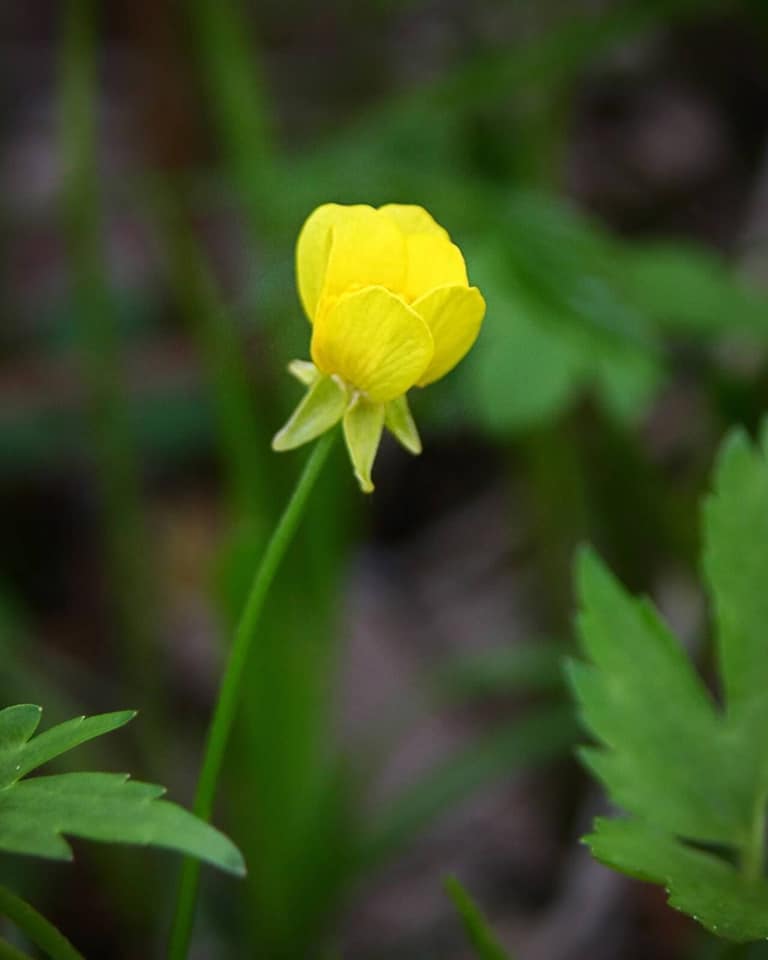 Leland Searles, a specialist on Midwestern botany, provided the next two pictures of Ranunculus hispida. He took these photographs at Timmons Grove Park in Marshall County. He explained,

The Park consists of wooded oxbows and former channels of the Iowa River, some abandoned naturally and some when the river was channelized over a hundred years ago. Swamp Buttercup isn’t especially common there, but it does grow in depressions and the banks of oxbows where sunlight can reach it for part of the day and where soil remains moist through spring. 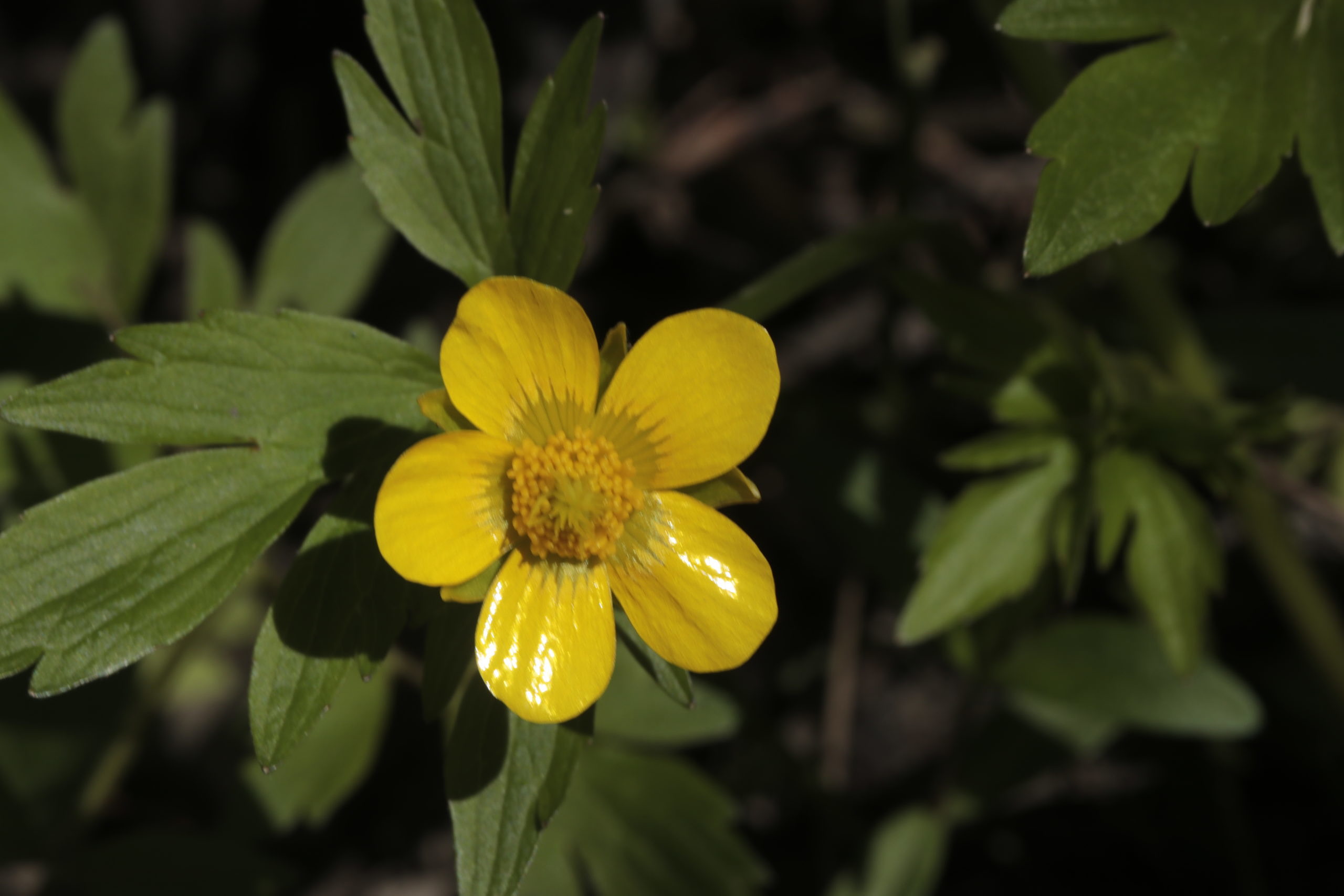 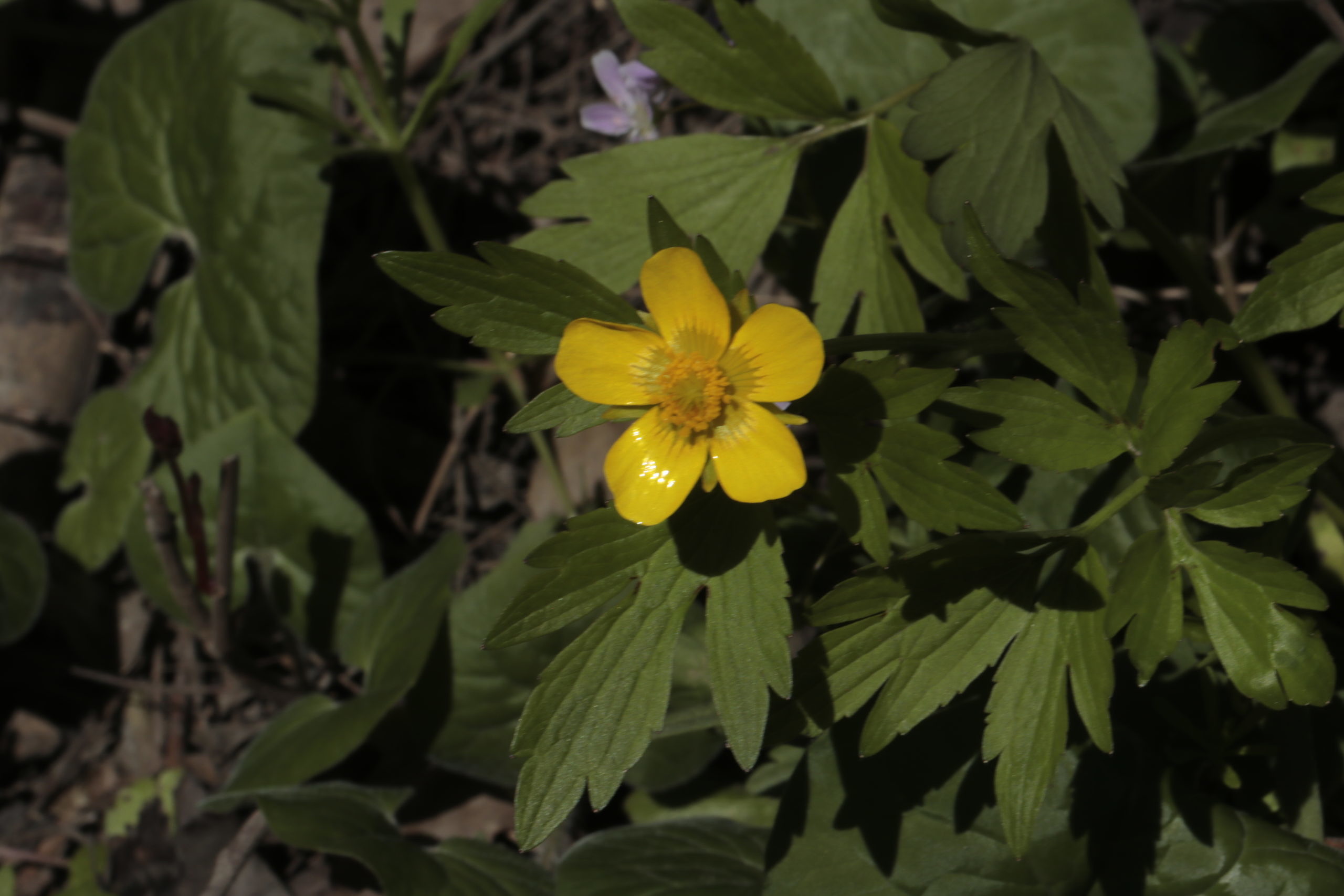 After a while, the petals of swamp buttercup flowers may turn white. Julie Harkey found this example in Scott County. 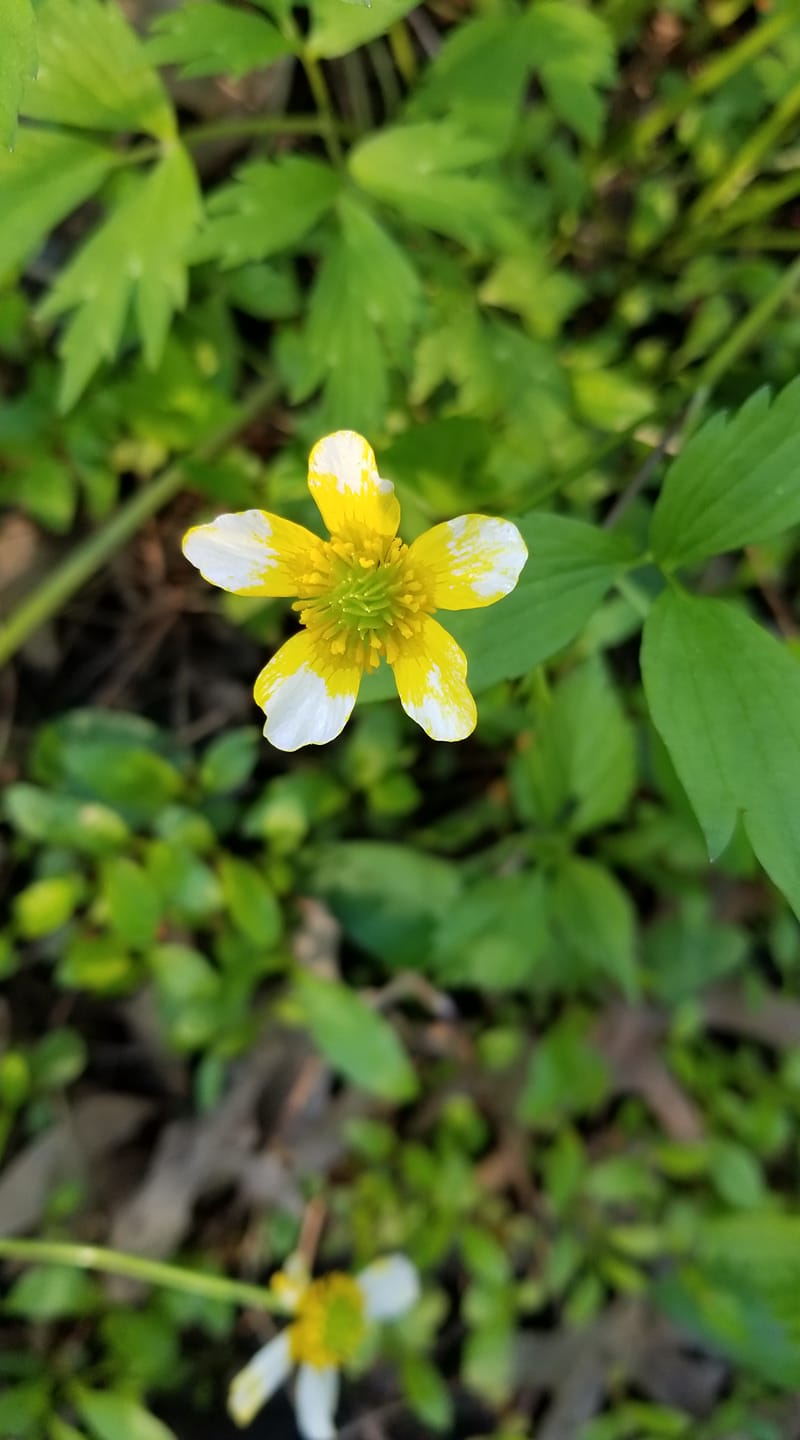