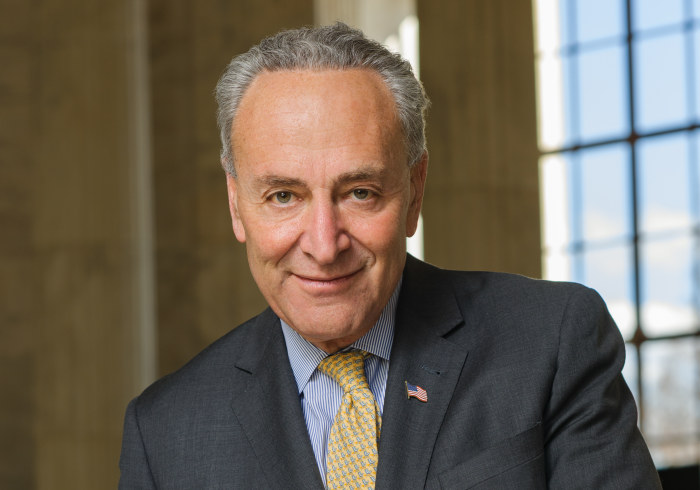 Editor's note from Laura Belin: The Senate Majority PAC, a super-PAC aligned with the Democratic Senatorial Campaign Committee, has already spent nearly $7 million to promote Theresa Greenfield, one of four candidates seeking the Democratic nomination for U.S. Senate. Women Vote!, a super-PAC aligned with EMILY's List, has spent nearly $1 million, mostly on advertising attacking Mike Franken, with a small buy of negative ads against Eddie Mauro. Both EMILY's List and the DSCC endorsed Greenfield days after she launched her campaign in June 2019.

We write to you as long-time Iowa political activists, asking that you, and allied groups and individuals working in concert with you, cease and desist unwelcomed interferences in the Iowa Democratic Party’s primary campaign to nominate our candidate for the United States Senate seat now held by Republican Joni Ernst.

Four progressive Democratic candidates have engaged in a spirited primary race. We believe that Senator Ernst is particularly vulnerable and can be beaten.  No daylight separates her from either Republican Leader Mitch McConnell or President Donald J. Trump, both of whom suffer from diminishing public support in Iowa.

In response to the DSCC’s encouragements, reportedly, more than $10 million of DSCC-related funding, much of it coming from out-of-state, deep-pocket sources—a Who’s Who list of Wall Street lawyers, Washington, D.C., K-Street lobbyists and dark-sourced Political Action Committees—have been poured into Iowa to support the candidacy of one of the primary election candidates, Theresa Greenfield.

As the person firmly in control of the DSCC and most influential with its allies, your efforts have not merely placed your thumb upon, but, rather, have stomped your foot print upon, the scales of fairness that have generally characterized the modern Iowa Democratic Party’s primary election processes.

Most disturbing to us, in the closing days of this U.S. Senate primary campaign, many of the commercials sponsored by the DSCC’s allies have gone starkly negative against Theresa Greenfield’s opponents. Supporting a candidate with heavy-handed tactics is one thing, but razing the field of other Democratic hopefuls goes too far. During this divisive time, no one is benefitted from tearing down fellow Democrats in this race but Joni Ernst.

These actions unfairly undermine the prospects of progressive Democratic candidates, each of whom have been campaigning hard to stop Mitch McConnell and his minions from: gutting access to affordable health care in the midst of a pandemic; removing important environmental protections; confirming partisan judges to lifetime appointments on the federal bench and Supreme Court; and attacking reproductive rights of women.

Quit big-footing Iowa Democratic Party primary election campaigns. Stand up against, and do not facilitate, the use of dark campaign money regrettably allowed by Citizens United.  And, direct those associated with the DSCC immediately to cease and desist the financing of negative attack-ads aimed at any Iowa Democratic candidate for elective office.

Founder and Chair, Women for a Stronger America