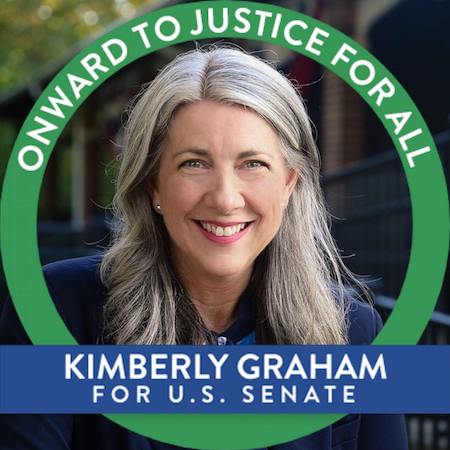 Growing up as a queer youth in America is terrifying.

You constantly face the fear of being ostracized by your family, friends, and community just for being who you are. Worse than that is the constant threat of bigotry, murder, and the stripping away of rights because someone who’s never met you thinks that you are unnatural and wrong.

For queer youth in America, politics aren’t some idle hobby, annoying distraction, or a way to get out of the house: politics are a constant, seething threat to our very personhood. When your very existence is treated as a partisan and political issue, politics is life and death.

It’s become clearer and clearer to me that we need candidates in office who are willing to fight for the rights of the LGBTQ+ community. Candidates who believe in life, liberty, and the pursuit of happiness for all Americans, and don’t just pay lip service to American ideals.

It’s for that reason that for the past few months I’ve been volunteering for Kimberly Graham, a candidate for U.S. Senate in Iowa. Kimberly has spent her whole career fighting for abused children and I trust her to keep fighting for vulnerable people and their rights in the senate.

Compared to other candidates, Kimberly doesn’t step around and dodge the question or give empty platitudes. She speaks frankly and honestly about what needs to be fixed and how it will be done, and for that she has my support in the June 2 primary.