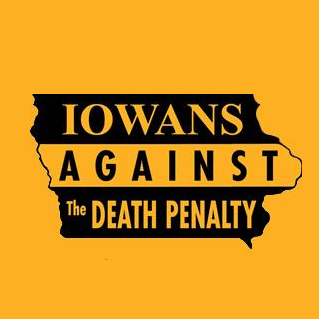 In 2004, a federal jury in Sioux City convicted him on seventeen counts including witness tampering, soliciting the murder of a witness, drug conspiracy murder, and the murders of Iowa drug dealers Greg Nicholson and Terry DeGeus, Nicholson’s girlfriend Lori Duncan, along with her two daughters Kandi (age 10) and Amber (age 6). He was sentenced to death for the children’s murders, life imprisonment for the adults’ murders, and terms of imprisonment for the remaining counts.

There has not been a federal execution since 2003. Between 1963 and 2003 there were only three, all carried out during the George W. Bush administration. Timothy McVey and Juan Raul Garza were executed in 2001, and Louis Jones, Jr. was executed in 2003.

Prior to those, the last federal execution was of Victor Fegure, who was hung at the Iowa State Penitentiary in Fort Madison in 1963 for the kidnapping and murder of Dr. Edward Bartels, a Dubuque physician. Because Fegure kidnapped Bartels and took him across the state line into Illinois, the case fell into federal jurisdiction. Two years later, Iowa rescinded the use of capital punishment.

Last year, at the urging of President Donald Trump, the U.S. Department of Justice announced plans to resume the practice of executing people sentenced to death in federal cases.

Trump has long been a supporter of the death penalty. In 1989 he spent $85,000 to take out full-page ads in four New York newspapers calling for the state to reinstate its death penalty when a group of five teens were charged with beating and raping a woman who was jogging in Central Park. The teens, who came to be known as the Central Park Five, were convicted and sentenced to five to fifteen years. After the individual who committed the crime confessed years later, which was corroborated by DNA evidence, the New York Supreme Court vacated the five defendants' sentences.

Additionally, Trump called for the death penalty to be used against Sayfullo Saipov, who killed eight people with a truck in a 2017 attack on a New York bike path. In 2018 the president advocated executing drug dealers as a way to fight the war on drugs.

Last fall dates were set for four federal executions, including Honken’s, which was originally calendared for January 15. A U.S. District Court judge issued a stay to provide time for a long-running legal challenge to the DOJ’s lethal injection
protocol to be resolved.

The Federal Death Penalty Act of 1994 requires that federal executions be carried out “in the manner prescribed by the state” in which the prisoner was convicted. But Iowa doesn’t have the death penalty. In an act of federal overreach, the DOJ decided that since more than 20 U.S. and European pharmaceutical companies have limited the availability of the chemicals for executions, the DOJ would use pentobarbital, a chemical used to euthanize pets.

A three-judge panel in a federal appellate court reversed the stay in April clearing the way for the executions to go forward. On June 29, the U.S. Supreme Court declined to hear an appeal by Honken and three other federal prisoners who are set be executed in the next few weeks.

There are currently 62 federal prisoners sentenced to death, including Dylann Roof, who killed nine parishioners at a Charleston, S.C., church in 2015, and Dzhokhar Tsarnaev, who participated in the 2013 Boston Marathon bombing. Of those prisoners, 41 percent are black, 43 percent are white, and 14 percent are Latino, Asian, or other.

Iowans rejected the death penalty in 1965 for many reasons. Sentencing has proved to be arbitrary, racially biased, and motivated by vengeance. The death penalty has not been found to be a deterrent, and there have been too many cases of wrongful convictions. In Iowa, a conviction of first-degree murder results in a sentence of life in prison without parole.

Iowans Against the Death Penalty opposes the July 17 execution of Honken and the other three men who set to be executed this summer.

Make no mistake, Honken is a dangerous criminal who has admitted his guilt for his heinous crimes. In addition to the crimes for which he was convicted, Honken expressed intent to escape from incarceration and kill additional people including accomplices in methamphetamine manufacturing and distribution, law enforcement investigators, and a federal prosecutor. Honken should be incarcerated for the rest of his natural life. But no one should be put to death by the government. No one.

Iowans have rejected vengeance. The federal death penalty should be abolished as well.