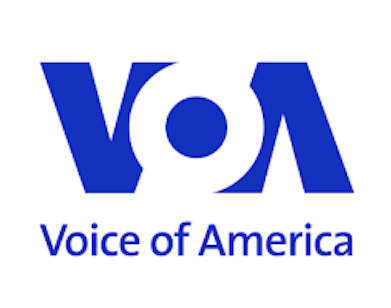 Trump’s takeover of Voice of America

“We are living in an age when communication has achieved fabulous importance. There is a new decisive force in the human race, more powerful than all the tyrants. It is the force of massed thought–thought which has been provoked by words, strongly spoken.”

–Robert Sherwood, originator of the Voice of America 1939

Lost in the ever-evolving news cycle was President Donald Trump’s recent appointment of Michael Pack as the new administrator of the United States Agency for Global Media. This appointment was quickly followed with the dissolution of the advisory boards of Middle East Broadcasting, Radio Free Asia, Radio Free Europe/Radio Liberty, and the Open Technology Fund.

The agency’s annual budget was $753 million in fiscal year 2016, including the International Broadcasting Bureau and the Broadcasting Board of Governors. It currently provides information in 58 languages to 100 countries.

For those not familiar with Voice of America (VOA), the U.S. government created the broadcast service in 1942 to combat Nazi propaganda with accurate and unbiased news and information. Voice of America’s central newsroom has hundreds of journalists and dozens of full-time domestic and overseas correspondents, who are employees of the U.S. government or paid contractors. They are augmented by hundreds of contract correspondents and stringers throughout the world, who file in English or in one of VOA’s other radio and television broadcast languages.

On June 17, the heads of VOA’s Middle East Broadcasting, Radio Free Asia, Radio Free Europe/Radio Liberty and the Open Technology Fund were all fired, the advisory boards were dissolved, and external communications from VOA employees made to require approval from senior agency personnel in what one source described as an “unprecedented” move. Four former members of the advisory boards subsequently filed suit challenging Pack’s standing to fire them.

NPR reported on July 9 that VOA would not renew the work visas of dozens of non-resident reporters, many of whom could face repercussions in their home countries. The new administrator replaced the advisory boards with only six persons (including himself), who have no background in international broadcasting or are knowledgeable about anti-censorship technology, in Russia, China, North Korea, Cuba, Venezuela, or the Middle East.

Iowa’s U.S. Senators Chuck Grassley and Joni Ernst both voted to confirm Pack weeks before he carried out the purge.

Backing up a bit: after the 2016 election, President-elect Trump sent two of his political aides, Matthew Ciepielowski and Matthew Schuck, to the Broadcasting Board of Governors. The move drew criticism because Schuck was a staff writer for the right-wing website, The Daily Surge until April 2015, while Ciepielowski was a field director at the conservative advocacy group Americans for Prosperity.

At that time, VOA officials responded with assurances that they would not become “Trump TV.” The board’s CEO John F. Lansing told NPR that it would be “illegal” for the administration to tell VOA what to broadcast. VOA director Amanda Bennett stressed that while “government-funded,” the agency is not “government-run.”

Earlier this month, VOA News reported, U.S. District Court Judge Beryl Howell denied the Open Technology Fund’s “request to reverse Pack’s decision to replace the agency heads, saying the decision belongs ‘at the ballot box’ rather than in court.” His ruling stated, “Congress has decided to concentrate unilateral power in the USAGM CEO, and the Court cannot override that determination.”

This move is potentially one of the Trump administration’s most frightening and far-reaching personnel changes. Trump has his person controlling the U.S. Agency for Global Media, which now includes radio, television, online, and print media. Iowans and all U.S. citizens should be very concerned about this power grab.

Ernst and Grassley need to be questioned about Pack’s confirmation and prodded to assure accountability and oversight for the federal government’s media activities abroad.