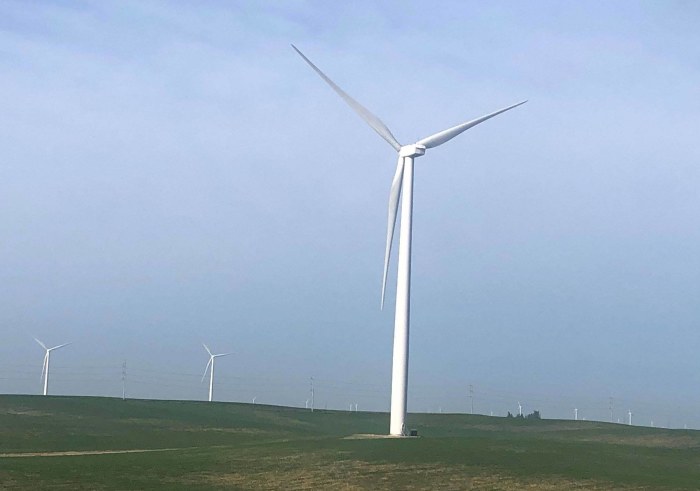 America’s clean energy economy has been hit extremely hard by the COVID-19 pandemic. An estimated 620,000 U.S. clean energy workers lost their jobs from March 2020 to May 2020, and clean energy employment has fallen by 18 percent over that same time period.

Allies of U.S. Senator Chuck Grassley affectionately call him the father of Iowa wind energy. That may have been true a decade ago, but Grassley has been an absentee father in 2020 when it comes to renewable energy.

Scientists have been trying to educate Grassley on climate change and air pollution to no avail. Thankfully, Iowa does have a clean energy champion with U.S. Representative Cindy Axne, who represents the third Congressional district.

Members of the House Select Committee on the Climate Crisis have provided a blueprint for action. Axne has supported the plan, which builds a clean energy economy that values workers, advances climate justice, and creates sustainable economic growth.

The report, entitled “Solving the Climate Crisis: The Congressional Action Plan for a Clean Energy Economy and a Healthy and Just America,” contains numerous recommendations to advance equitable economic policies while reducing the fossil fuel pollution that contributes to climate change. This plan would achieve net zero carbon pollution by 2050, which is necessary to avoid the worst impacts of climate change.

We Iowans need to challenge the belief that Grassley is good for renewable energy. Axne is doing the hard work to grow Iowa’s renewable energy, while the senator is championing a president who has suggested that windmills may cause cancer. Grassley did call President Donald Trump’s comment about wind turbines “idotic,” but it’s somehow not idotic enough for the senator not to vote for Trump. That particular remark was just one of many horrible and disingenuous comments Trump has made about wind power.

Tyler Granger is a field representative with the National Wildlife Federation.

Top photo of wind turbines was taken by the author and is published with permission.