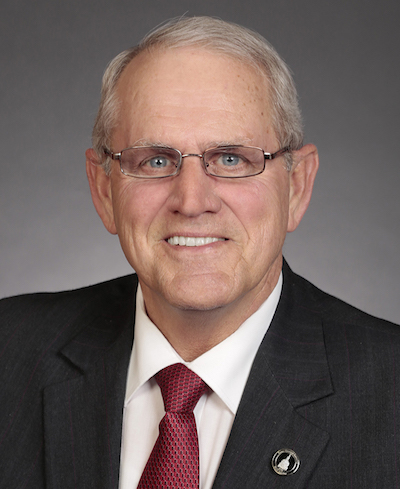 Iowans across party lines value clean water and air, vibrant rural communities, independent family farms and safe, affordable food. That’s why at Iowa CCI Action and Food & Water Action we organize for a better system of agriculture. Iowans also value transparency and accountability from our elected officials -- We are driven by these core values. Our elected officials should be too.

But that’s not always the case. Some of Iowa’s elected officials fail to represent the interests of their constituents.

In particular, this past session State Senator Ken Rozenboom of Oskaloosa put his personal interests and those of the factory farm industry first. Earlier this year, Rozenboom was the subject of an undercover investigation by the organization Direct Action Everywhere (DxE) which produced video footage that gave rise to questions of animal abuse and neglect on Rozenboom’s own factory farm.

Instead of focusing on ensuring his operations are humane, Rozenboom doubled down on protecting his interests and those of the factory farm industry by pushing through Iowa’s third ag-gag law -- designed to shield factory farms from the very sorts of investigations that exposed his own.

Ag-gag laws are industry-backed tactics meant to silence whistleblowers from exposing conditions in factory farms. These laws protect corporate agriculture, give more power to the factory farm industry and prevent people from seeing the conditions in which their food is raised and processed.

This most recent bill was Iowa’s third attempt at enacting ag-gag legislation. The first, passed in 2012, was ruled unconstitutional in federal court. The second, enacted in 2019, is currently barred from being enforced for the same reason. This third law, enacted so soon after the high-profile investigation into Rozenboom’s own factory farms, clearly presented a significant conflict of interest for the Senator. Not only did he vote for it, he advocated for other legislators to do the same.

The Iowa Senate Code of Ethics states, “Members of the senate have a duty […] to inspire the confidence, respect, and trust of the public, and to strive to avoid both unethical and illegal conduct and the appearance of unethical and illegal conduct.” Rozenboom has clearly put corporate profits and personal interests over his Senate duties when he introduced ag-gag 3.0.

This is why Iowa CCI Action and Food & Water Action have filed a formal ethics complaint against Rozenboom. We are calling on the Iowa Senate Ethics Committee to admonish him, require him to apologize to the people of Iowa, and hold a public hearing on his involvement in this issue.

We deserve better than a politician who serves for his own benefit. We need legislators who fight for Iowans, not for themselves.

Our work is centered around lifting up the voices of everyday Iowans and building a better food and farm system --one that works for farmers, workers, consumers and the environment. We need elected officials who work for us. And, when they don’t we must, as constituents, hold them accountable -- for a better Iowa.