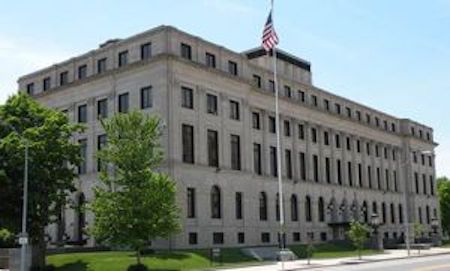 The state of Iowa cannot enforce the latest attempt to discourage and criminalize undercover reporting at livestock facilities. U.S. District Court Senior Judge James Gritzner on December 2 granted a request for a preliminary injunction against a law enacted in March, which prohibits “agricultural production facility trespass.”

In January, Gritzner struck down a previous Iowa law, which had established the crime of “agricultural production facility fraud.” The federal court determined that statute placed unconstitutional restrictions on speech.

State legislators from both parties rushed to pass a new law, modeled on portions of an Idaho statute that had survived a federal lawsuit.

The same plaintiffs that successfully challenged Iowa’s first Ag Gag law filed another suit in April. The American Civil Liberties Union of Iowa and the advocacy organizations Animal Legal Defense Fund, People for the Ethical Treatment of Animals, Bailing Out Benji, Iowa Citizens for Community Improvement, and the Center for Food Safety, made four constitutional claims:

The state sought to dismiss the case, arguing that the law “only prohibits conduct that causes legally cognizable harms or is made for the purpose of material gain,” “does not prohibit a substantial amount of protected speech,” and doesn’t “impose viewpoint-based discrimination.” Plaintiffs sought the preliminary injunction on the grounds that some of the organizations would engage in undercover investigations of animal production facilities, if not for the threat of criminal prosecution.

Gritzner’s December 2 order rejected most of the state’s arguments, as was predictable to anyone who had read his earlier decision.

Note that the ruling refers to the law using the Iowa Code section (§ 717A.3B) rather than the number of the bill Governor Kim Reynolds signed (Senate File 519).

The court dismissed only one of the plaintiff’s claims, regarding vagueness.

For the same reasons that underlay his ruling on the previous Ag Gag law, Judge Gritzner found plaintiffs were likely to succeed on the merits of their free speech claims, regardless of whether the court applied “strict” or “intermediate” scrutiny.

Under the highest level of scrutiny, the state would need to show “the law is narrowly tailored to serve a compelling state interest.” They haven’t so far.

In support of their Motion to Dismiss, Defendants argued that the existing federal theft of trade secret prohibition might not cover entirely intrastate conduct; however, Defendants failed to provide any record that such thefts occur in the industry that § 717A.3B aims to protect.

Similarly, Defendants cite cases to show the importance of § 717A.3B’s biosecurity rationale. Not a single cited case, however, involves individuals who used deception to gain access to or employment at an agricultural production facility while intending to harm the facility.

When the Iowa House and Senate debated this bill in March, some lawmakers asserted their main goal was protecting biosecurity. The state made the same claim in court filings, but Judge Gritzner rejected those arguments, as in the earlier case. He found the state’s citations of some biosecurity violations “misplaced.”

While they demonstrate that biosecurity breaches occur, they do not provide any record that such breaches are the result of outsiders using deception to gain access to or employment at an agricultural production facility with the intention of harming the facility. Defendants have not made any meaningful record that the proffered interest in protecting agricultural facilities from those who would use deception to gain access with the intention of harming the facilities is anything more than speculative.

The judge observed in a footnote that the criminal case arising from the salmonella outbreak at DeCoster egg production facilities undermines the state’s arguments, “as it demonstrates Plaintiffs’ undercover investigations are a matter of public import.”

The owners’ attempt to cut costs by sacrificing biosecurity protocols resulted in 56,000 Americans becoming ill from contaminated eggs. Id. Thus, instead of addressing biosecurity breaches of the kind in DeCoster, § 717A.3B prevents such owner-initiated breaches from being exposed and subject to public scrutiny unless and until the breaches result in disease outbreak.

The scant record supporting Defendants’ proffered interests, the ready availability of alternatives that burden substantially less speech, and the disconnect between § 717A.3B’s means and Defendants’ ends, suggest that the law’s true purpose is to prohibit undercover investigations. Section 717A.3B’s focus on deception is much more tailored to prohibiting undercover investigations, for which deception is vital, than for prohibiting biosecurity violations, for which deception seems peripheral. […]

At the preliminary injunction stage, this Court need not make a final determination regarding whether the law’s true purpose is to deter undercover investigations. It suffices to conclude that Plaintiffs are likely to succeed on the merits because, as explained above, the current record suggests that Defendants are unlikely to show that the proffered interests are compelling, and that the statute is narrowly tailored to advance the proffered interests.

The lower bar of “intermediate scrutiny” requires the government to show the law “advances important governmental interests unrelated to the suppression of free speech and does not burden substantially more speech than necessary to further those interests.” However,

Defendants’ proffered interests cannot be considered “important” in the First Amendment context because they appear entirely speculative. In addition, § 717A.3B burdens substantially more speech than necessary to advance the proffered interests; as explained above, it would potentially criminalize whistleblowing, labor organizing, and undercover investigating activities, even though none of those activities relate to the stated purposes of the statute. Like its predecessor, § 717A.3B “criminalizes speech that inflicts no ‘specific harm’ on property owners, ‘ranges very broadly,’ and risks significantly chilling speech that is not covered under the statute.” Reynolds II, 353 F. Supp. 3d at 827 (quoting Wasden, 878 F.3d at 1198). This Court concluded in the prior litigation that “investigative deceptions” are “protected by our country’s guarantee of free speech and expression.”

Finally, the judge determined that the plaintiffs would suffer irreparable harm if the law were not enjoined, and that the public interest would be served by granting a preliminary injunction pending trial.

Although this Court seriously considers the public’s interest in seeing the enforcement of criminal laws, Defendants have done little to show that § 717A.3B responds to ongoing issues of public concern unrelated to the suppression of free speech. By contrast, the public benefits from people and organizations exercising First Amendment rights and educating the public about important issues relating to animal abuse and safety at agricultural production facilities.

Iowa lawmakers should have taken the earlier federal court ruling seriously, rather than rushing to find another way to protect the livestock industry from undercover investigations.

Top image: Courthouse in Des Moines for the U.S. District Court of the Southern District of Iowa.