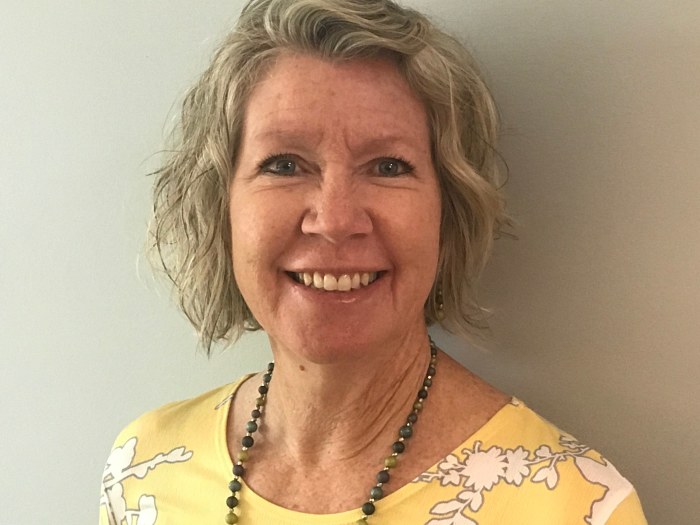 Joni Ernst turned her back on Iowans

Kay Pence is Vice President of the Iowa Alliance for Retired Americans. -promoted by Laura Belin

U.S. Senator Joni Ernst is no longer working for Iowans. She is working at the behest of President Donald Trump, no matter what he says or does. She has become a puppet to Trump no matter how low he sinks, voting with the president more than 91 percent of the time and following his lead to attack our healthcare and defund Social Security.

The Iowa Alliance for Retired Americans recently invited Ernst and her Democratic challenger Theresa Greenfield to virtual forums celebrating the anniversaries of Medicare and Social Security. I was not surprised when Ernst failed to show up for either forum, because she has such a dismal record on both issues.

Ernst has voted to repeal the Affordable Care and Patient Protection Act entirely multiple times, starting in July 2015, when she voted to include repeal in a highway funding bill that was defeated. In December of that year, Ernst supported a similar amendment that passed the House and Senate, but was thankfully vetoed by President Barack Obama. Republicans knew trying to repeal the 2010 health care reform law would be fruitless, but did it anyway to waste time and tax dollars, all to please their donors.

Ernst voted again and again to dismantle and repeal the Affordable Care Act -- with absolutely no plan in place to make up the difference. No plan on how to get more people covered and insured. With the Affordable Care Act being challenged in court yet again, Ernst is keeping a lid on how she feels about that lawsuit, supported by the Trump administration.

In contrast, Greenfield will protect coverage for those with pre-existing health conditions. She wants to improve the Affordable Care Act by creating a public option and bringing down the cost of co-pays and price of prescription drugs and life-saving medicines that seniors depend upon. Greenfield pledged to strengthen Medicare by allowing the program to negotiate drugs prices, saving beneficiaries and taxpayers millions of dollars.

Although Ernst claims to be concerned about the Social Security trust fund, she has backed numerous proposals that would weaken its solvency. In 2014, she considered using payroll taxes to create personal savings accounts for anyone entering the workforce.

The senator sharpened her attack on our earned retirement benefits by introducing the CRADLE Act in 2019. That bill would deceptively allow parents to draw Social Security funds for parental leave. Then in July of this year, she introduced the "FRNT LINE Act," a scheme to reward essential workers by waiving payroll taxes.

Ernst made her position on Social Security clear when she started telling her funders things like, Congress should hold discussions about Social Security, "behind closed doors," and that programs like Social Security and Medicare were, "out of control."

Even more worrisome than Ernst’s own attacks on our Social Security has been her silence regarding President Trump’s harebrained plan to defer payroll taxes until the end of the year and perhaps permanently. Elimination of the payroll tax, Social Security’s dedicated funding stream, would deplete the Social Security trust fund by 2023.

Even Iowa's senior Senator Chuck Grassley quickly rejected the plan as a raid on Social Security and said that this idea would not even make a noticeable difference in workers’ paychecks.

Iowans need a Senator who will not play games with our Social Security. Greenfield has made protecting Social Security a centerpiece on her campaign. At the age of 24, when her first husband, an IBEW electrical worker, tragically died on the job, it was Social Security survivor benefits that helped keep Greenfield and her two young children out of poverty. The Democrat has said flat out that she opposes the privatization of Social Security.

Ernst turns a blind eye not only to Trump's attacks on Social Security, but also to his comments denigrating military service members and veterans. Having served in the National Guard, Ernst should be standing up to Trump’s attacks on military families. But every chance she has had to condemn those comments (which is disgustingly far too many) she has chosen to stand by the president.

When outraged Iowans challenged Ernst about Trump bashing wounded war hero Senator John McCain, Ernst claimed McCain was her friend. She said she was uncomfortable when the president disparaged him, but she did nothing.

When Trump mocked Gold Star parents, Ernst was too scared to criticize him. More recently, when news broke of Trump repeatedly characterizing fallen American soldiers and wounded veterans as “losers” and “suckers,” Ernst again said and did nothing. The senator's praise of military families rings hollow when she stands by a commander in chief who uses the military as props in his reality show.

Greenfield comes from a military family and has a son in the army. As soon as the disparagement story broke, she called on the Senate to work across party lines to get to the bottom of the story. If the allegations are true, Trump is not fit to lead.

Ernst may not have copied Trump's attacks on veterans and service members, but she sure has followed his lead on disrespecting the doctors, nurses, and health care workers putting their lives on the line each day to fight COVID-19. Health care workers across the state and across the country were outraged when Ernst lent support to a conspiracy theory, speculating that medical professionals may be inflating the number of coronavirus cases and deaths. “These health-care providers and others are reimbursed at a higher rate if COVID is tied to it, so what do you think they’re doing?” she told an audience in Waterloo.

While Iowa sees the greatest surge in COVID-19 cases in the country, Senator Ernst is pushing an irresponsible and blatantly false conspiracy theory about our health care workers. Iowa’s doctors, nurses and frontline health care workers have spent the last six months putting themselves in harm’s way to care for us and keep us safe.

Greenfield has repeatedly expressed support for hardworking people in health care and called for Ernst to immediately apologize and explain herself. She has also urged the incumbent to join her in following the advice of scientists and medical experts, who have called for a statewide mask mandate.

Truth, honesty, and respect matter. We need someone who isn’t afraid to stand up to corruption and depravity. We need someone we can be proud of to represent Iowa. Ernst is not that person. She has become a sycophant for Trump at the cost of Iowans.

I can’t wait to cast my vote for a candidate who will stand up for veterans, seniors, healthcare workers, and all Iowans. Theresa Greenfield has my vote.

Kay Pence is a retired Communions Workers of America (CWA) union representative and Vice President of the Iowa Alliance for Retired Americans.  Pence started her career as a technician for Northwestern Bell Telephone company in 1972 and while working full time earned a BA from Marycrest University and a MBA from Saint Ambrose University in Davenport, IA.  Pence is the mother of three sons and grandmother to six and resides in rural Eldridge, IA with her husband of 45 years.