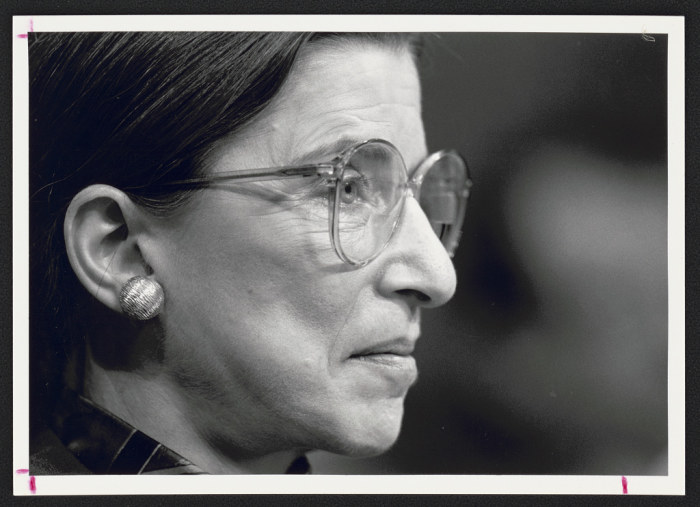 Only one way for Ernst, Grassley to show respect for Ruth Bader Ginsburg

The Jewish new year began in the worst way possible on September 18, with the passing of one of the most influential Jewish Americans. It’s impossible to overstate the importance of Ruth Bader Ginsburg’s work as an attorney and over decades of service as a judge, culminating in 27 years on the U.S. Supreme Court.

U.S. Senators Joni Ernst and Chuck Grassley praised Ginsburg’s legacy in written statements, and Ernst offered prayers and an apology of sorts after her campaign sent out a gross fundraising appeal soon after the justice’s death was announced.

But words in a press release have no lasting value. Iowa’s senators have one chance to honor “the notorious RBG”: by letting the voters decide who should appoint her successor.

Grassley was part of the 96 to 3 majority that confirmed Ginsburg, but any sense of fair play went out the window during Barack Obama’s presidency. As Senate Judiciary Committee chair, he ensured that Obama had fewer judicial nominees confirmed in 2015 and 2016 than any president in more than a half-century. Citing the so-called “Biden rule,” Grassley denied Judge Merrick Garland a vote or even a hearing for ten months. Consequently, President Donald Trump was able to fill a Supreme Court seat that had been empty for a full year.

Grassley gave up the Judiciary Committee chairmanship after the 2018 election, so he won’t control the process when Trump nominates a successor to Ginsburg sometime this week. He has said repeatedly, as recently as July of this year, that if he still ran the committee, he wouldn’t hold hearings to fill a Supreme Court vacancy in a presidential election year.

But Grassley never said he wouldn’t vote to confirm a Trump nominee shortly before a presidential election. His office didn’t clarify his current position on September 19, Manu Raju reported for CNN.

Ernst hasn’t even pretended that she would follow the “Biden rule” if an opportunity arose to fill a Supreme Court vacancy shortly before an election or during the lame-duck session. Appearing on the Iowa PBS program “Iowa Press” in July, she said that since Republicans now hold both the presidency and the Senate, there is no need to let the voters decide.

Shortly before she succumbed to cancer, Ginsburg told her granddaughter, “My most fervent wish is that I will not be replaced until a new president is installed.”

Grassley and Ernst have the power to grant that wish, if they join their Republican colleagues Susan Collins and Lisa Murkowski in opposing a quick confirmation vote on a new justice.

“For more than a quarter century on the highest court in the land, Justice Ginsburg fought tirelessly for greater justice, equality and opportunity for all people. She was a trailblazer in so many ways and for so many people. Her sharp legal mind, tenacity and resilience leave a remarkable imprint on our nation and her legacy will live on for generations to come. Barbara and I join our nation in mourning her passing,” Grassley said.

“Ruth Bader Ginsburg was a force to be reckoned with. She was an iconic figure who blazed a trail for working moms, graciously balancing her professional life and family. Justice Ginsburg held deep, philosophical views of the world while maintaining genuine friendships that were blind to politics. My heart is with Justice Ginsburg’s children – Jane and James — their entire family, and the loved ones she leaves behind. May she rest in peace.”

Top image: Ruth Bader Ginsburg during her Senate confirmation hearing in 1993. Photo by R. Michael Jenkins in public domain, part of the Library of Congress collection.