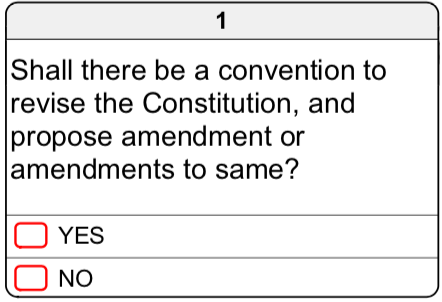 Why a constitutional convention question is on Iowa ballots

Beginning on October 5, Iowa's 99 county auditors will mail hundreds of thousands of absentee ballots and open their election offices (or drive-through areas) to Iowans wanting to vote early in person.

Some voters may be surprised or confused to find the following question on their ballot, probably near the bottom of the back side: "Shall there be a convention to revise the Constitution, and propose amendment or amendments to same?"

Rather, it stems from a section in Iowa's state constitution, which has required wording along these lines to be placed before Iowa voters every ten years, starting in 1870. The provision was somewhat altered during the 1960s, but its purpose remains the same. Once a decade, Iowans have the opportunity to call a convention to revise the state constitution.

No political parties or well-known advocacy groups have lobbied for this option in recent memory, because there are too many unknowns. How convention delegates would be selected is unclear; the state legislature would have to pass a law outlining that process if a majority of voters selected "yes" on this question.

It's easy to think of protections worth adding to the state constitution, but without knowing who will be at the table, how can we be confident convention delegates won't try to remove safeguards we value? A convention might tinker with our state's founding document or attempt a major overhaul.

Any constitutional amendments passed by convention delegates would go on another statewide ballot for final approval, but lots of potentially popular ideas wouldn't be welcomed by most Republicans, or by most Democrats. Some ideas, like term limits, would threaten the interests of both major party establishments.

Voters in all 99 counties rejected the constitutional convention the last two times it appeared on the ballot in 2000 and in 2010. In both elections, the statewide margin was about 67 percent "no" and 33 percent "yes."

I recommend voting against opening this can of worms.

You should find the question somewhere near the bottom of your ballot. Depending on your county of residence, your ballot may look different from this image of the sample ballot for my Windsor Heights precinct. 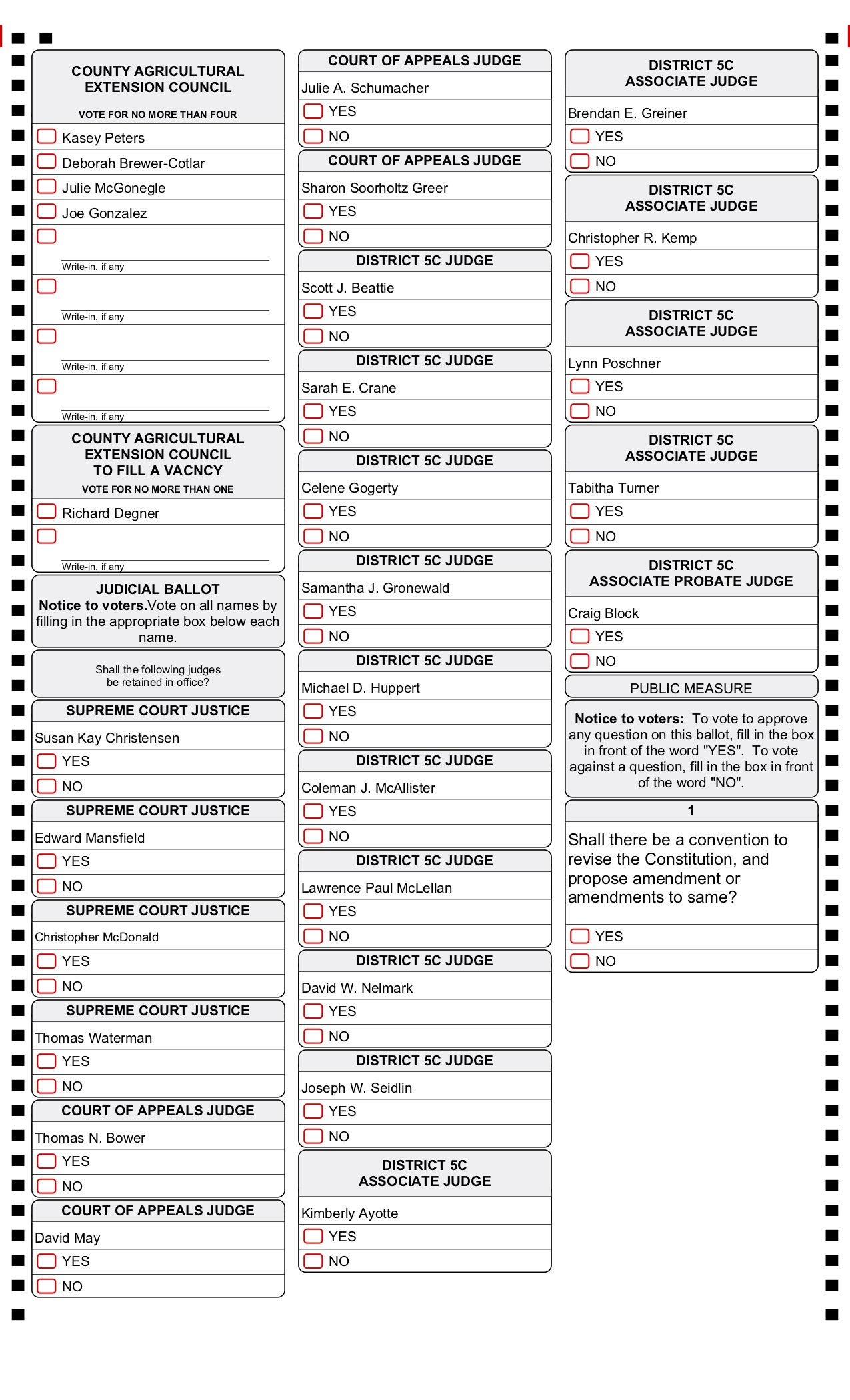