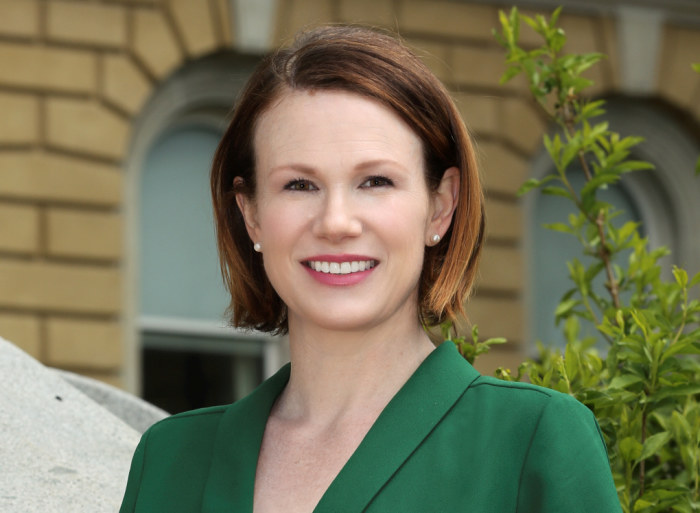 The state of Iowa is looking for a private company to help integrate programs of the Iowa Department of Human Services (DHS) and Department of Public Health (IDPH).

Governor Kim Reynolds indicated this summer that she planned to merge many operations of the departments, which serve a combined total of more than 1 million Iowans. After Gerd Clabaugh announced plans to retire as IDPH director, Reynolds appointed DHS Director Kelly Garcia to serve simultaneously as interim director of public health, saying in a news release, “This is an opportunity to increase cooperation and collaboration between these two agencies to better serve Iowans.”

A Request for Proposal reveals more details about the planned scope of the reorganization, which is scheduled to begin early next year. Notably, control of infectious diseases is among the areas of the IDPH’s work that will be “excluded from the redesign.”

The Iowa Department of Administrative Services published this document on its bid opportunities website on October 23. Letters of intent to bid are due on November 9, and bids are due on December 7. The state will select a winning bidder in late January, with a view to starting project work in mid-February.

The state is seeking a contractor to assist the departments on objectives that include merging programs with shared goals so as “to improve delivery of services and most effectively leverage available funding sources.” The contractor will also be expected to help improve technology systems and data sharing across programs.

The state wants to establish a “no wrong door policy,” so that Iowans in need could fill out a single application, and the agency could determine their eligibility for various services and supports.

Another task for the contractor will be to “Identify effective and appropriate workload distribution and methods for ongoing client management, including caseload management.” In recent years, “horrific deaths” of some children at the hands of foster or adoptive parents shone a light on deficiencies in staffing and case management at DHS. Brianne Pfannenstiel reported for the Des Moines Register in October 2017 that total employment at DHS dropped by 17 percent from 2002 to 2017, and “the number of front-line people handling child welfare cases for the department” dropped “by about 15 percent during that same time frame.” Meanwhile, caseloads rose for social workers in the field. For those with the classification “Social Worker 2,” the average caseload went up from 91 cases in 2002 to 109 cases in 2017.

The state appears to be interested in public-private partnerships. The RFP calls for help in finding “expanded funding sources” and “opportunities for collaboration and partnership” between state agencies and “community based stakeholders” working with the populations served.

The following areas of the public health department’s work are excluded from the realignment:

While it’s understandable the state doesn’t plan to combine those services with the work of DHS, the epidemiology team could frankly use outside assistance to fix the ongoing, large discrepancies in the reported COVID-19 case totals, test numbers, and positivity rates on Iowa’s coronavirus dashboard. The state is still removing thousands of test results from published data, two months after IDPH claimed to be solving that problem.

Lina Tucker Reinders, executive director of the Iowa Public Health Association, hadn’t yet reviewed the details of the RFP but told Bleeding Heartland on October 26 that any redesign “has to be a transparent process that focuses on building trust” between staff for the two state agencies and between state and local public health agencies.

She added that it would be important to incorporate what’s known as a “Public Health 3.0 model” that goes beyond tinkering with program delivery to addressing broader social, economic, and environmental conditions affecting public health. “To fully support Iowa’s public health workforce,” Tucker Reinders said, “any assessment of and recommendations to IDPH and DHS should be done through a health equity lens. We must be intentional about closing disparities in health and human services outcomes, otherwise we risk unintentionally widening them.”

She noted that the U.S. Centers for Disease Control “put equity at the center of everything” when it recently revised its framework on “10 Essential Public Health Services.”

Final note: Page 13 of the RFP warns prospective bidders that information they submit “may be treated as public information” unless they “properly” request that the material be kept confidential under Iowa’s open records law. Under a state policy enacted in 2016, “companies must request confidentiality and cite provisions in the law to justify the redactions.” The Iowa Department of Administrative Services, which handles competitive bidding, used to allow private companies to shield anything they wanted from public view when they sought state contracts.