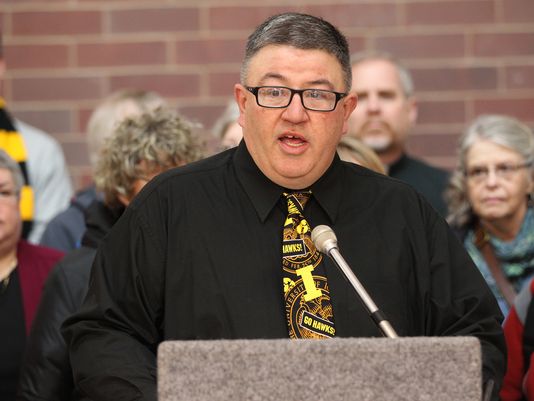 Ten things Iowa Democrats should do

Democrats struggled through the 2016 postmortem. Why did Hillary Clinton lose? Was it an archaic, racist Electoral College? Yes. Racism? Yes. Sexism? Yes. Economic anxiety? Yes. Russia? Yes. Comey? Yes. Because she was deeply disliked? Yes. Because she ran a bad campaign? Yes. All are legitimate reasons for her loss.

The reason Democrats nationally have had such a difficult time with this is really pretty simple: We want a silver bullet. We want there to be one thing we need to fix. We refuse to recognize that multiple things can be true at once. Until we recognize this, we will not improve our performance.

Nationally, places like Georgia, North Carolina, and Texas look promising. Demographics in those places are moving in the favor of Democrats. In Iowa, the opposite is true. So how do Iowa Democrats move forward?

I do not pretend to have all the answers. But I do have a few ideas. Like I noted earlier, nothing I say here is a silver bullet. But I do think some of these things will help. So here it goes – a David Letterman-style Ten Things Iowa Democrats Should Do:

2. There is going to be a lot of discussion about whether Democratic candidates need to be more moderate or more liberal. I actually don’t believe that is the main issue. I think Iowa Democrats need some candidates with some pizzazz!

I felt really good about both John Norris and Diedre DeJear, neither of which was a candidate of the far left. But they were fun and exciting, and made things feel important.

We need candidates who are less scripted by DC and more genuine. I don’t think you have to be a leftist to call out Kim Reynolds’ mishandling of the pandemic. But her response should piss you off! Almost two thousand Iowans are dead! Let’s put forth a candidate who feels something about that! I’m ready to have someone pound a fist on a table! Show some emotion!

3. Weed. The Democratic Party needs to get some gumption (I had another metaphor here earlier) and embrace legal marijuana. Yes, there are downsides for a certain percentage of people. But those are more than offset by the health and legal benefits that accrue to many others. This issue alone will win a swing district, but Democrats only tiptoe around it.

Don’t let the GOP beat us on this issue because we are too timid. We have 2-4 years before we lose our opportunity on this issue. It is good for Iowans and good electorally. Just do it.

4. You can’t “outfarm” Rita Hart. She couldn’t be more of a farmer. Other than a few years at college, she has lived and worked on the farm her entire life. Yet she lost the farm vote overwhelmingly to an ophthalmologist. Knowing the price of corn does not matter. 90 percent of farmers are not going to vote for Democrats. Period.

But most rural and small-town residents are not farmers. We need to talk to rural residents and find out what matters to them. It may not necessarily be at odds with the desires of urban voters. Take health care, for example. It is a big problem in both rural and urban areas.

5. Door knocking still matters. I understand why Democrats from top to bottom did not knock doors. But the strategy hurt badly. Look at Johnson County. Rita Hart got about 68 percent of the vote. Joe Biden got 71 percent. The difference between those two numbers is about 2,000 votes. That puts Hart in Congress. I am convinced that she failed to get those votes because she was not allowed to meet people.

6. We need to move to texting rather than calling. I made literally thousands of phone calls this year. Literally 90 percent of those calls did not lead to a conversation. When I talk to younger people about this, they look at me as though I am from Mars. They say, “Of course they didn’t answer. You need to text!”

Look – I am an old dog. I grew up with a party-line phone, for God’s sake. I prefer phone calls. But I am not the future. In 2022, we should only call people 55 and older. Everything else needs to be a text.

7. Let’s get back to the basics. Let’s get county Democratic central committees involved in hyper-local races. Recruit and run candidates for city councils, school boards, and township trustees. Most of these races are uncontested in small towns. Let’s contest them!

Go even one step further down the ladder and recruit people to serve as volunteers on local planning and zoning commissions, library boards, and other appointed positions. This is how people gain experience. This is where candidates come from. This work is not “beneath” us. We must do it.

8. Similarly, run candidates for courthouse offices. Joni Ernst was a county auditor. Kim Reynolds was a county treasurer. Recruit candidates, help them with voter contact, and help fund their campaigns. $500 just might win the county recorder seat in a small county. Again, too many of these races go uncontested.

9. The people in charge at the Iowa Democratic Party need to talk to the people who already hold office. I have received about a quarter million votes in general elections during my time in office. Nobody from the state party has ever asked me my opinion about anything. Former Chair Troy Price would visit the county for events, and he always made me feel really good when he did so. But I wish the IDP saw me as a resource.

Sure, I have nagged them about things, and on some occasions, they have assigned a person to hear me out. But I wish I was viewed as an asset and not a liability.

Instead of writing off elected officials as anomalies, perhaps the IDP could engage us. I cannot even imagine what it would be like to have the Chair and Executive Director invite a person like me to lunch. I would love to be taken that seriously.

Most of these fixes are not short term. In fact, it is much the opposite. It will take a great deal of investment and patience before it bears fruit. This is all going to take a long, long time.

Top photo of the author taken from Rod Sullivan's political Facebook page and published with permission.