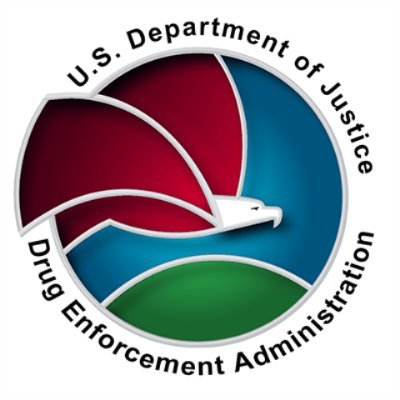 Your petition is denied because the CSA controls marijuana under schedule I, and your requested exemption would result under the circumstances in the lapse of regulatory controls and administrative, civil, and criminal sanctions applicable to substances placed on the various CSA schedules.

Of course it would. That's the point. Why would we ask for an exemption that does not exempt anything?

The DEA has already recognized a broad exemption from schedule I for religious use of peyote, 21 C.F.R. §1307.31, so of course DEA can recognize the same thing for a state. States created the federal government; DEA owes its very existence to the states. DEA would have no authority to exempt a church from federal schedule I if the states hadn't given the agency that authority in the first place. In other words, the DEA is biting the hand that feeds it.

The lack of any positive conflict between an exemption and existing drug law is important, because federal drug law uses that same language in its anti-preemption clause:

No provision of this subchapter shall be construed as indicating an intent on the part of the Congress to occupy the field in which that provision operates, including criminal penalties, to the exclusion of any State law on the same subject matter which would otherwise be within the authority of the State, unless there is a positive conflict between that provision of this subchapter and that State law so that the two cannot consistently stand together.

The DEA obstinately argues that none of this matters and that no exemption is required to maintain constitutional balance, citing Raich v. United States, a 2005 U.S. Supreme Court opinion, for the proposition that the federal drug laws are a constitutional exercise of federal legislative authority. And yet, the exemption from federal schedule I for peyote has never been questioned by the DEA as inconsistent with federal drug legislation.

Perhaps the new Biden Administration will instruct the DEA to reconcile its inconsistent application of the federal drug laws to the states. The president-elect has said he will respect state cannabis laws. Biden's marijuana policy states:

We filed our petition filed with the DEA in January 2019, but immediately afterward I began talking with state officials in the Iowa Department of Public Health about it. They were receptive. Just like me, state officials did not think they were doing anything wrong by authorizing the use of cannabis. It was not their intent to authorize violation of federal drug laws. I presented the issue to the Iowa Medical Cannabidiol Board in February 2019.

In March of last year, I asked legislators to add an amendment stating our state program is exemption from federal drug laws, but instead a different amendment was added to a pending medical cannabis bill. The amendment said our state cannabis program is not federally regulated. DEA does not agree and thinks Iowa lacks federal authority. So, it's not as simple as stating the obvious if DEA doesn't recognize the obvious. The amendment was not as strong as I had hoped for. And in any event, that bill did not pass during the 2019 legislative session.

In August 2019, I got the Iowa Medical Cannabidiol Board to recommend that the Iowa Department of Public Health obtain acknowledgement from DEA that our medical cannabis program is exempt from federal drug laws. And at the beginning of this year, that board recommended the legislature consider an exemption from federal drug laws. The IDPH declined to move forward with the federal exemption at that time.

After returning to work in June, the Iowa legislature included language in House File 2589 directing the IDPH to obtain federal funding guarantees for Iowans who use medical cannabis. Section 31 of that bill states:

PROTECTION OF FEDERAL FUNDING.  The department of public health shall request guarantees from the agencies of the federal government providing funding to educational and long-term care facilities that facilities with policies allowing patients to possess medical cannabidiol on the grounds of the facilities consistent with chapter 124E or allowing facility staff to administer medical cannabidiol to a patient shall not lose eligibility for any federal funding due to such policies.

The IDPH finally agreed in September that the only way to obtain federal funding guarantees is to obtain an exception from the federal drug laws. The state agency stated:

In their 2019 Annual Report, the Board recommended that IDPH seek protections for schools and facilities participating in our program and acting in compliance with Chapter 124E.

The General Assembly prescribed in HF2589 that IDPH "seek guarantees" that Federal funding to institutions and facilities acting in compliance with Chapter 124E not have their funding withheld due to participation in Iowa's program.

The Department has determined that it will move forward with seeking an exception for cannabis as a schedule I substance in Iowa from the DEA, in attempt to minimize conflict between State and Federal Law.

The Department will seek this exception using Title 21 Code of Federal Regulations 1307.03.

IDPH was not deterred by the DEA's November 10 letter denying our petition. But that letter has certainly given IDPH something to consider during the transition in the federal executive branch administrations.

Beyond the ridulous assertion that an exemption can't be recognized because it would create an exception to the federal drug laws, DEA also relied on congressional intent and international drug scheduling: "For these reasons, your proposed rule would be contrary to the purposes of the CSA and to obligations arising from the Single Convention. Your petition is therefore denied."

The timing of DEA’s letter is interesting, coming just one week after the general elections and only a few weeks before the International Narcotics Control Board vote to reclassify cannabis.  The United States supported removing cannabis from the most restrictive of the international schedules.  One has to wonder if the DEA had to act fast while the status quo was still intact.

Indeed, on December 2 the International Narcotics Control Board removed cannabis from the most restrictive classification of the 1961 Single Convention on Narcotic Drugs.

Congressional intent is also changing rapidly. The U.S. House of Representatives passed the Marijuana Opportunity Reinvestment and Expungement Act of 2019 by a vote of 228 to 164 on December 4.

Specifically, the MORE Act removes marijuana from the list of scheduled substances under the Controlled Substances Act and eliminates criminal penalties for an individual who manufactures, distributes, or possesses marijuana.  The Congressional Record contains the final version of the bill:

Ms. JACKSON LEE.  Mr. Speaker, pursuant to House Resolution 1244, I call up the bill (H.R. 3884) to decriminalize and deschedule cannabis, to provide for reinvestment in certain persons adversely impacted by the War on Drugs, to provide for expungement of certain cannabis offenses, and for other purposes, and ask for its immediate consideration.

And of course, the federal budget has included an exception for state authorized use of cannabis since 2014.

International treaties also have exceptions in them for domestic laws and constitutional limitations of a party to the treaty.

Whatever reasons Congress had for placing cannabis in schedule 1 in 1970, those reasons have certainly diminished over time.

The exemption for peyote has been in existence since 1970, and the international treaties have had explicit exceptions in them since 1970 for constitutionally enacted domestic laws.

If state-authorized use of cannabis is unconstitutional, DEA needs to explicitly say so instead of relying on the cowardly claim it had no obligation to recognize them. A federal agency cannot stand idly by if states are enacting unconstitutional laws and then attempt to intimidate and harass the citizens who attempt to engage in the activity authorized by those same laws. DEA could challenge these state laws in federal court before innocent people are entrapped by them.

Iowans for Medical Marijuana filed a new petition with DEA on December 9, pointing out, among other things, that the federal budget has been making exceptions for state authorized use of cannabis since 2014, and the international treaties have now been amended to reduce international restrictions on cannabis.

A total of 47 states have now authorized medical use of cannabis and DEA thinks it can deny them protection under the U.S. Constitution without challenging the constitutionality of those state laws. We don't think federal drug laws give the DEA that authority.

Carl Olsen is the founder of Iowans for Medical Marijuana.