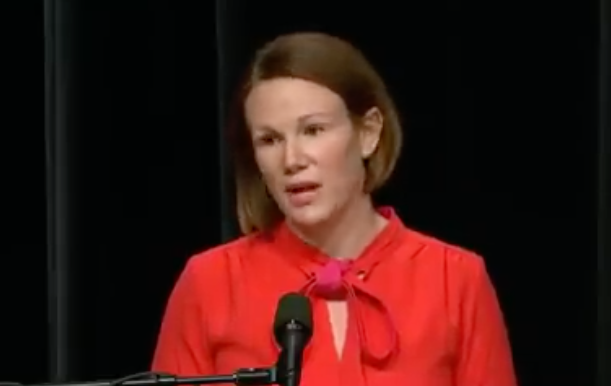 Iowans are unable to observe council members as they consider how to balance the needs of disparate groups at high risk from the novel coronavirus. Ryan Foley reported for the Associated Press on December 16 that the council "has met twice this month without giving prior notice to the public, publishing an agenda or allowing the public to participate as required by the Iowa Open Meetings Act."

The IDPH maintains that Iowa Code Chapter 21 does not apply to an advisory council created by a state agency. But not every expert on the law concurs.

Garcia said "first and foremost," public health officials were trying to balance "transparency" with "having a free flow of conversations." Discussions about prioritizing groups for receiving the vaccine are "difficult" and "challenging," and the agency wants to ensure "a free flowing dialogue."

To "strike that balance," Garcia added, the IDPH will publish meeting minutes as well as any recommendations the group adopts.

But I want the clinicians and the other experts in that room to be able to ask questions of each other without additional criticism of what those questions might be. It will provide the healthiest of recommendations.

No doubt many state boards and councils would prefer to discuss sensitive matters away from public view. Chapter 21 doesn't contain any exemption for government bodies that need to have difficult conversations, or whose members want to avoid criticism over ideas they might float.

Pitt followed up: "So do you know what exception it would meet under the law?" Garcia said she'd be happy to share a more detailed explanation later.

STATE SAYS NEW COUNCIL IS NOT A "GOVERNMENTAL BODY"

The Infectious Disease Advisory Council (IDAC) meetings are exempt from the open meetings law as IDAC does not meet the definition of a “governmental body” under law. Specifically, IDAC was convened by the Iowa Department of Public Health to provide advice and consultation to the Department’s Director and Medical Director in the development of COVID-19 vaccine distribution guidance and prioritizations. Under the open meetings law, advisory boards and commissions are covered “governmental bodies” only if they are created by the governor, the general assembly, a statute, or an executive order. Iowa Code § 21.2(1)(e), (h).

Ekstrand repeated Garcia's assurances that recommendations on vaccine distribution "will be released to the public once finalized by the Council," saying the "initial guidance document" may be available on December 21.

I turned to Randy Evans, executive director of the nonprofit Iowa Freedom of Information Council, which advocates for government transparency. He agreed that this council is not subject to Chapter 21, as it was not “expressly created by the statutes of this state or by executive order.” However, Evans noted that the law "does not prohibit" holding open meetings of the new body.

There is no greater public interest issue in Iowa right now than the vaccine distribution decisions the state makes. Keeping the public out of these meetings of the advisory group only serves to invite skepticism and distrust of the group’s recommendations.

It may be more convenient and less embarrassing for the group to meet without the public being present, but that convenience comes at a heavy price — the loss of public confidence.

This hardly is the first government board that has to make potentially controversial or unpleasant decisions. State and local boards do this all the time, and they do this in public meetings.

"EXECUTIVE ORDERS ARE NOT LIMITED TO THE GOVERNOR"

Gary Dickey, a Des Moines attorney who has litigated open meetings cases, provided Bleeding Heartland with a different analysis of the relevant statutes. He agreed that Chapter 21 "applies only to a 'governmental body,' which, in turn, must be created by the governor, general assembly, statute, or an executive order."

Here, the legislature has expressly vested authority to manage public health emergencies, such as novel infectious viruses, within the Iowa Department of Health and authorized the Director to “[e]stablish ad hoc and advisory committees to the director in areas where technical expertise is not otherwise readily available.” Iowa Code section 135.11(23).

Accordingly, when the director established the IDAC, it's hard to argue that the council is not an “advisory committee . . . created by statute . . .” to develop and make recommendations on public policy issues.” Iowa Code section 21.2(1)(h).

In addition, Dickey argued, the council "is clearly the product of an executive order."

The Department apparently interprets “executive order” to mean only gubernatorial executive orders. But, that is not true. As the Iowa Attorney General has explained that an “executive order is commonly defined as a rule or order having the force of law by an executive authority of a government, usually under power granted by constitution or delegated by legislation.” 1993 Iowa Op. Atty. Gen. 59 (Nov. 18, 1993).

Here's the full text of that 1993 advisory opinion from the Iowa Attorney General's office. Its main conclusion:

Advisory bodies created by school boards and county boards of supervisors to develop and make recommendations on public policy issues are included within the expanded definition of governmental bodies subject to the Open Meetings Law, despite the legislature's use of the phrase “created by executive order of a political subdivision.”

The opinion acknowledged some "ambiguity" in how a new provision of the open meetings law used the term "executive order." But it noted that Code Chapter 21.1 "expressly states" that "Ambiguity in the construction or application of this chapter should be resolved in favor of openness.”

When in doubt, Iowa courts have looked to dictionary definitions of words in question. [...] An “executive order” is commonly defined as “a rule or order having the force of law issued by an executive authority of a government, usually under power granted by a constitution or delegated by legislation.” Webster's New International Dictionary Unabridged (3d ed. 1966).

For Dickey, the 1993 opinion demonstrates that "executive orders are not limited to the governor."

Here, the IDPH Director’s order establishing the IDAC is an executive order because it was done under her expressly granted authority under Iowa Code section 21.2(1)(h) as well as the agency’s administrative rules designating her as the “incident commander during public health emergencies and disasters.” 641 IAC 170.4(1)(g).

What about the agency's perspective that the vaccine advisory council wasn't created directly by the governor or legislature? Dickey explained,

If only the governor possesses the authority to issue an executive order, then there would be no need to include executive orders in the definition--and subsection (1)(h) would be superfluous.

As for the idea that the vaccine advisory council should be able to discuss challenging matters in private, Dickey found that concept "not only arrogant," but also contrary to the open meetings law's purpose. "The more sensitive the issue, the more transparency is necessary so that the public is able to hold its public officials accountable."

Tom Witosky, a retired investigative reporter who worked at the Des Moines Register for many years, pointed me to a 1977 Iowa Supreme Court majority opinion. In that case, the court held that Iowa State University's athletic council was subject to the open meetings law. Although the powers exercised by the council were "delegated by the university administration," the ISU administration's powers "originate with a legislative grant of authority to the state board of regents."

For that reason, the justices determined the athletic council met the statutory definition of a "council" which is "authorized by the laws of this state."

The keeper of the Ditchwalk blog reminded me that the open meetings law generally applies to committees created by the Iowa Board of Regents, the governing body for state universities. For instance, see this October 2020 memorandum from the Regents regarding the search committee for the University of Iowa's next president.

Even if reasonable minds may differ about the definition of a "governmental body," the IDPH should heed the first paragraph of Chapter 21: "Ambiguity in the construction or application of this chapter should be resolved in favor of openness."