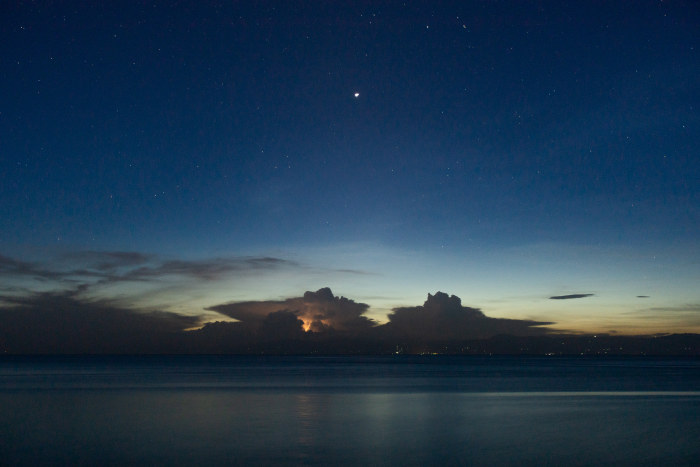 Christmas in a year of loss and uncertainty

The holiday season tends to be a particularly difficult time for those who are bereaved, and 2020 brought loss to the world on a scale most people in developed countries had never seen. The U.S. is on track to set a record for deaths occurring in one year, primarily because of the coronavirus pandemic.

At least 3,744 Iowans are known to have died of COVID-19, according to the state’s website (3,741 according to the latest figures published by the U.S. Centers for Disease Control). Our state’s death toll from March through December will surely top 4,000 once we have final data. The new, more accurate counting method the Iowa Department of Public Health adopted this month often involves weeks of delay. An analysis the New York Times published on December 16 estimates that Iowa experienced about 3,900 excess deaths from March 15 to December 5, compared to the same period in a typical year.

This week, the Dubuque Telegraph-Herald profiled many local families who lost loved ones to COVID-19 this year. For the first article in that series, Bennet Goldstein interviewed Chuck Davis. His wife Kathy Davis was the first Iowan confirmed to have died of coronavirus.

In case you missed it last month, I recommend Jared Strong’s three-part series for the Carroll Times Herald on the aftermath of a card game among four friends. Journalists working at nine daily newspapers from around the state contributed to the “Iowa Mourns” series, published to commemorate many who passed away from COVID-19. Most of the articles appeared in October, but new profiles continue to be added.

In addition to devastating hundreds of thousands of families, the pandemic also led to enormous economic hardship, with record job losses and more Americans facing food insecurity and hunger. The federal government’s response fell far short of the need, and the package members of Congress approved this week is now in limbo.

The bill would temporarily increase unemployment benefits, rental assistance, and extend a federal eviction moratorium. It would also provide $600 checks for every American, which might have gone in the mail next week, if President Donald Trump had signed the legislation promptly. Instead, he unexpectedly demanded that individuals receive $2,000 checks as a condition of signing. On Christmas Eve, House Republicans blocked a Democratic effort to amend the bill by unanimous consent, increasing the direct payments to $2,000. The House is expected to take a roll-call vote on the same proposal on December 28.

Iowa’s Republican Senators Chuck Grassley and Joni Ernst voted for the latest COVID-19 relief package but have not commented publicly on Trump’s threat to block the bill, or whether they would support larger payments to individuals. Nor did they speak about the president’s veto of the National Defense Authorization Act on December 23. Although that bill passed by large bipartisan majorities in both chambers, it’s not clear how many House and Senate Republicans would vote to override Trump’s veto.

If you are celebrating Christmas today, I hope you are able to find some peace and joy despite everything that has happened this year. Stay safe and check in by phone or online with loved ones you can’t see in person.

A few other holiday-themed links:

Richard Lindgren explored the “political roots of the Christmas story” on his blog, When God Plays Dice.

The “great” conjunction of Jupiter and Saturn delighted many sky-watchers this week. Unfortunately, visibility was poor in Windsor Heights on the evening of December 21. But you can find wonderful photographs of the alignment all over the web. The image at the top of this post is the work of Ardnie Caballero, who photographed the night sky about 40 minutes after sunset on December 21 in Aloguinsan, Cebu, Philippines.

Johannes Kepler, a 17th century astronomer, was the first to suggest that a conjunction of planets may have inspired the story of a “Christmas star” guiding the Magi to where Jesus was born. It seems unlikely that the “Star of Bethlehem” was an alignment of planets, because those tend to be visible for a relatively short period. Christian legend holds that the wise men had a long journey to Bethlehem. Other common theories about what astronomical phenomenon might have looked like a bright star in the sky–the planet Venus, a supernova, Halley’s comet, or a meteor–are also not scientifically plausible.

Anyone interested in religious history will enjoy Andrew McGowan’s essay on “How December 25 Became Christmas.”