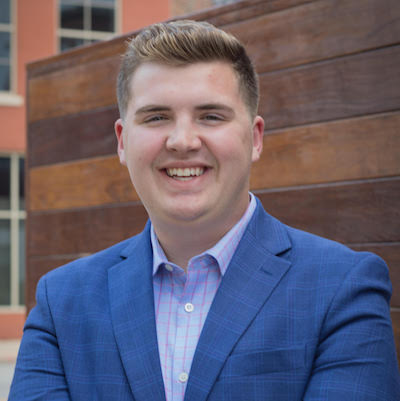 Tanner Halleran is a college student, chair of the Keokuk County Democrats, and 2nd Vice Chair of the Iowa Democratic Party. -promoted by Laura Belin

About Me & My Political Background

For those reading this post, I will personally know some of you and be unknown to others. I include this section to give you insight into my life—past & present—so that by the end, you can hopefully have a better sense of my character, my determination, and grit for/within this party.

Growing up in Sigourney (a small town in rural Iowa), my parents and community raised me. If you’re familiar with this particular upbringing, too, you know that values and humanity for one another are significant and revered within the community. In 2015, when I started to pay attention to the unfolding presidential election, these instilled moral directives drew me to the Democratic Party. As I continued to pay attention to political happenings along the campaign trail, I had the opportunity to participate in a mock caucus co-hosted by the Keokuk County Democrats and the Keokuk County Republicans at my high school.

Following the mock caucus, I became involved with the Keokuk County Democrats. As a naive 16 year old, I was easily the youngest in the room at any given time and had nothing to offer but my willingness to learn and listen, and my freshly-issued driver’s license to knock doors.

Contrary to some youth’s horror stories, I was embraced by my fellow Keokuk County Democrats and later elected to serve as their Vice Chair. As I worked my way through high school and the challenges of being a teen, I continued to seek new political opportunities and applied (and was later accepted) to be an Iowa Senate page during the 2017 session. During this highly formative experience, I was exposed to the legislature’s workings, the personalities tied to it, and elected to chair the Keokuk County Democrats following the vacancy of the position in the spring.

When I was elected chair at age 17, I became the both the youngest current county party leader and the youngest in the Iowa Democratic Party’s history. At that moment, I assumed responsibilities that made my worries over zits, bad high school haircuts (looking back now), and relationships obsolete as I gladly accepted the challenges associated with the position.

As a county party, our job is to promote the Iowa Democratic Party’s message, our candidates, and raise money to do the former two objectives. However, being from a rural, predominantly conservative area makes doing all of them hard. Due to this, I had to look outside the box, use divergent thinking, and form connections with Iowans throughout the state to create successes for our county’s Democrats.

From these connections, I became involved with the 2nd Congressional District Democrats as the Finance Chair (2017-present), the College & Young Democrats of Iowa as Communications and Finance Director (2018-2020), and later the State Central Committee as a 2nd District Representative (2018-2020). In December 2019, during a special election for the Iowa Democratic Party’s executive officers, my peers on the State Central Committee elected me to serve as the 2nd Vice Chair. My term will officially conclude on January 23, which is why I am running for re-election as a state party Vice Chair.

Qualifications & Reasoning for Running for Re-Election

Throughout my time in the party and different positions, I’ve used my instilled principles to guide me and help better the party. Without question, we, as the Iowa Democratic Party, have more work to do in the future to create a truly inclusive space for all Iowans. In 2020 alone, we faced many challenges that pushed us and made us question past-norms and look towards the future for change.

One of my favorite songs is “A Change Is Gonna Come” by Sam Cooke. Change doesn’t happen without effort, which means we need strong people in leadership who are willing to put in the work necessary to create it. Therefore, I put my name forward once more for consideration to be one of those leaders.

I’ve worked tirelessly and with perseverance during my time in the party, and now I’m prepared to continue doing just that and help manifest the necessary change for our state and party. I believe my age, fresh perspective and outside the box thinking, understanding of and connections to rural Iowa, past experiences within the party’s different structural levels, and proven work ethic position me as a strong candidate for a Vice Chair and aid me in my run for re-election.

As a Vice Chair of the Iowa Democratic Party, I’m afforded the ability to work on projects, among other things, that I believe are beneficial to the party. Truthfully, aside from a global pandemic that throws everything into chaos, one year is not enough to create meaningful change for any organization. In saying this, that does not mean that there has been a lack of effort.

Following the 2020 caucuses, I worked day and night (some very late ones too), on top of school and a 35+ hour/week job, to complete the work necessary for our party to move forward. Despite the inability to connect in-person for most of last year, I’ve held/attended countless Zoom meetings, phone calls, and virtual coffee meet-ups to share ideas and have conversations with Iowa Democrats. These examples go to show that despite overwhelming circumstances, I am here to do the work necessary.

While this is not an exhaustive list of ideas and/or to-dos, these are my top priorities and projects if I am fortunate enough to be re-elected as a Vice Chair of the Iowa Democratic Party:

Editor’s note from Laura Belin: Bleeding Heartland welcomes guest commentaries from all candidates for Iowa Democratic Party chair or vice chair. Please reach out if you are interested in writing.