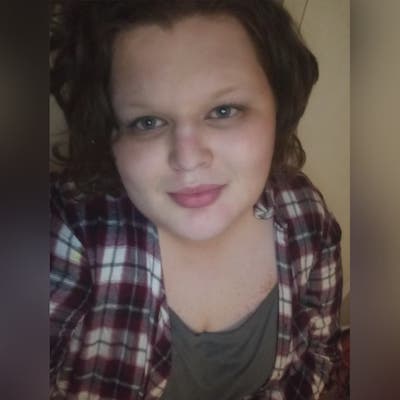 My name is Kyla Paterson and I’m running for Iowa Democratic Party Vice Chair. I am a 24 year old non-binary trans person who goes by the pronouns they/them/theirs, but I am also comfortable with people using she/her/hers.

I have been involved in activism in Johnson County for eleven years, and worked on three campaigns in the past year during a global pandemic, and I am the immediate past Stonewall Caucus Chair. I also served as a State Central Committee Member from 2018 to 2020. I grew up in Riverside, a small town in Washington County, where I was taught to support my friends and neighbors.

My political involvement began in 2004, when my parents began taking me to Iowa City or Washington to hear presidential candidates speak. Since then, I’ve been engaged by canvassing or helping make food for volunteers on campaigns. When I gained experience and was old enough, I began to work for candidates and campaigns.

I am running to be the Iowa Democrats’ Vice Chair because I believe our party needs progressive leadership. Our state party is at a very important crossroads: we can support the same strategy and path that has failed us, election cycle after election cycle, or we can create new ideas and bring new voices to the table to help us win back Iowa.

My service as the Stonewall Caucus Chair helped prepare me for what this state party needs to grow. I had the opportunity to meet LGBTQ+ Iowans at community, state party, presidential candidates’ and Pride events over those years, and the theme that kept arising is that people want to be heard and have a voice within the party, but feel unheard, tokenized and marginalized.

I learned how to organize a statewide group with the Stonewall Caucus, which needed a strong core. From a nearly inactive caucus, I built a vibrant and dynamic group that was active at community and party events, while also holding multiple meetings around the state engaging in conversations with LGBTQ+ Iowans. Likewise, I believe this state party needs leaders to build, who will not only give people voices, but a party wherein voters can trust in the decisions made on their behalf.

Early on in my engagement with the Iowa Democratic Party, I observed a lack of transparency amongst state party leadership. We further lost people’s trust over our mishandling of the 2020 Iowa caucuses, not just with missteps that led to the problems we experienced, but the aftermath – the decisions that were made, and who was making them. We Democrats deserve to have leadership who will make sound decisions, take responsibility for those decisions, and move this party forward with full transparency.

Some IDP members are satisfied with the status quo, primarily those who have enjoyed long-time leadership positions. However a growing number of new voices, including voters, do not. We deserve a responsive state party that reflects our values, including new values, and respects new ideas.

I recently left the party in 2020, over issues with the state party leadership’s lack of transparency, and have rejoined since the election, because I still believe this party is something to fight for.

I will fight for a new, progressive, inclusive vision for our state party. I believe that I am the best candidate because:

I want to be held accountable and I pledge to be transparent. I hope to earn your support over the next few weeks.