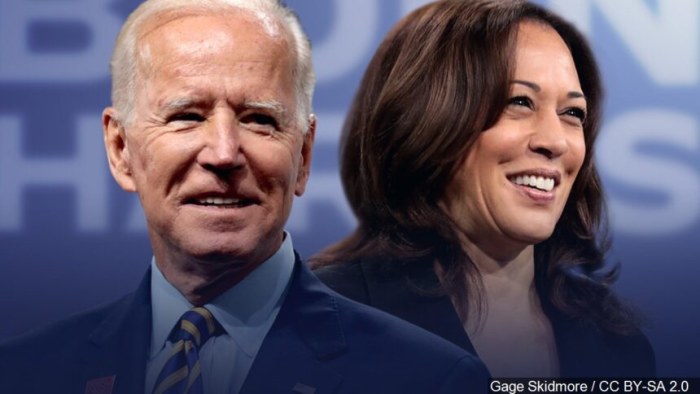 We should not respond in kind

Jerry Foxhoven: Democrats who now control the federal government should try to work with Republicans. But they must be prepared to move on without them. -promoted by Laura Belin

The aftermath of our most recent election is a sad case of divisive politics on steroids, coupled with revenge and retribution by our outgoing president and his allies. It has shown the darkest side of the Republican Party as shaped by Donald Trump: a willingness to put our entire democratic republic at risk just to throw a temper tantrum over an election loss.

Our elections have occurred. Recounts and audits have been conducted. Appropriate challenges have been addressed by the courts. Governors have certified the results. And the electoral college has voted. The time for questioning the results has passed; the time for the formal counting of the electoral college votes, as prescribed in the Constitution and statute, has arrived.

Even former U.S. House Speaker Paul Ryan, a Republican, said in a statement early this month that efforts “to sow doubt about Joe Biden’s victory strike at the foundation of our republic,” adding, “The fact that this effort will fail does not mean it will not do significant damage to American democracy.”

Then, the president and his allies enabled mass insurrection that caused property destruction at our Capitol, the death of at least five people, and a shocking view of America to our enemies and allies around the world. In spite of that, a number of Republicans in Congress continued to object to declaring Biden, the duly elected candidate, to be the president-elect.

It’s hard not to want to take aim at the Republicans who were willing to be so destructive of everything that Americans hold dear just to coddle an immature and irreverent president. The Trump administration was so reckless about the best interests of the country that they refused to fully cooperate with Biden’s transition team to allow for a smooth transition during an unparalleled public health crisis.

The former secretaries of defense, in their public letter, noted the danger to the nation by refusing to facilitate a smooth transition of power.

Transitions, which all of us have experienced, are a crucial part of the successful transfer of power. They often occur at times of international uncertainty about U.S. national security policy and posture. They can be a moment when the nation is vulnerable to actions by adversaries seeking to take advantage of the situation.

Now that the Democrats control the White House, the U.S. Senate, and the U.S. House, it is tempting to respond in kind by doing to the Republicans exactly what they did to Democrats. But not so fast: is that approach really the best thing for our country?

We have elected a “centrist” whose campaign mantra was to bring the country together to solve the problems of the pandemic, economy, environment, race relations, foreign affairs and other pressing issues. So, should we really seek revenge by acting like the Republicans did when they were in control? I think not.

So, how should we respond? The right response has been known for centuries.

Marcus Aurelius said, “The best revenge is not to be like your enemy.”
Albert Einstein said, “Weak people revenge; strong people forgive; intelligent people ignore.”
Frank Sinatra said, “The best revenge is massive success.”
And Michelle Obama said: “. . . when someone is cruel or acts like a bully, you don’t stoop to their level. No, our motto is, when they go low, we go high.”

In short, the best revenge is to show everyone in the world that our country is much better after the Trump Republicans are no longer in control.

With Trump in charge, Congressional Republicans were willing to cater to his whims regardless of the impact on the health of Americans, the environment, the safety net for our most vulnerable citizens, or even our national security. Now that he is gone, that may or may not change. At least some Republicans in Congress (albeit very few so far) are showing a willingness to put the best interests of our country front and center. They may disagree on some policy details, but can probably be counted on to work with our new president and their new colleagues to find common ground to move our country forward.

Of course, there are also plenty of Republicans whose agenda will be to make Biden (and, hence the country) fail. It will probably take a bit of time for the new reality to sink in and to gauge where the new “minority” Republicans will land. Biden is faced with a tough balance: he must try to work with Republicans, but he cannot let their resistance stop the country from emerging from these difficult times.

This task is especially challenging because there are so many issues that have reached a crisis stage that delay is unacceptable and possibly destructive. Biden will have to test the waters quickly and be willing to move on without Republicans if they refuse to come to the table to solve our nation’s crises.

The first test will be the confirmation of Biden’s cabinet choices. While most Senate Republicans say the president should be able to pick his own team, some may try to prevent him from doing so. Of course, if the Senate is able to show that the president’s choices are not qualified for their appointment, senators should exercise their constitutional duty and refuse to confirm the candidate. However, if the appointees are qualified, confirmation should be quick and unanimous.

At this point, it appears that all of Biden’s picks for his cabinet are well qualified for their positions. If Republican senators vote against fully qualified candidates to obstruct and delay progress, Biden should take this as a sign that he must move on with addressing our nation’s problems without them. If senators show restraint and respect, he should work with them to find solutions to the issues facing the country.

If Republicans refuse to cooperate in the best interests of the nation, what can we do? First, if Senate Republicans show a preference for obstruction rather than cooperation, Biden can issue executive orders to take quick and decisive action. Trump did so routinely when he wanted to avoid involving Congress in his decision-making. The executive order must be recognized as a tool in the president’s toolbox to address the challenges facing America at this time if Senate Republicans refuse to work to find common ground.

Second, if Senate Republicans obstruct progress, Democrats will be forced to eliminate the filibuster rule. This rule requires a “super majority” (60 votes) for most legislation to advance. With such a close balance in the Senate, this rule can be used to stop progress on all of Biden’s agenda, making the will of the people (as shown by their election of him as president) subservient to a procedural rule not found in the U.S. Constitution. I urge senators to show restraint. The abolition of the filibuster rule should only occur if Senate Republicans show an unwillingness to “come to the table” to find common ground.

After experiencing several years of refusal by House Republicans to work across the aisle, Democrats controlling the House have already taken action. They have recently increased their ability to move legislation forward by passing a plan to weaken Republican opportunities for end-stage amendments to bills. These motions (called motions to recommit) provide political opportunities for the minority party to force difficult votes in order to play “gotcha” on the party in the majority. Under the rule change, the motions would not amend the bill text, but would merely send the bills back to committee, making it easier for the Democratic majority to simply defeat them.

Biden has a history of working across the aisle to tackle tough issues for our country. If Republicans are willing to cooperate with him and with Congressional Democrats to find common solutions, Democrats should join them in uniting for a better America. If, in this battle for the soul of the nation, Republicans are not willing to cooperate for the good of the country, the president and his allies in Congress must be prepared to “build back better” without them.

Biden has said he believes that our best days still lie ahead. I believe it too. The only question in my mind is whether Republicans want to be a part of bringing about those best days. We will do it with them or without them. But wouldn’t it be better to do it with them?

Jerry Foxhoven is an attorney, child advocate, former law professor, and former director of the Iowa Department of Human Services.