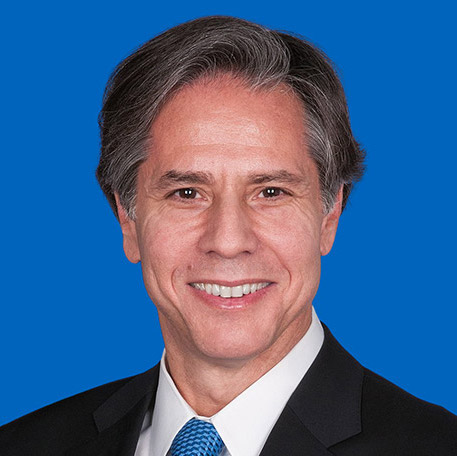 During their six years serving together in the U.S. Senate, Iowa’s Senators Chuck Grassley and Joni Ernst have rarely landed on opposite sides of a roll call vote.

The Senate confirmed Antony Blinken as secretary of state on January 26 by 78 votes to 22 (roll call). All 50 members of the Democratic caucus and 28 Republicans, including Grassley, voted yes on Blinken. Ernst was among the 22 Republicans who voted no.

The senator’s office has not released a statement explaining this vote, nor have staff responded to Bleeding Heartland’s request for clarification. The group opposing Blinken includes most of the senators considered to be on the far right of the GOP caucus, as well as several viewed as potential presidential candidates (Mike Lee, Tom Cotton, Josh Hawley, Ted Cruz, and Rand Paul).

No one could argue Blinken is unqualified; he was Biden’s staff director on the Senate Foreign Relations Committee, as well as his national security advisor when Biden was vice president and deputy secretary of state later in Barack Obama’s tenure as president.

Last week, Ernst opposed the first Biden nominee to come to the Senate floor: Avril Haines for director of national intelligence. Ernst’s staff never responded to Bleeding Heartland’s inquiries about that vote but told other media it was related to Haines’ stance on the multilateral Iran Nuclear Deal negotiated during the Obama administration. Grassley voted to confirm Haines, as did all but ten Republican senators.

On January 25, Iowa’s senators were part of the 84 to 15 majority voting to confirm Janet Yellen as secretary of the Treasury. The no votes on that confirmation included most of the same crowd that opposed Avril Haines.

On January 22, both Grassley and Ernst were among the 93 senators who voted to confirm Lloyd Austin as secretary of defense; only two Republicans (Hawley and Lee) voted against that nomination.

UPDATE: Ernst’s staff did not respond to Bleeding Heartland but provided this statement to Mario Rossi of Channel 5 tv news.

As a combat veteran and member of the Senate Armed Services Committee, Senator Ernst has serious concerns over Mr. Blinken’s support of the failed Obama-era foreign policy, including the disastrous Iran Nuclear Deal that she believes lacked basic oversight and enforcement, largely benefited Iran, and ultimately made America less safe. As Senator Ernst has said, she is hopeful to work together with the Biden Administration in a bipartisan way, but that no matter who is serving in the White House, she will remain focused on always putting Iowa’s and America’s interests first.

As Secretary of State, I nominate Tony Blinken.

There is no one better prepared for this job.

He will be a Secretary of State who previously served in top roles on Capitol Hill, in the White House, and in the State Department.

And he delivered for the American people in each place.

For example, leading our diplomatic efforts in the fight against ISIS. Strengthening America’s alliances and position in the Asia-Pacific. Guiding our response to the global refugee crisis with compassion and determination.

He will rebuild morale and trust in the State Department, where his career in government began. And he starts off with the kind of relationships around the world that many of his predecessors had to build over years.

I know. I’ve seen him in action. He is one of my closest and most trusted advisors.

And I know him, and his family — immigrants and refugees, a Holocaust survivor who taught him to never take for granted the very idea of America as a place of possibilities.

He is ready on Day One.