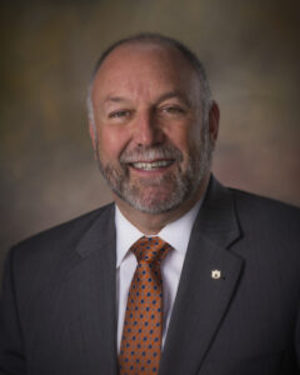 Where are they now? Steven Leath edition

A contact recently asked what Steven Leath is up to lately. Longtime Bleeding Heartland readers will recall this site’s extensive coverage of the scandal regarding the Iowa State University president’s misuse of state-owned aircraft. Leath resigned as ISU president in March 2017 to accept a position as president of Auburn University in Alabama. However, that university’s trustees agreed in June 2019 to pay Leath $4.5 million to walk away from the job two years into a five-year contract. He is due to collect the last of three $1.5 million payments this July.

While Leath was still at Auburn, President Donald Trump appointed him to the National Science Board, a body that advises Congress and the presidential administration on matters related to science or engineering. His term will expire in May 2024. Leath walked then-candidate Trump across the field before the Iowa/Iowa State football game in September 2015, a controversial act he said was not meant as an endorsement. He has long been friendly with Donald Trump, Jr., with whom he sat during the Iowa State men’s basketball “Sweet Sixteen” game in Madison Square Garden in March 2014.

The younger Trump and Leath share an interest in hunting, which is the focus of the former university president’s newest position. The Council to Advance Hunting and the Shooting Sports announced in October that Leath would serve as the organization’s executive director, beginning January 1, 2021. How much he will earn in that job is not clear; available tax returns indicate the nonprofit has been paying a firm owned by the council’s CEO between $186,139 and $193,584 annually for “general management services.”

In late 2017, Leath sold the Hardin County land he had purchased the previous year, with the help of a company run by then Iowa Board of Regents President Bruce Rastetter. He still has at least one formal connection to Iowa, though, as an advisory council member for the World Food Prize Foundation in Des Moines.

Full text of October 29, 2020 news release from the Council to Advance Hunting and the Shooting Sports:

(Washington, D.C.) – The Council to Advance Hunting and the Shooting Sports is pleased to announce that Dr. Steven Leath will serve as the next Executive Director for the organization, beginning January 1, 2021.

Leath will serve as the third leader for the Council since its formation in 2009. The organization’s mission is to facilitate the promotion and growth of hunting and the shooting sports and the education of the public on the contributions that hunters and shooters make towards wildlife conservation. Through the last decade, the Council has maintained active participation in hunting and target shooting by focusing on the national initiative to recruit, retain, and reactivate (R3) hunters and target shooters in America. Since its founding, the Council has facilitated many vital projects that have helped develop and lead a growing community of professionals to improve state, regional, and national R3 efforts. The Council has lead landmark projects such as the National Hunting and Shooting Sports Action Plan, the award-winning National R3 Community, the National R3 Symposium, the award-winning National R3 Implementation Workgroup, and most recently, the National R3 Clearinghouse. From this foundation, Leath will lead the Council to continue advancing R3 efforts in 2021 and beyond.

“Leath brings a wealth of experience and a remarkable conservation ethic to the Executive Director position,” commented J.D. Strong, chairman of the Council’s Board of Directors and Director of the Oklahoma Department of Wildlife Conservation. Strong continued, “The Council, our board and staff have worked tirelessly to grow this organization and are dedicated to the unifying purpose to increase participation and support for hunting, target shooting, and conservation. Through our search process, we determined that Dr. Leath is the best candidate to lead this organization forward, and we are confident that with his skill set, and the established team at the Council, we can expect great things from the organization in the years to come.”

Prior to joining the Council, Leath served as President of both Auburn University and Iowa State University and Vice President of the University of North Carolina System. During his tenure, he oversaw efforts to substantially increase funding, expand the research enterprise, and elevate the profiles of all three institutions, all while ensuring student success and educational excellence remained paramount at each.

Leath is a plant pathologist, earning multiple degrees in the field, including a Bachelor of Science from Penn State University, a Master of Science from the University of Delaware, and a Ph.D. from the University of Illinois at Urbana. He lends his extensive knowledge and experience to numerous organizations, serving on the Council of Advisors for the World Food Prize, their Foundation Board, and the Board of Directors for the Boone and Crockett Club. Leath is currently fulfilling a six-year term on the National Science Board, a position to which he was appointed by President Trump in 2018.

Leath is an experienced outdoorsman, avid hunter, and committed conservationist. In addition to the Boone and Crockett Club, he is a member of several hunting and shooting organizations and holds a life membership in the Rocky Mountain Elk Foundation. Leath has had a lifelong interest in archery; he owned a retail archery shop and still shoots weekly and lends his expertise to others in the industry as a consultant. He has developed highly successful wildlife forages and is currently developing a new forage series for a major outdoor brand.

His passion for outdoor pursuits extends to his family, and he and his wife, Janet, enjoy spending time outdoors with their adult sons, Eric and Scott, and Quill, the family’s yellow Labrador retriever. Together with his sons, Leath operates a commercial Christmas tree farm in North Carolina, a business he launched more than two decades ago.

“It is a tremendous opportunity to lead the Council into the future. Working to advance hunting and shooting sports is a lifelong passion, one that is deeply important to me,” said Leath. “These endeavors are the backbone of conservation in our country, and I am looking forward to helping instill these values into the next generation of outdoorsmen and women.”

In the coming months, Leath will work alongside current Council CEO and President John Frampton, and he will officially assume the Executive Director role on January 1, 2021, upon Frampton’s retirement.

Top photo of Steven Leath originally posted on the Council to Advance Hunting and the Shooting Sports website.