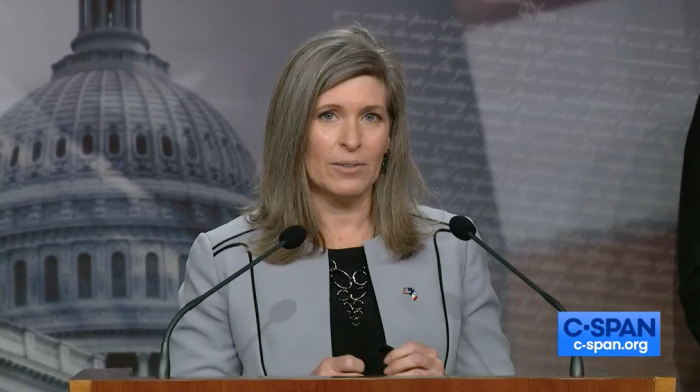 During their six years serving together in Congress, Iowa's two Republican U.S. senators have rarely differed on matters that came to the Senate floor. But seven weeks into Joe Biden's presidency, a pattern is emerging: Senator Joni Ernst is more inclined to reject the new president's nominees than is her senior colleague Chuck Grassley.

In most cases, Ernst has not released any statement explaining her confirmation votes. Her staff have not responded to Bleeding Heartland's inquiries about why she opposed specific nominees or her general approach to evaluating prospective cabinet members.

The Senate has confirmed sixteen of Biden's nominees at this writing. I've linked to roll call votes showing which GOP senators voted against each person.

Ernst and Grassley voted for seven of the Democratic president's picks:

Ernst and Grassley have both voted against the following nominees:

On March 11, Iowa's senators voted against advancing two nominations the Senate will consider next week: Xavier Becerra for Health and Human Services secretary (48 Republicans opposed) and Deb Haaland for Interior secretary (42 Republicans opposed). Ernst and Grassley were also both expected to oppose Neera Tanden, who withdrew her nomination to lead the Office of Management and Budget.

Ernst has voted against confirming six nominees whom Grassley supported:

Ernst's office explained her vote against Regan in a March 10 news release:

“While I appreciate Mr. Regan’s experience working on environmental issues and his commitment to taking into consideration the opinions of our farmers when it comes to implementing the Biden agenda, I still have serious concerns about the path this administration will take on issues like renewable fuel and agency rulemaking. President Biden has already taken steps to roll back the Trump Administration’s Navigable Waters Protection Rule and transition the federal fleet to electric vehicles. This, coupled with the unsuccessful record of the Obama-Biden Administration on securing E15 year-round and their harmful WOTUS rule leave me concerned about how Mr. Regan will handle important issues to Iowans. Regardless of who is leading the EPA, I will continue to be a champion for my home state’s biofuel industry, farmers, manufacturers, and businesses and stand up against radical policies like the Green New Deal,” Ernst said. [...]

She hasn't issued public statements about her other no votes on confirmations. In communication with some other reporters, Ernst's staff said her concerns about the multilateral Iran deal informed her votes against Haines and Blinken.

As for the cabinet nominees Ernst supported, her office has published a statement about only one of them: fellow Iowan Vilsack.

It's hard to fathom why the senators wouldn't want to explain their stances on those appointed to various senior government positions. Whether they are Biden fans or detractors, Iowans have an interest in understanding their senators' thought process on such matters--not only when a cabinet official's work is directly connected to agriculture.

UPDATE: As expected, Iowa's senators were among the 40 Republicans who voted against confirming Haaland on March 15. Neither released statement explaining their opposition to her.

LATER UPDATE: On March 16, Ernst and Grassley both voted to confirm Isabella Guzman as head of the Small Business Administration (seventeen Republicans opposed). The following day, both were part of the unanimous vote to confirm Katherine Tai as U.S. trade representative.

On March 18, Iowa's senators were among the 49 Republicans who opposed Xavier Becerra's confirmation as Health and Human Services secretary. The same day, Grassley voted yes and Ernst no on the motion to advance Marty Walsh's nomination as Labor secretary (30 Republicans opposed).

That makes nine Biden nominees who have gained the support of both senators from Iowa, five whom both Ernst and Grassley opposed, and seven supported by Grassley but not Ernst.

LATER UPDATE: On March 22, Ernst was one of 29 Republicans to oppose Walsh to lead the Labor Department. Her office did not release a statement explaining her position. Grassley voted to confirm Walsh.