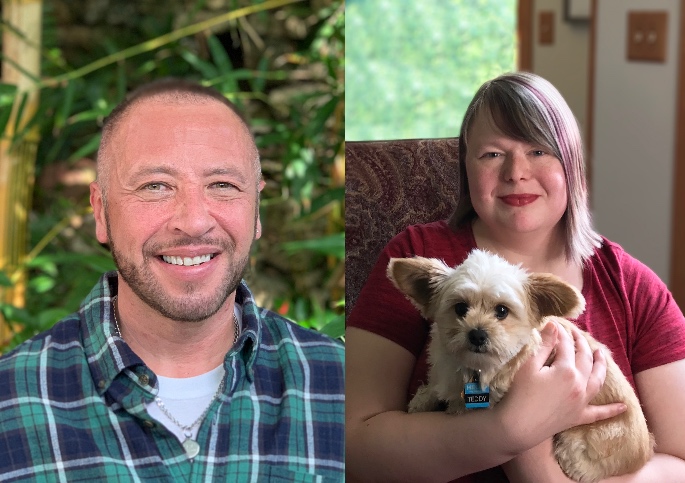 Two years ago this week, on the day before the Iowa legislature completed its work for 2019, Republicans added two new discriminatory provisions to the state's health and human services budget. Both code sections quickly spawned litigation. Planned Parenthood's lawsuit against language designed to exclude the organization from sex education grants is now pending before the Iowa Supreme Court, after a District Court found the prohibition violated the state constitution's equal protection guarantee.

A case challenging language that authorized discrimination against transgender Iowans on Medicaid never got that far. But on April 22, the ACLU of Iowa and the national ACLU LGBTQ & HIV Project filed a new lawsuit in Polk County District Court.

DISMISSED WITHOUT A RULING ON THE MERITS

The 2019 law was the legislature's response to a unanimous Iowa Supreme Court ruling, which found that a longstanding administrative rule prohibiting Medicaid coverage for gender-affirming surgery violated the Iowa Civil Rights Act. The state's civil rights law has prohibited discrimination on the basis of gender identity since 2007.

Republican lawmakers amended the Iowa Civil Rights Act's section on unfair practices in accommodations or services to state that the law "shall not require any state or local government unit or tax-supported district to provide for sex reassignment surgery or any other cosmetic, reconstructive, or plastic surgery procedure related to transsexualism, hermaphroditism, gender identity disorder, or body dysmorphic disorder."

Soon after Governor Kim Reynolds signed the budget bill, the ACLU of Iowa filed suit on behalf of Aiden Vasquez and Mika Covington. Both are transgender Iowans covered by Medicaid, whose doctors have determined that gender-affirming surgery is medically necessary. The plaintiffs argued that the law “facially discriminates on the basis of being transgender” and “was motivated by animus toward transgender people.” Notably, Medicaid will cover almost any surgery health care providers deem to be medically necessary, except for transgender or intersex people.

A Polk County judge ruled in July 2019, and the Iowa Court of Appeals affirmed last August, that the plaintiffs' claims were "not ripe for adjudication," because they had not exhausted their administrative remedies within the Iowa Department of Human Services. From the opinion written by Appeals Court Judge Richard Doyle and joined by Chief Judge Thomas Bower and Judge Julie Schumacher:

Covington and Vasquez have not requested Medicaid pre-authorization, their Medicaid providers have not evaluated the request, and no notice of decision had been issued. The district court determined that until their Medicaid providers deny them coverage, the controversy is purely abstract because they have not been adversely affected in a concrete way. We agree. Although the ICRA [Iowa Civil Rights Act] amendment is clearly calculated to allow Medicaid providers to deny gender-affirming surgical procedures to transgender Iowans, nothing prohibits Medicaid providers from allowing such a claim. Thus, any dispute is speculative until a denial occurs and the matter is not ripe for adjudication.

The case was dismissed without a court considering whether the amendments to the Iowa Civil Rights Act were unconstitutional.

When the District Court ruling came down in the summer of 2019, Bleeding Heartland lamented, "Covington and Vasquez must jump through hoops that will take many months, possibly years, before any court can consider their claim that denying Medicaid coverage for medically necessary procedures violates their constitutional rights."

Nearly two years later, the Iowa Department of Human Services has done exactly what the law intended. Medicaid will not cover transition surgery for Vasquez, so he is the plaintiff in the lawsuit filed last week. Covington's request for coverage of her gender-affirming surgery is pending before the state agency. The ACLU confirmed that Covington will join the lawsuit if the DHS denies her Medicaid coverage as well.

In written statements, Vasquez and Covington explained why the care they are seeking is essential. "I would like everyone to understand that we are not talking about cosmetic surgery or something superficial," Vasquez said. "This has affected my whole life in a negative way and has threatened my mental well-being. I am a man, but in a body that does not reflect who I am. That’s why this surgery will be life-changing."

Covington came out as transgender more than a decade ago, but due to the state's law, "I am currently forced to live in a body that does not align with my gender, the gender that I am in my mind and in my heart." Being unable to obtain the medical care she needs "affects every aspect of my life, creating tremendous stress that triggers anxiety attacks, anguish, and other health problems. This surgery is literally life-saving for me."

The ACLU of Iowa's legal director Rita Bettis Austen boiled the constitutional argument down to this: the state’s policy "is a clear violation of equal protection under the Iowa Constitution because it facially and intentionally discriminates against people simply because they are transgender." The law "has no basis in medicine or science," because major medical associations agree "that gender dysphoria is a serious medical condition and that surgical treatment is medically necessary for some transgender people."

Final note: the Iowa Supreme Court already accepted that transition surgery is medically necessary for some patients, in the 2019 ruling Republicans rushed to nullify with this discriminatory law. Reynolds has since appointed two justices (Dana Oxley and Matthew McDermott) who were not on the high court when it heard that case. A third justice appointed by Reynolds (Christopher McDonald) took no part in the 2019 ruling, because he was not serving on the Supreme Court at the time of the oral arguments.

UPDATE: Here's the full court filing, which spells out Vasquez's claims under the Iowa Constitution's equal protection guarantee, as well as alleged violations of state constitutional requirements that bills deal with a single subject, and have a title reflecting the bill's content.

Appendix: Excerpt's from the ACLU of Iowa's April 22 press release on the new litigation.

"The ACLU will keep working in the courts to strike down the discriminatory rule and the statute that reinstated it. As the Polk County District Court found in 2018 in the Good-Beal case, the state’s policy of denying transgender people coverage for medically necessary gender-affirming surgery is a clear violation of equal protection under the Iowa Constitution because it facially and intentionally discriminates against people simply because they are transgender.

"We know Iowans, especially transgender Iowans, are tired of the state continuing these discriminatory denials, forcing us to litigate this issue over and over again. But the ACLU is committed to fighting this discrimination as long as it takes to ensure a fair Medicaid system that treats everyone the same.”

"This law brings significant harm to our clients and others who rely on Medicaid and who desperately need this surgery. This law has no basis in medicine or science, and gender dysphoria is a serious medical condition that, in some cases, puts people at risk for death by suicide."

"The consensus among major medical associations is that gender dysphoria is a serious medical condition and that surgical treatment is medically necessary for some transgender people."

"I desperately need this surgery. Having to jump through so many hoops just to try to get coverage for the surgery has been mentally and emotionally very draining and difficult. It’s hard knowing that the state has gone out of its way to discriminate against me and block my medical care just because I’m transgender, when other Iowans on Medicaid are able to get coverage for the surgeries they need.

"I would like everyone to understand that we are not talking about cosmetic surgery or something superficial. This has affected my whole life in a negative way and has threatened my mental well-being. I am a man, but in a body that does not reflect who I am. That’s why this surgery will be life-changing. I have seen too many other transgender people suffer because they are unable to get the care they need.

"I am also involved in this lawsuit to help others. I hope that in suing to get the care I need, we will succeed in forcing the state to do the right thing and end this discriminatory ban so that everyone who needs it can get medically necessary gender-affirming surgery."

“I am a University of Iowa student, studying psychology and German. I am also on the patient advisory board of the University of Iowa Hospitals and Clinics. It becomes increasingly clear to me: All Iowans, regardless of income level, have the right to have medically necessary health care without discrimination. It's wrong to deny Iowans on Medicaid like me their medically necessary care just because we are transgender.

"It's been more than a decade since I have come out as transgender, though I have known I am female long before that. I am currently forced to live in a body that does not align with my gender, the gender that I am in my mind and in my heart. It affects every aspect of my life, creating tremendous stress that triggers anxiety attacks, anguish, and other health problems. This surgery is literally life-saving for me.

"Being able to finally get the surgery that my doctors have determined is medically necessary for me will do nothing less than give me my life back. It will help me build a life in which my body is in harmony with my gender, so I can overcome the depression, lack of confidence, isolation, and other problems my gender dysphoria causes."

Top image: Aiden Vasquez (left) and Mika Covington. Photos provided by the ACLU of Iowa and published with permission.