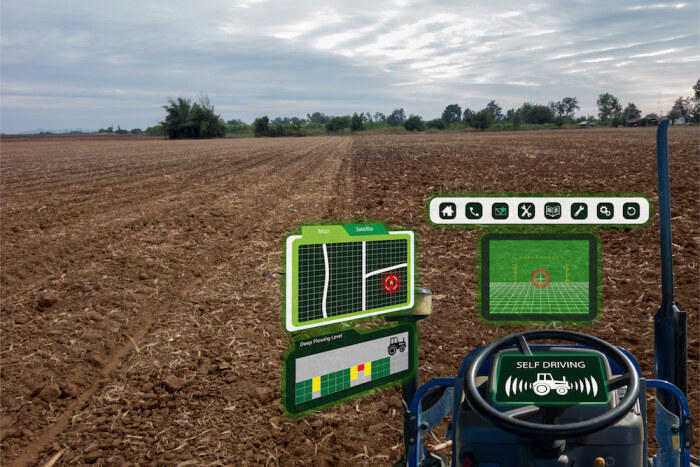 Dan Piller: Far from rescuing rural Iowa, more broadband will hasten the exodus from farms and small towns into the cities. -promoted by Laura Belin

Everybody loves the idea of spending billions of tax dollars to wire the countryside with high speed broadband that is otherwise economically unfeasible. President Donald Trump took a few minutes away from trying to overturn the election last December to reward his loyal rural supporters with $10 billion for the high-speed internet access. President Joe Biden wants to set aside billions more for rural broadband in his “infrastructure” master plan.

In Iowa, Democrats are so cowed by the popularity of rural broadband they’ve acquiesced to Governor Kim Reynolds’ idea to let rural interests help themselves to hundreds of millions of state taxpayer dollars, mostly paid by Iowa’s city dwellers who amount to two-thirds of the state’s population, for rural broadband even though rural broadband will thus join anti-abortion and unlimited gun rights as Reynolds’ calling card to her rural base for her reelection next year.

And why not? Advocates of rural broadband point to one of the few pleasantly gauzy memories of the Great Depression of the 1930s; the advent of government-funded rural electrification that enabled farmers and small town residents to bathe daily and listen to the radio, just like their cousins in the cities.

We’re told that Iowa’s rural school kids will benefit enormously from the high-speed hookups, which will be a significant hidden subsidy to conservative Christian evangelicals’ internet-based home schooling networks (to the detriment of the already-shaky secular rural public schools). Rural health clinics and hospitals certainly will benefit from expanded telemedicine. As a result, broadband boosters say, Iowa’s small towns can return to the days of a century ago when they were bustling little centers of economic and cultural activity.

But everybody may be wrong. Far from rescuing rural Iowa, more broadband will hasten the exodus from farms and small towns into the cities.

Consider this; for all the cherished recollections of rural electrification (and its rural telephone cousin), the percentage of Iowans who live on farms and small towns and can be classified as rural has fallen from more than 60 percent of the state’s three million residents at the dawn of rural electrification in the 1930s to barely more than 30 percent of the same total statewide population in the second decade of the 21st century. The rural decline isn’t limited to Iowa; in neighboring Nebraska, which still calls itself the Cornhusker State, the rural percentage has fallen even lower, to less than 30 percent of its 1.7 million residents.

Economists and rural sociologists know the culprit for this so-called “hollowing out” of rural Iowa; the mechanization of agriculture that began in the late 1920s when the motor-powered tractor replaced the workhorse and shoved hand-guided plows and manual corn husking into the dustbin of history. The ever-increasing tractor motive power after World War II made the traditional 160-200 acre farm obsolete.

By the 1970s the midpoint average acreage of Iowa’s farms, as calculated by the USDA, had risen to 300-500 acres. That midpoint average soared to 900 acres by the end of the 20th century, powered by monster tractors with the equivalent of 600 horses pulling 24-row planters and combines that could harvest up to 16 rows of corn at a time in a manner resembling the hulking machines of Star Wars movies.

The advent of more powerful machines on the farms made larger operations possible, and the resulting consolidation relentlessly reduced the number of farm operations in Iowa, as well as the number of people working them.

While Iowa today still cultivates, plants and harvests the same 24 million acres it did a century ago, the number of farm operations has dropped from more than 275,000 in 1930 to less than 85,000 today. And because more than half of Iowa’s farmland is owned by family members who live elsewhere, many of those 85,000 operators are so-called “custom farmers” who use that big machinery to work more than one farm. Estimates of the number of farmers and farm workers are inexact because of multi-farm family operations and part time farm labor, but they run today no higher than about 145,000 of Iowa’s 3.1 million population who actually live on and work in Iowa’s fertile fields full or part time. Today’s farmer no longer needs what was the ticket to an efficient operation of a century ago, a source of free labor provided by a large family.

To see the impact of that drop in the farm workforce, all one has to do is drive through any small Iowa town, even a county seat, and view the boarded-up main street businesses, the closed schools, grocery stores and cafes and the deteriorating stock of houses that can’t be sold to new owners to fix them up.

Are we really certain that broadband will be the silver arrow to reverse that doleful trend?

Agro-futurists at land grant universities, think tanks, farm implement companies and advocacy organizations tell us that rural broadband is essential for farming to advance beyond the now-commonplace GPS guidance systems on tractors to the next great technological breakthrough, so-called “autonomous agriculture.” Autonomous ag uses the same driverless technology that we’re promised will soon invade our streets and highways. As a practical matter, the driverless tractor, sprayer and combine probably will arrive before highway transportation because it will operate on private land and won’t freak out motorists and pedestrians.

And farmers, despite their homespun image, have a long history of being early adapters to new technologies. David Gilmore, senior vice president of John Deere, told the recent Commodity Classic Conference: “I do know that if the technology is available to the (farmer) and can be implemented with ease and lowers costs of operations, nine out of ten will implement it.”

So the farmer of the future won’t be the hardy yeoman in overalls and a seed corn cap, but a savvy techno-agrarian. He or she will use the same technology that today enables military controllers in Florida to direct deadly drone attacks against troublesome Arabs halfway around the world, to monitor several row crop fields that might be hundreds of miles away.

The control room farmers will eyeball the fields on computer screens whose images will be provided by drones and remote cameras as they watch preprogrammed driverless machinery doing the ageless work of turning soil into food. Those field drones will be smart, using updated information from everything about the weather to soil conditions to think their way down the rows. To the farmer of the future, a cloud will mean more than just the arrival of needed moisture.

Agriculture savors such a technological future because it may solve one of its most persistent problems: the shortage of farm labor. Trump and his more nativist supporters may be beyond any reasoned counter-argument against their mania for restricted immigration. But more thoughtful agrarians noted that those maligned immigrants have been a key replacement for Hunk, Hickory and Zeke, the charming farmhands who were Dorothy’s barnyard friends in The Wizard of Oz and whose descendants have preferred to go to college and live in cities as hedge fund managers or commodity traders.

While the farm of the future will still need a human for periodic tasks such as filling seeds into the planter, loading the sprayers and unloading harvested grain and truck it to the elevator, the computer driven, driverless Iowa farm of the future will definitely require fewer flesh and blood laborers. It is not hard to envision a 500-acre Iowa farm that once supported a married farm couple and a half-dozen kids to be worked in the future by one employee, guided by computer messages from that techno-farmer back in the control room, who doesn’t even live on the property and comes by only occasionally.

Lash’s prediction of consolidation is mainstream among forecasters. Although many Iowans live in terror of their fabled farmland being bought up by city slickers from LaSalle or Wall Street, the reality is that buyers of farmland sold every year are neighboring farmers who, in the style of the rich getting richer, are adding to their holdings.

Present technology limits such purchases to land within an easy drive of a half-hour or less so that the owner can personally oversee the fields and move equipment around. Failing that, he or she is obliged to turn over the operation on those new acres to a family member, a renter or a management company, any of whom will expect a healthy cut of the profit.

But the farm of the future can be monitored remotely and the smaller driverless field drones will work without bathroom or lunch breaks (and overnight, too) without a human to guide them. So a well-heeled southern Iowa farmer in Mahaska County who has long hankered to work some of that flatter, more fertile land in Pocahontas County, will no longer be constrained by the nearly 200-mile drive.

Such an agro-tech future obviously needs the broadest and fastest internet connections, hence the push in the hall of Congress and the Iowa statehouse for taxpayer dollars to pay for it. The American Farm Bureau Federation, which can be counted on dependably to represent the interests of larger farmers, says forthrightly that “rural broadband is essential to modern agriculture,” and goes on to declare support for “a combination of tax incentives, grants and/or regulation to increase the use of broadband access in rural areas.”

How soon this brave new world of technological, autonomous and largely de-humanized agriculture will come is a matter of speculation. A few archaic state laws and fussy insurance companies will need attitude adjustments before driverless farm implements can hit dealer showrooms, but predictions abound that autonomous agriculture will grow at the rate of about ten percent annually through the end of this decade. After that, Iowans speeding along rural highways may see fewer of those monster, 600-horsepower tractors in the fields but rather smaller, bug-like implements earnestly working the field supervised by not by a human but drones overhead. Those virtual farm workers will do everything that a human being in the cab does today except give the one-finger farmer wave.

A broadband-based autonomous agricultural future will mean even fewer but bigger farms in Iowa, remotely managed and with less labor. That hardly seems to be a recipe for the revival of small Iowa communities that traditionally built their economies on farmers and their ample families coming to town for all manner of goods and supplies.

The counter argument, that the existence of high speed internet will lure people from the trendy confines of Des Moines, Omaha and Kansas City back to the rural precincts forgets that those urban dwellers already enjoy high-speed internet and a lot more. And it’s not like rural Midwesterners have flocked to faraway and exotic, libertine places like Los Angeles and New York. The populations of the staid state capitols of Iowa and Nebraska are instructive. Des Moines and surrounding Polk County have grown from 226,000 people in 1950 to a shade under 500,000 today. In Nebraska, Lincoln has seen a similar growth from less than 100,000 in the 1950s to almost 300,000 this year. Not all of those extra people have been refugees from teeming urban jungles in other states.

When considering the predictions of futurists and recent history, one almost suspects that Midwestern Democrats know what they’re doing when they fall in behind Republicans like Kim Reynolds who want to use urban tax dollars to build rural broadband. The long game result will likely speed the depopulation of the rural counties that provide the backbone of today’s Republican vote.

Dan Piller was a business reporter for more than four decades, working for the Des Moines Register and the Fort Worth Star-Telegram. He covered the oil and gas industry while in Texas and was the Register’s agriculture reporter before his retirement in 2013. He lives in Urbandale.