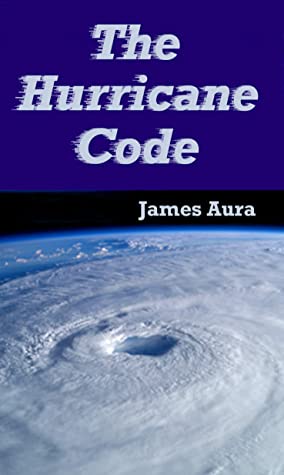 Grace Thomas reviews a novel that explores how unchecked climate change might affect the Midwest. -promoted by Laura Belin

A new science fiction novel should be of particular interest to Iowa progressives. The Hurricane Code by James Aura focuses on the upper Midwest as the story tracks climate refugees fleeing gigantic Category 7 hurricanes that reach well into the Great Lakes region and beyond.

The setting is 2099, and the U.S. is a shadow of it’s former self, with states forced to merge with others as populations drop in the south. The government has handed many life and death decisions to a network of Artificial Intelligence computers whose mission is to protect the human race from extinction.

A fascinating set of characters include a farm boy who has migrated north from southern Missouri, a quantum computer coding daughter of a billionaire, and a Sioux Native American whose people have once again, been driven off their land by swarms of desperate migrants from Texas and Arkansas.

The author’s description of hurricane Iota is particularly vivid:

Four hundred miles east of Brownsville, Texas the ocean ran a fever, churning up huge tides. The surface temperature rose to 98 degrees, thunderstorms raged high in the clouds, and the storm reached tropical cyclogenesis. Computers in weather labs around the globe assessed the power of the disturbance and its likely path. Dr. Branson’s search entities brought back assessments from throughout the hemisphere. They fed the data to his threat analysis computer. Seconds later the A.I. in a confident voice intoned,

“This will be the most powerful storm to assault the earth since before humans appeared. One would have to go back to the greenhouse climate of the Cretaceous to find a comparable system.”

Hurricane Iota turns out to be a game-changer so far as the main characters are concerned, even as they attempt to travel north across a heavily-guarded Canadian border, and relative safety.

Author James Aura told the Dubuque Telegraph Herald, “A lot of novels about climate change are set on the coasts. So I wanted to do an illustration of what might happen in the Midwest and how Midwesterners would react to those kinds of changes.”

The story winds through such places as Wichita, Kansas, Dubuque, Coon Rapids, Minnesota, and Fargo, North Dakota as it moves toward a climax near Regina, Saskatchewan. I found the science, linked with the human drama to be compelling. If you know anyone who says Iowa won’t be affected much by climate change, this book could serve as an eye-opener.

A native of Kansas City, Grace Thomas is a database administrator in Cary, North Carolina.