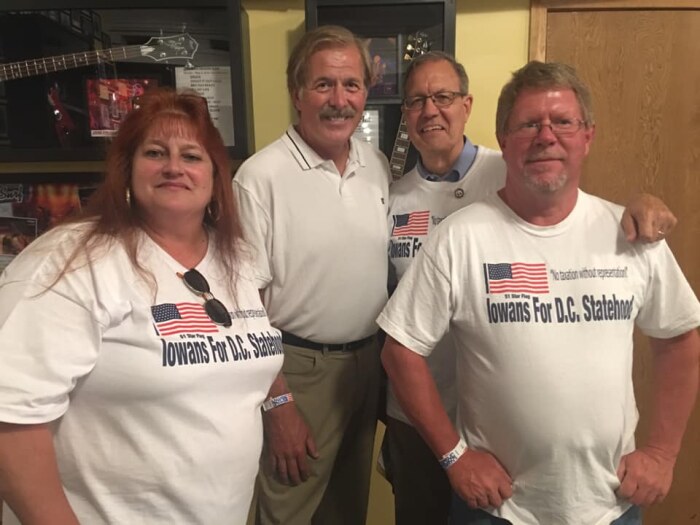 When did party become more important than country?

The Clarinda Herald-Journal published a letter on April 29 by Charles A. Petterson from Persia, Iowa, who criticized U.S. Representative Cindy Axne's vote for D.C. statehood.

I would like to take this opportunity to correct some incorrect claims Mr. Petterson made.

It is constitutional to make the area of land designated by H.R. 51 into the 51st state by an act of Congress, which is, by the way, the same way the last 37 states were admitted. The District of Columbia was created by Article I, Section 8 of the Constitution from land given by Maryland and Virginia. The land belonging to Virginia was given back early on in 1846 leaving the land from Maryland.  Seven of Maryland’s U.S. House members co-sponsored H.R. 51 and both its U.S. senators co-sponsored S. 51. Maryland overwhelmingly supports D.C. statehood.

Mr. Petterson cites Article IV, Section 3, which states, “New states may be admitted by the Congress into this union; but no new states shall be formed or erected within the jurisdiction of any other state; nor any state be formed by the junction of two or more states, or parts of states, without the consent of the legislatures of the states concerned as well as of the Congress.” D.C. can become a state with the consent of Congress by passing H.R. 51 and S. 51 and allowing 700,000 Americans the same right to representation and self-determination as every other state before them.

In addition, not all the land currently part of Washington D.C. would become part of the new state.  A federally controlled district remains intact, just resized to the smaller, actual federal district, still under federal control. The constitution only regulates a maximum size, not a minimum.

Let’s be honest here. The unfortunate reality is too many people, including our elected officials on both sides of the fence, are unable to approach this as an American issue and not a party issue because of the potential for a shift in power due to the district being overwhelmingly registered Democrats.

Of course, Democrats overwhelmingly support D.C. statehood and Republicans overwhelmingly oppose it. With the divisiveness of our current politics, that’s not likely to change any time soon, but where does that leave the people of D.C.?  How can we deny democracy to any of our own citizens for political purpose and think we are justified? Are we not the ones who fight for democracy around the world?

People across the country have to stand together as Americans and put our country and its people over party. It’s time we start fighting for democracy right here at home!

Top photo provided by Tamyra Harrison (on left) with other supporters of D.C. statehood.