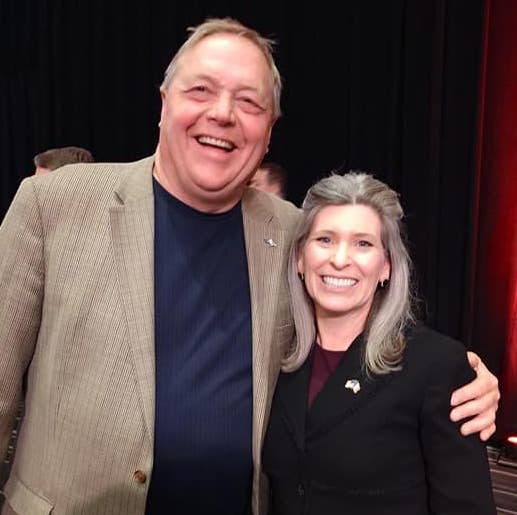 On the morning of May 25, the Scott County Board of Supervisors held a special meeting to appoint a new county auditor to succeed Roxanna Moritz, who stepped down last month. According to Iowa’s open meetings law, if a majority of a governmental body's members meet, their meeting must be publicly announced at least 24 hours in advance and must be held in "open session," accessible to the public. In addition, meeting minutes must be made publicly available.

Mark Ridolfi reported in the North Scott Press on May 18 that board chair Ken Beck and fellow Supervisor Tony Knobbe had met to discuss the only person considered for the auditor's position. At that time, Maxwell shared that he knew and had spoken with the candidate they had identified.

Maxwell backtracked the next day, telling Quad City Times reporter Tom Barton that he did not know who the appointee was, and that he would “find out when everybody else does on Tuesday morning.”

Maxwell’s admitted knowledge of the prospective appointee implies that he had spoken with Beck or Knobbe or both about the matter. If he had only spoken with one other supervisor, the conversation might not technically violate Iowa law. (Many government bodies have used so-called "walking quorums" to get around the open meetings requirements.)

In other words, Maxwell would have no reason to hide a conversation with only one other supervisor about the auditor appointment. So, what is he afraid of?

Maxwell’s cover-up grew shadier on May 25. While defending himself against what he called an accusation of “dishonest practice” at the board meeting, he claimed that “Democrats already have 1,900 signatures for the special election petition. Let’s see where the law stands on that.”

In fact, the Scott County Democrats and its affiliates began collecting signatures in accordance with Iowa’s laws on petitioning for a special election, on the day after the board's meeting. As if Maxwell’s childish attempt at distracting the public from his wrongdoing weren’t bad enough, he shared blatant misinformation in his own defense.

The “accusations” Maxwell defended himself against were voiced by Democratic Supervisor Ken Croken. In an attempt to converse more openly with Maxwell about his shifty commentary, Croken said during the May 25 meeting that his intention was not to question the integrity of his fellow supervisor.

I do believe Scott County residents ought to question Maxwell’s integrity, based on what looks like an attempt to cover up an open meetings law violation, and his false statements at the board meeting.

Unsurprisingly, this is not the first time Maxwell has engaged in backroom politics as a public official.

In a letter to the editor of the Quad City Times this March, Scott County resident & progressive activist Karl Rhomberg wrote, “Until last week Iowa had a law about serving in two elected offices at once. When Supervisor Maxwell got elected to the North Scott School Board, he broke that law and, by that law, forfeited his seat on the Board of Supervisors. Smith and Des Moines Republicans changed the law in three days just for him.” (State Senator Roby Smith, who represents a Scott County district, inserted a provision in Iowa's election law to fix the problem.)

Maxwell’s abuse of power reflects his arrogance and utter disregard for the constituents he claims to represent. He seems more interested in political gamesmanship than doing what’s right by those who elected him. Being elected to the Board of Supervisors doesn’t grant him the power to act behind closed doors, and it certainly does not put him above the law.

Scott County deserves honest representation and transparent politics. Its residents must hold Maxwell accountable before he uses his political clout to once again skirt Iowa law. And even if he doesn’t go so far as to pull strings in Des Moines, we mustn’t let him believe that a possible cover-up will go unseen and unquestioned.

Maxwell’s apparent violation of Iowa’s open meeting law must be formally investigated. If he isn’t held accountable now, we should not be surprised if he breaks the law again and tries to cover it up.

Lorraine recently graduated from a university that was about as far away from interstate 80 as her childhood home in Scott County. In her free time, she enjoys procuring vintage stationery, buying fresh veggies from her friends at the farmers market, and gabbing to residents of the East and West coasts about Iowa. Don't ask where she's really from.